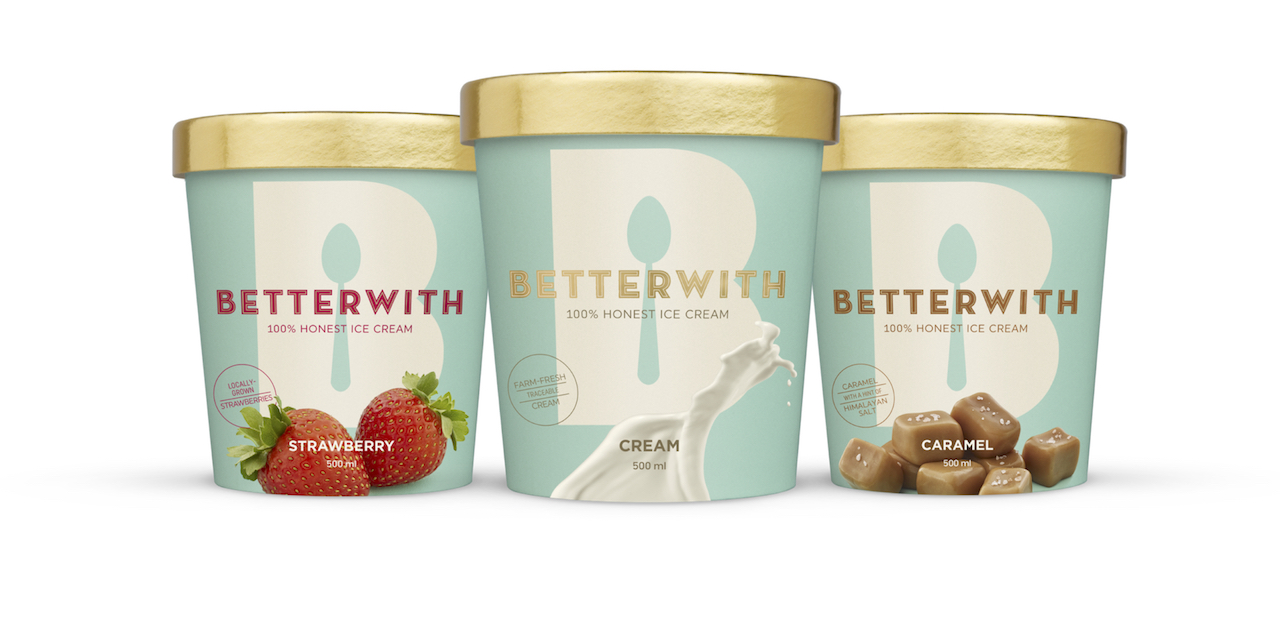 An upstart Canadian ice cream brand is using a focus on quality ingredients, traceability and the colourful personality of its founder to cozy up to customers in a tough market segment.

Betterwith ice cream debuted this week in Whole Foods and Choices Markets in Western Canada. It is the brainchild of Lori Joyce, who co-founded the successful Cupcakes chain with her business partner Heather White in 2002. Cupcakes has grown to 11 locations nationwide (primarily in western Canada, although there is also a store in Toronto) while Joyce and White also went on to star in the W Network show The Cupcake Girls.

“[Joyce] is part of the marketing strategy,” said Scot Keith, president of Vancouver agency 123W, which worked with Betterwith to develop its logo (a capital “B” with an upright spoon creating the spaces inside the letter) as well as its packaging, website and point-of-sale material.

Keith said that is has been particularly rewarding to work with a brand from shortly after inception until its first appearance on store shelves.

“I love everything we do, but when you can help a real entrepreneur that truly wants to make the product great from the ground-up, it’s great,” he said. “All the feedback from retailers to everyone’s who seen it and tasted it, has been ‘This is a winner.’ There’s something kind of fun when you actually help create the DNA of a product.” The brand’s colour scheme, which is built around an elegant light blue, is designed to reflect ice cream’s status as an affordable luxury, said Keith, whose agency has previously done branding and identity work for clients including Muskoka Brewery and Kal Tire.

The strategy was to create what Keith calls a “colour block” for Betterwith, enabling it to own a space in the freezer case, which is often riot of colour and a jumble of styles. It’s a tactic that has been employed with considerable success by General Mills’ Häagen-Dazs brand, which tends to commandeer a section within the freezer but not the category as a whole, said Keith.

“Quite frankly, a lot of the packaging in this industry is not very good at all,” he explained. “There’s a sea of sameness, and on top of that it’s hard to see what the ingredients are on some of the brands, because they have a uniform look.”

Keith said that packaging has grown in importance as mass-marketing’s influence has waned and consumers increasingly make purchase decisions in the store. “We’re huge believers that the packaging itself is the primary medium,” said Keith, noting that the trend is manifesting itself in multiple categories.

“I worked in the mainstream beer industry for years, and you wonder why some of the big beer brands are getting killed,” he said. “Quite frankly, they look terrible.”

He attributed the focus on appearance to the fact that most small start-ups don’t have the marketing budget to compete for attention with a multi-national like Unilever, forcing them to make their packaging more appealing to consumers.

“All the basic stuff that every company did before they got gigantic, that’s what you’ve got to do,” said Keith.

Betterwith enters the market at a time when ice cream consumption has cooled considerably. According to the Canadian Dairy Information Centre (CDIC), annual consumption fell from 9.85 litres per person in 2005 to 4.79 litres in 2015.

Betterwith also faces stiff competition from the ice cream Big 3 of Nestle Canada, Unilever Canada and Chapman’s Ice Cream, which control an estimated 64% of the Canadian market according to the CDIC. 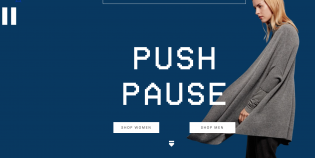 Fashion retailer's shoppable video promotes a more chill Black Friday
Load More
Sign in
NOTE: You must be a magazine subscriber to gain access to the digital issues and archives.