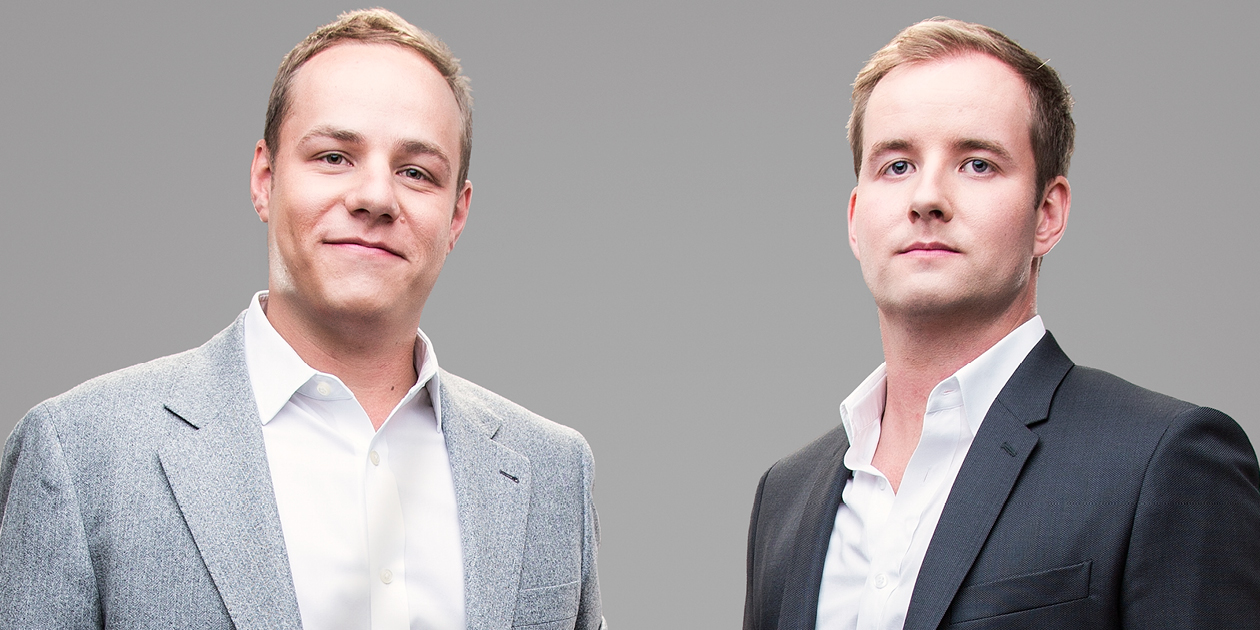 30 Under 30 – Bill Konrad and Geordie Konrad Konrad Group is a digital agency built to stand on its own indefinitely. Though twin brothers Bill and Geordie started the business when they were just 20, they plan to still be running it when they’re 50.

From a tiny three-man freelance operation (they co-founded it with Hooman Bahador in 2007), the company has expanded to nearly 200 employees spread across five offices in three countries (U.S., Canada and Costa Rica). Around three quarters of its revenue comes from Fortune 1000 clients, half of which are based in the U.S., such as Deloitte, Nestlé and McDonald’s. At its core, Konrad Group offers digital design and development, but it has a strong focus on digital marketing strategy as well.

Paul McGrath, executive producer of interactive content at CBC, says Konrad Group is set apart by its focus on the long-term. CBC brought the company on board for a project nearly five years ago, and has since relied on them for interactive experiences for CBC shows, social campaigns, websites and apps. Likely its most well-known CBC project is Canada’s Smartest Person, an interactive TV game show where viewers can answer questions and respond to challenges online along with the contestants. Konrad Group designed the app, and developed the processes that let CBC collect tens of thousands of responses from across Canada in real-time.

The plan for a long-lasting company extends far beyond digital experience design (while keeping technology and creativity at the core of what they do). The Konrads incubated and spun out a very successful mobile restaurant management app called TouchBistro, now used by thousands of restaurants across North America. Konrad Group retains a minority stake in the business, and Geordie is a board member and part-time executive there.

Another of their recent investments is a Toronto startup called BrainStation, which hosts post-graduate courses taught by active professionals in marketing, design and technology. Seeing an opportunity to scale its curriculum, the Konrads committed $10 million and internal agency resources to upgrade all of BrainStation’s branding and digital materials from its website and ecommerce platform to the scholarships it offers to underrepresented students.

What Bill and Geordie, 28, are most excited about is BrainStation’s future headquarters — a 20,000 sq.ft historical building downtown Toronto (and a former backpackers’ hostel) that will eventually house workshops, event spaces, conference rooms and a 4,000 sq.ft. patio. They’ve even created their own concept coffee shop for BrainStation students and locals — Quantum Coffee, where you can order an authentic pour-over coffee made by a robot in five minutes, using a mobile order-ahead app that saves your payment credentials (yes, just like Uber).

But we’re only seeing the beginnings of their ambition. The co-CEOs are planning for a future with thousands of employees spread across dozens of markets, they say. “We’re not building for a quick buck, to try to position ourselves for six months from now,” says Bill. “If we’re going to be a world-leading company in these categories in five or 10 years, what is that going to look like? We’ve taken extremely serious and long-term steps to accomplish those goals to be that company.”