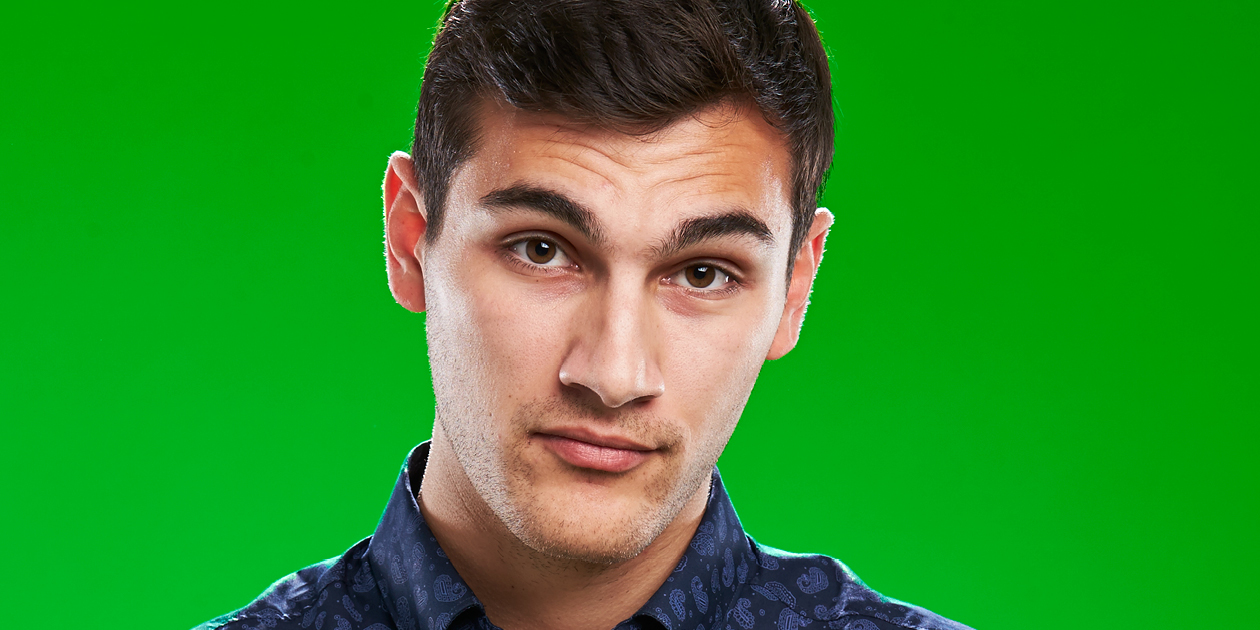 Ever since he was a kid growing up in North Vancouver, DDB Canada art director John Larigakis knew he wanted to do something visual for a living.

Both of his grandfathers had varying artistic talents: One was an engineer, who hand-sketched intricate machine drawings; the other was a painter, whose work hung throughout Larigakis’s family home.

“Maybe somewhere I absorbed some of that. I don’t know. I just always felt like art was something I needed to do,” says Larigakis, 26, thinking back at how his career interest developed.

In elementary school, instead of handing in a book report, Larigakis would sometimes present the teacher with an illustrated poster. As he was finishing high school, Larigakis searched for a program that was a mix of art and business, to make it a bit more practical.

He applied to the IDEA School of Design at Capilano University in North Vancouver. His friends thought that was cool, then asked where else he had applied. Larigakis shrugged. He didn’t even consider other schools.

“It didn’t even cross my mind that I shouldn’t have a backup plan,” Larigakis says. “I didn’t assume I was going to get in, I just knew that’s what I wanted to do.”

It was in that program he became fascinated by conceptual thinking behind art, and began to tailor his work to appeal to the advertising world.

In August 2010, after a two-month freelance contract at Karacters Design Group (part of DDB Canada) and a three-month internship at Rethink Communications, Larigakis was hired as a junior art director at DDB Canada, becoming the youngest member of the agency’s creative department. Less than two years later, he was promoted to art director.

In the five years Larigakis has been at DDB Canada, he has been behind projects that have been recognized with more than 70 awards including Marketing Awards, Lotus Awards, CMA Awards and Bessies, in addition to shortlist nods at Cannes and The Clio Awards. Some of his most recognized and award-winning projects include the wry and witty cartoon Snack Time web series — which was inspired by drawings from his personal sketchbook — for the milk producers of western Canada, as well as the deliberately awkward and amusing Volkswagen “Prom Night” television ad, featuring a father taking his daughter and her boyfriend to the prom night.

Larigakis says his goal is continue to create more meaningful work that pushes the boundaries, “helping to make people feel differently about advertising.”  Outside of work he has ambitions to become a painter with his own showings someday, and maybe create a feature film.

“I think John has a ton of potential,” says Dean Lee, DDB’s executive creative director. Lee says he hired Larigakis not just for his design work, but his insight behind it.

“From that, he has developed into a great art director, always looking for that human truth behind a brand. Then he brings it to life in a beautiful way with his design sense.”