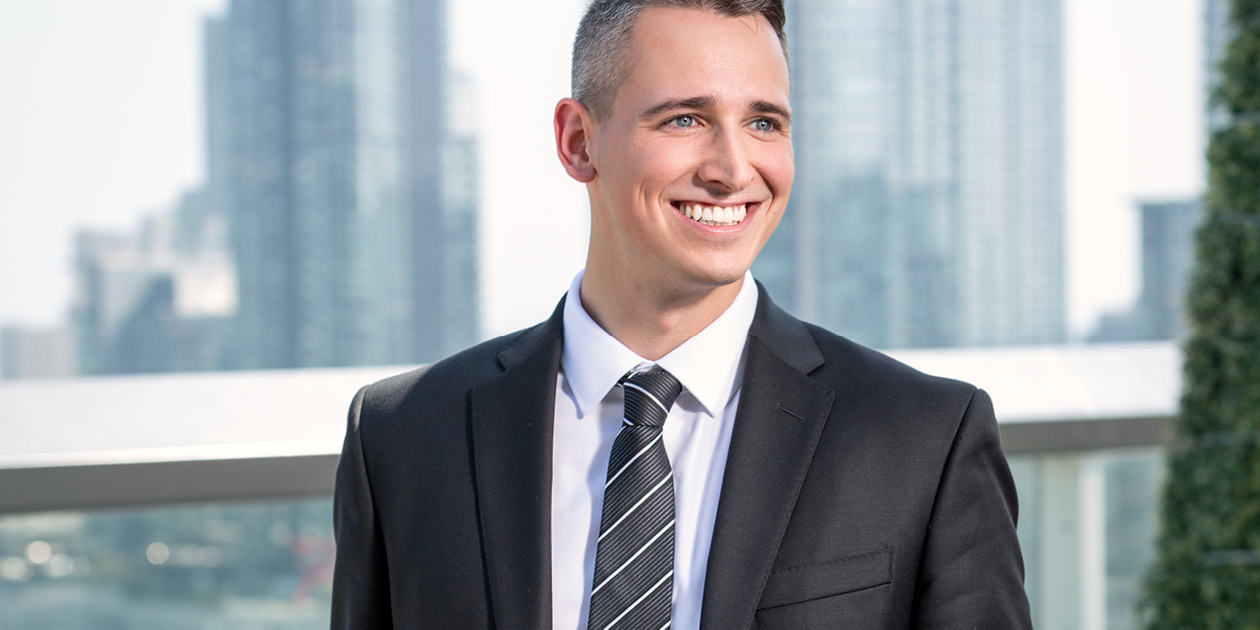 Matt Callahan has grown accustomed to being the youngest person in the room.

At 27 he’s the youngest senior manager at CentriLogic — a web hosting, cloud computing, co-location and IT solutions provider — by about a decade. His relative age comes as a result of a string of promotions that began shortly after he graduated from the University of Western Ontario in 2011.

Callahan was among the first 20 hires when he joined the company, which now counts over 150 staff in 11 different offices on three continents. As the company quickly expanded, so did Callahan’s career, and his position within the organization.

“At the time CentriLogic was still relatively young and relatively unknown, and was still in an entrepreneurial phase,” says Callahan of the early days at the company. “Over the past four or five years I’ve inherited a lot more responsibility, and I think I’ve grown within with the organization and in parallel to the company’s growth.”

The most pivotal moment, says Callahan, was during a rebranding effort in 2014. At the time the relatively young company was just starting to establish itself within the market, and Callahan, freshly promoted from marketing coordinator to marketing team lead, spearheaded its reintroduction.

“Back in 2014 we came to the realization that we had outgrown our current brand identity, and how we were presenting ourselves to the market was probably a little inadequate relative to what our capabilities were,” says Callahan, who managed all aspects of the six-month, $100,000 rebranding effort, from go-to-market strategies and key messaging to a new logo. “The output of that project was an entire refresh of our creative direction as well as our strategic direction.”

“It was kind of a make-or-break moment in Matt’s career,” adds CentriLogic CEO Robert Offley. “He got some support, but he was clearly the primary owner of that initiative.”

The leap of faith paid off for CentriLogic, which witnessed a 9.3x return on investment the following year, as well as $3.4 million in contracted revenue through lead generation activities.

“2014 was a big growth period for our company,” adds Offley. “It was a time where we were having 35% to 40% growth year-over-year. [Callahan] can certainly take a lot of credit for the growth over that period.”

For his efforts Callahan received his third promotion in four years, becoming the company’s marketing manager last August and its youngest senior manager by a significant margin, though Offley says he doesn’t consider Callahan’s age a limiting factor.

“Matt has always come across older than his years,” he says. “His experience, his level-headedness, his thoughtfulness and attention to detail are consistent with people who are older.”

But being the youngest person at the table is not without its challenges, says Callahan, especially in an industry built on institutional knowledge and experience.

“I’m exposed to a lot of people that are pretty engrained in this industry, and a lot of the time they’re a lot older than I am,” he said. “Trying to not let my age or any inexperience that I may have had relative to the people I’m engaged with, it’s been challenging at time to not let that prevent me from trying to make some noise and make sure my thoughts are heard and taken into consideration.”

Nearly three years after that initial rebranding effort, Callahan believes it may be time to overhaul certain elements of the company’s marketing approach. The difference this time around, he explains, is that marketing has slowly but steadily become recognized by the company as key to its overall strategy, as opposed to a departmental function.

“We’re chipping away at it, and over the last couple of years we’ve definitely been able to demonstrate our value,” suggests Callahan, and fortunately his CEO agrees.

“He’s going to get involved in more strategic initiatives, sit around the table as we make key decisions around the future of the company,” says Offley. “Matt will be a key contributor to that.”