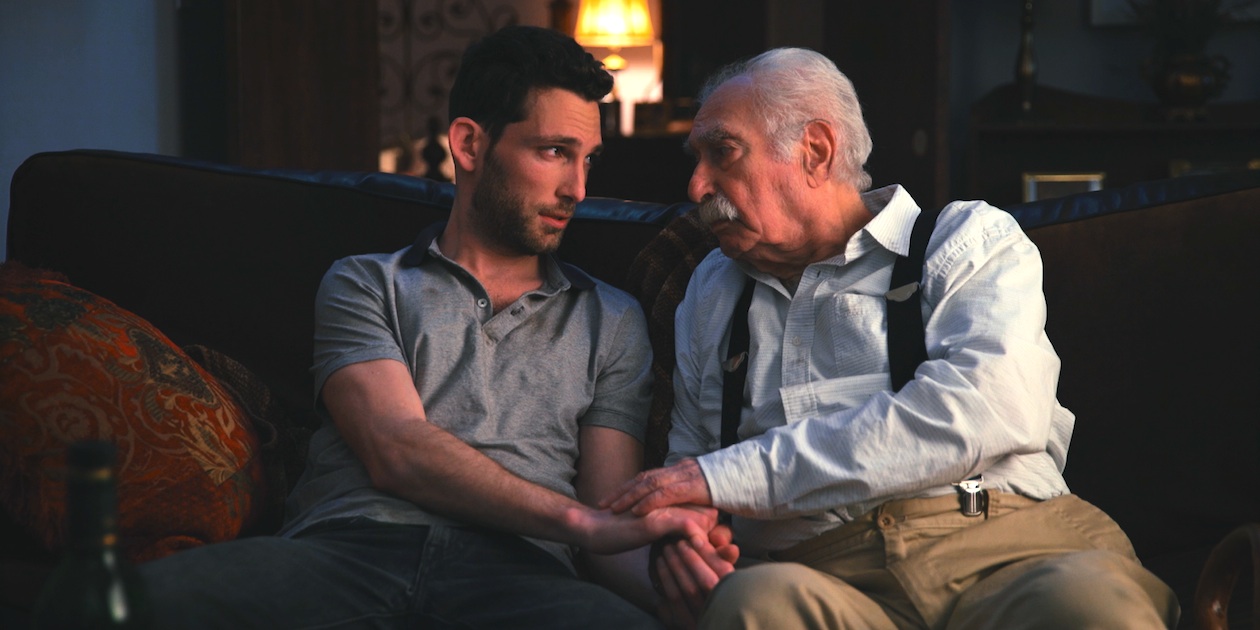 After Hours: Ethan Cole finds a roommate in CBC

Agency creative's web series is his latest in the entertainment business

It started at a family dinner. Ethan Cole was sitting with his grandfather, Joe Cole, showing him how to use Tinder. His grandfather’s response to the app was hilarious, which got Cole’s gears turning.

“I realized there was something really funny there,” says the copywriter, who joined Anomaly in August after a stint as a freelancer.

Soon after, Cole sat down with his grandfather to film a series of videos called “Explaining Things To My Grandfather” for Funny of Die, which picked up the concept on the strength of The Project, a show Cole created for The Score in 2011. The 12-episode series was a hit, pulling in more than three million views, and set the groundwork for Cole’s latest effort, a CBC web series called My 90-year-old Roommate.

Available to binge on CBC.ca, the series follows a character named Ethan (based on and played by Cole) who moves in with his grandfather, played by Paul Soles. The heavily improvised comedy plays off the differences between Ethan, a “directionless millennial,” and the warm-hearted, open-minded 90-year-old.

The comedy marks the latest in a string of TV and film projects Cole has worked on while keeping one foot firmly planted in the ad business. For the better part of a decade, he has ping ponged back and forth between the agency world and entertainment projects.

Cole studied film at the New York Film Academy before taking his first ad industry job as a copywriter at Sharpe Blackmore. From there, he worked at DDB while moonlighting as a producer and host on The Project. The docu-style show followed Cole and his creative partner, Laurence Payne, as they tracked down their sports heroes and tried to get them to participate in oddball hijinks.

When Explaining Things To My Grandfather took off, it also provided the chance for Cole to experience the ad business from the other side of the camera, when Fido tapped him and Joe to star in a video as part of a larger online campaign.

Working in the TV world, Cole says, has strengthened his skills as a creative. “It’s honestly working the same muscle,” he says. “It helps me refine my voice [as a copywriter].”

So far, Cole’s been able to juggle both careers. Anomaly pushed back his start date so he could wrap My 90-year-old Roommate, and he’s been able to schedule freelance gigs around other creative projects. After pouring himself into the creation of the series, Cole says his focus for the foreseeable future is on advertising and diving into work for new clients such as Budweiser and Hershey.

That said, he’s hoping for a second season and ultimately wants to work on feature films.

As for his grandfather Joe, the senior sat out on appearing as himself in the CBC series, but Cole says he’s full of story pitches.

When the time for casting came, Joe said to his grandson, “I can’t carry you anymore, You’re on your own,” Cole recounts with a laugh. “Now he pitches me all the time on ideas.”