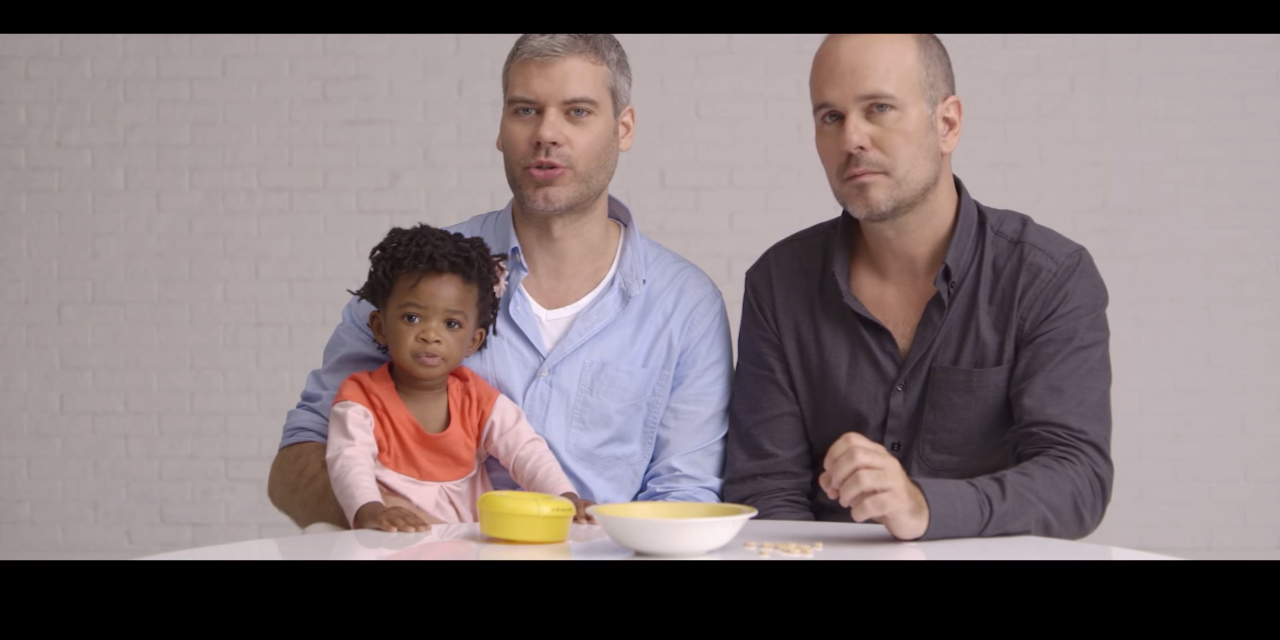 Cheerios is launching a new national campaign that aims to link the cereal brand with true stories of human connection.

The Canada-wide “Cheerios Effect” campaign, created by agency of record Cossette, launched this week with a website, but TV spots are set to appear Oct. 6.

It’s the first time Cheerios has advertised as a master brand in Canada across its sub-brands (Honey Nut Cheerios, MultiGrain Cheerios, etc.), and it’s another step in the direction of purpose-driven marketing that General Mills Canada has pursued with its cereal business for the past 15 months.

“The Cheerios Effect,” is the colloquial name some have given to a phenomenon that anyone who’s eaten a bowl of the cereal knows: when two Cheerios float in milk, they tend to attract one another thanks to surface tension. Cossette is using this as a jumping-off point to address the broader issue of social isolation and loneliness.

Even though the phrase “Cheerios effect” first popped up on Wikipedia in 2007, surprisingly, this marks the first time that the brand has ever used the phenomenon in a marketing effort.

“We were in meeting with agency talking about issue of disconnection in society, this epidemic of loneliness,” says Jason Doolan, director of marketing for cereal at General Mills Canada. “We talked about the history of Cheerios and the role it could play in bringing people together. Somebody stood up and said, ‘You know, when you put two Cheerios in a bowl, they float together.’ It didn’t take more than 30 seconds on Google for someone to say, ‘It’s a real thing.’ We think it’s a perfect metaphor for human beings’ desire to connect.”

The campaign will include nearly a dozen videos on the internet and TV ranging from 15 seconds to three-minute mini-documentaries, all featuring a diverse range of stories across demographics. They include the story of two gay fathers who have adopted a young girl, grandparents and grandchildren, and young women connecting by using sign language.

The website is designed to encourage social pickup by giving people the opportunity to share their own stories of personal connection.

General Mills Canada is digging deeper into purpose-driven marketing for its cereals category, one that has been stormed by new competition in recent years, crowding the breakfast category with new, alternative and gluten-free products.

“We’re seeing more and more of consumers rewarding those who share their values,” says Doolan. “We’ve had great success with MultiGrain Cheerios addressing dieting and self esteem. We had success addressing the role of fatherhood with Peanut Butter Cheerios. We’re putting an emphasis on walking away from the hard sell and showing consumers we can be relevant.”

Doolan says the approach has seen results. A particularly strong example was the lift it saw with Lucky Charms when it ran ads connected with Gay Pride this past summer. After a few weeks of its “What are you Lucky to be?” campaign, the brand grew 0.5% share of the category. Lucky Charms has since become the fastest-growing established cereal in the category — “amazing for a 50-year old brand,” he says.

Cheerios has been known in the U.S. for its cause-driven marketing as well, attracting praise as well as controversy for its ads featuring an interracial family last year.

“People have a great affinity for the category,” says Doolan. “We’re encouraged by what we’re seeing in last quarter.”