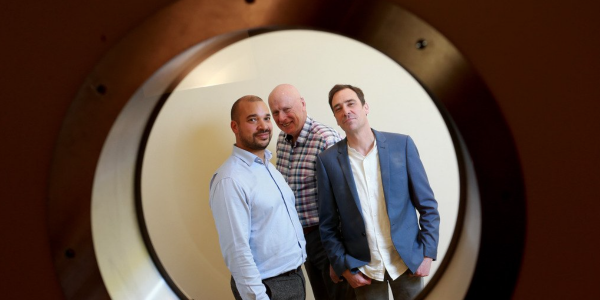 Ambergreen was founded in 2001 and is a full-service digital marketing agency, though its expertise lies in search. Its clients include PWC, the Interactive Design Institute, British chocolatier Hotel Chocolat and travel company Turquoise. In April, Ambergreen was named Digital Agency of the Year by digital technology trade board ScotlandIS.

Norm Hagarty, CEO and managing partner of DAC Group, says the deal was done more to get a footprint in a new market instead of acquiring any of Ambergreen’s capabilities. However, he says there are similarities between the kind of work being done at Ambergreen and DAC – which specializes in using its tech platform to combine data with content and deploying it in a hyper-local way – that made the acquisition a smart fit.

“They get greater expertise and opportunities to grow their business, and we get the chance to move our tech and capabilities into a new market,” Hagarty says. “But it wouldn’t work if they weren’t already really good digital marketers. They have to understand what we do and share a vision about how it could work in their marketplace.”

In April 2015, DAC made its first step into the European market when it acquired U.K.-based search agency Make It Rain. Two months later, it named former Vision7 Media president David Jowett as president of its new European division, overseeing operations and strategy across the region. Following the acquisition, Make It Rain retained its identity and operated as an independent unit within DAC, though it slowly transitioned to becoming DAC London.

Similarly, Ambergreen will continue to be run as an independent unit within DAC, though it will transition to becoming DAC Edinburgh over the next nine months.

“In North America we learned how to take enterprise clients and really help them grow their business, and it can work in markets like the U.K. and Germany or any country where there’s different regions and states and cities,” Hagarty says. “We went to the U.K. first because there’s a familiarity there, and that’s the place where we’d want to make mistakes, if we are going to make them.”

Hagarty adds that Europe is a particularly attractive market for expansion because the kind of hyper-local digital work it does is not as developed there as it is in North America.

“We thought we had an opportunity to get ahead of the curve and lead in a market,” he says. “There have been some entrants and it has become competitive there in the last couple years, but in the conversations we’re having with clients, we’re finding that we are a relatively new thing and it’s opening up opportunities.”

DAC is headquartered in Toronto and also has offices in Montreal, Vancouver, New York, Chicago and Louisville.