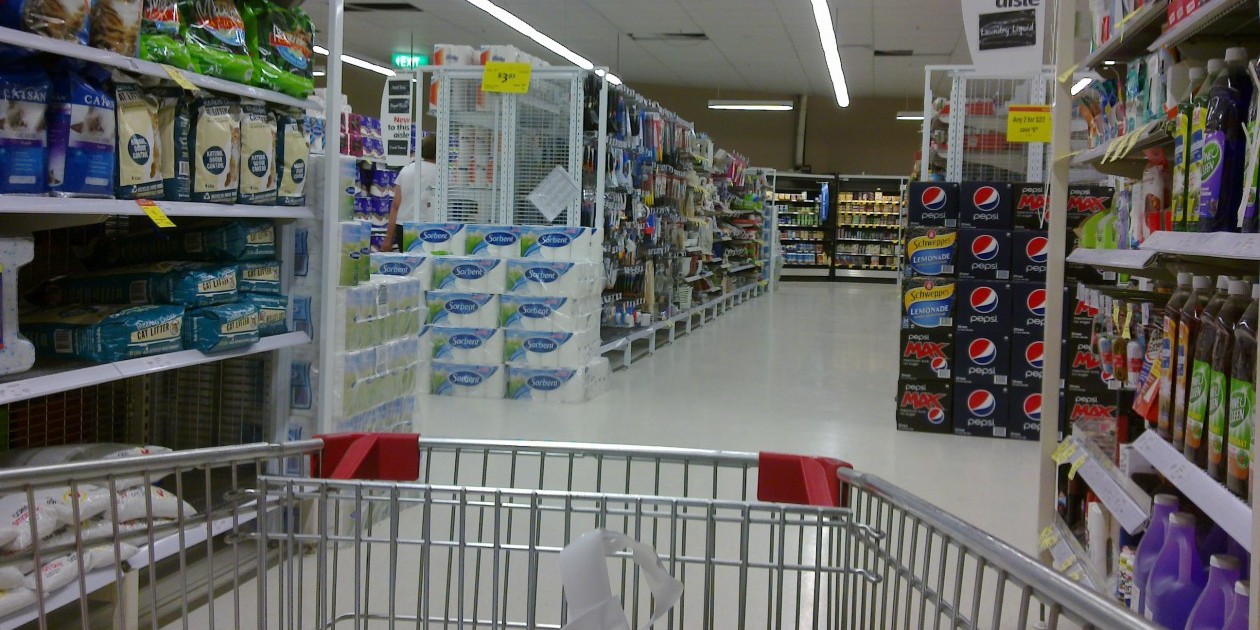 Joel Gregoire is among that new breed of dads who not only takes on much of the regular grocery shopping in his household, but is brave enough to take his two-year-old along with him. Stressful as that may sometimes be, stumbling across some free chip samples helps take the edge off.

“Now, they were a healthy brand of chips,” the senior food and drink analyst at Mintel said during a panel discussion at Canadian Grocer‘s Thought Starters event on Wednesday, “but it was still bizarre they were next to the vegetables.”

That’s because traditionally, there has been major differences between what’s on the perimeter of a grocery store — fresh fruits, seafood, meats and so on — versus the centre store. According to Gregoire’s research, two out of five consumers believe the centre store is mostly filed with junk food. The perception tends to be even higher among younger shoppers and those with a higher education. That’s a problem for brands in the grocery space, which is why they may soon look at technologies that can offer in-aisle advertising to drive them back there.

Most grocery stores have the tools available to assist them today, suggested Ignacio Paz, general manager of The Internet of Things at Rogers‘ Enterprise Business Unit. They just haven’t necessarily developed a strategy to make great use of it. He gave the example of a clothing retailer that sends out a coupon for a pair of jeans to a consumer’s smartphone a week after they’ve visited a store.

“We only have one chance to engage that consumer, and that’s in real-time,” he said. “Retailers and manufacturers need to partner on in-aisle advertising on content about that brand and how it can suit a particular need.”

For example, using sensors and software, merchants could get a sense of a consumers’ preferences and purchase patterns, then promote items in the centre store that complement what they buy at the perimeter. Roman Koudriavtsev, vice-president of data and analytics at Integrated Display Group, said grocers have been tracking how many people come into the store for a long time, but need to think more about how they build upon that information to be more sophisticated with in-aisle advertising.

“You have to think about where have they started, what is the path, who are they demographically?” he said, suggesting that consumers will breeze past in-aisle ads that don’t stand out as relevant to their journey from centre store to perimeter and back again. “It needs to be targeted and measurable.”

Gregoire agreed, but said in-aisle advertising may need to be complemented with a thoughtful discussion about where products are laid out as well.

“You have to ask, what’s on the consumer’s mind?” he said. “In most grocery stores they’ve approached food from a category manager’s perspective, where they’re measured on sales and profit, so they want this item next to this item. The consumer doesn’t care. They just worry about the needs of the day.”

Thought Starters ran on June 8 at the International Centre in Mississauga.

“… a thoughtful discussion about where products are laid out as well.”

And perhaps, heaven forbid, a discussion about what products are stocked. With obesity and health issues at epidemic proportions due to poor nutrition, grocery stores have become no better than pushers of poison.