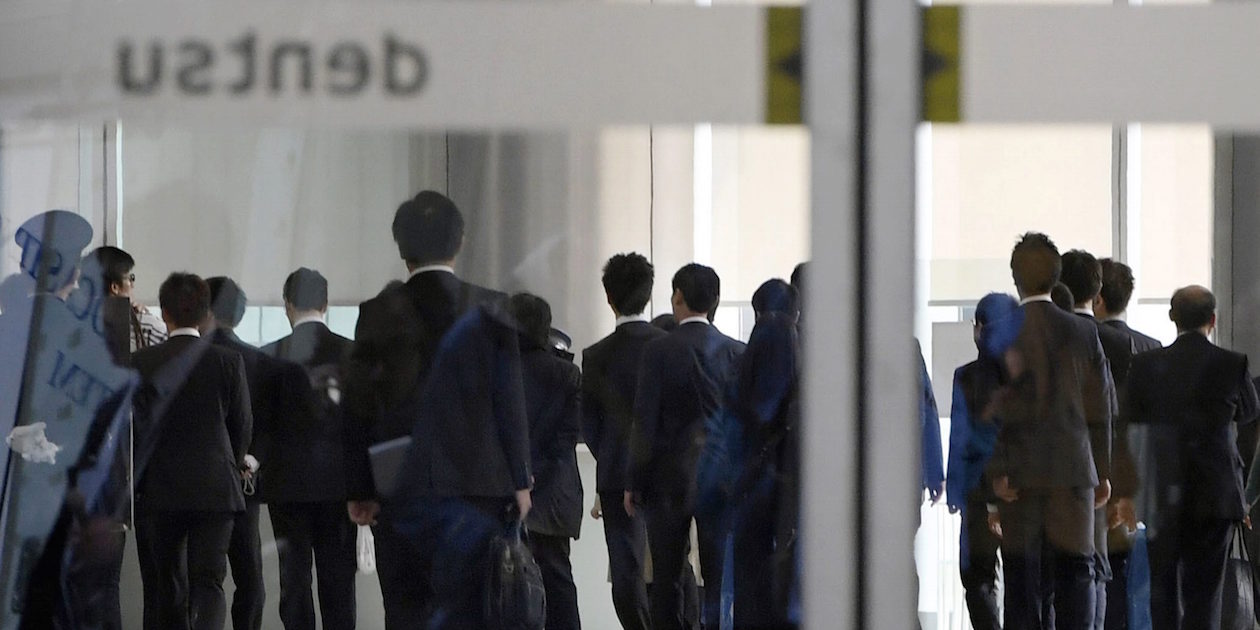 Japanese authorities raided the country’s top advertising agency Dentsu on Monday as they launched a criminal investigation into the suicide of a 24-year-old employee due to overwork on suspicion of systematic illegal overtime at the company.

Monday’s investigation follows the government’s recognition in late September that Matsuri Takahashi died of “karoshi,” or death from overwork.

Investigators suspect widespread illegal overtime at the company. In Japan, labour officials can conduct criminal investigations and hand over cases to prosecutors for possible indictments.

Karoshi causes hundreds of deaths and illnesses every year in Japan despite efforts to curb overwork.

Labour officials found Takahashi’s overtime pushed past 100 hours a month, way over 80 hours, a threshold for karoshi. But she reportedly was asked to report overtime only below the company’s own monthly limit, which was 70 hours at the time.

On top of the 40-hour work week the labour standards law sets for most workers, as an exception that serves as a loophole companies can establish voluntary ceilings for overtime, making the law toothless.

At Dentsu and many other companies, much overtime routinely goes unreported, labour officials say.

Dentsu president Tadashi Ishii said the company will co-operate in the investigation. The company has acknowledged at least two other karoshi cases since the 1990s and says it is trying to prevent overwork, going so far as to turn off lights in its headquarters after 10 p.m.

Suga told reporters the government also will seek to reduce overtime. Under Prime Minister Shinzo Abe’s “womenomics” initiatives, the government is urging men to help out more at home, while encouraging businesses to create more job opportunities for women. The strategy seems to be making little headway, however.

“Nobody should lose their precious lives from overwork,” Suga said. “We plan to push for reforms from the workers’ point of view.”