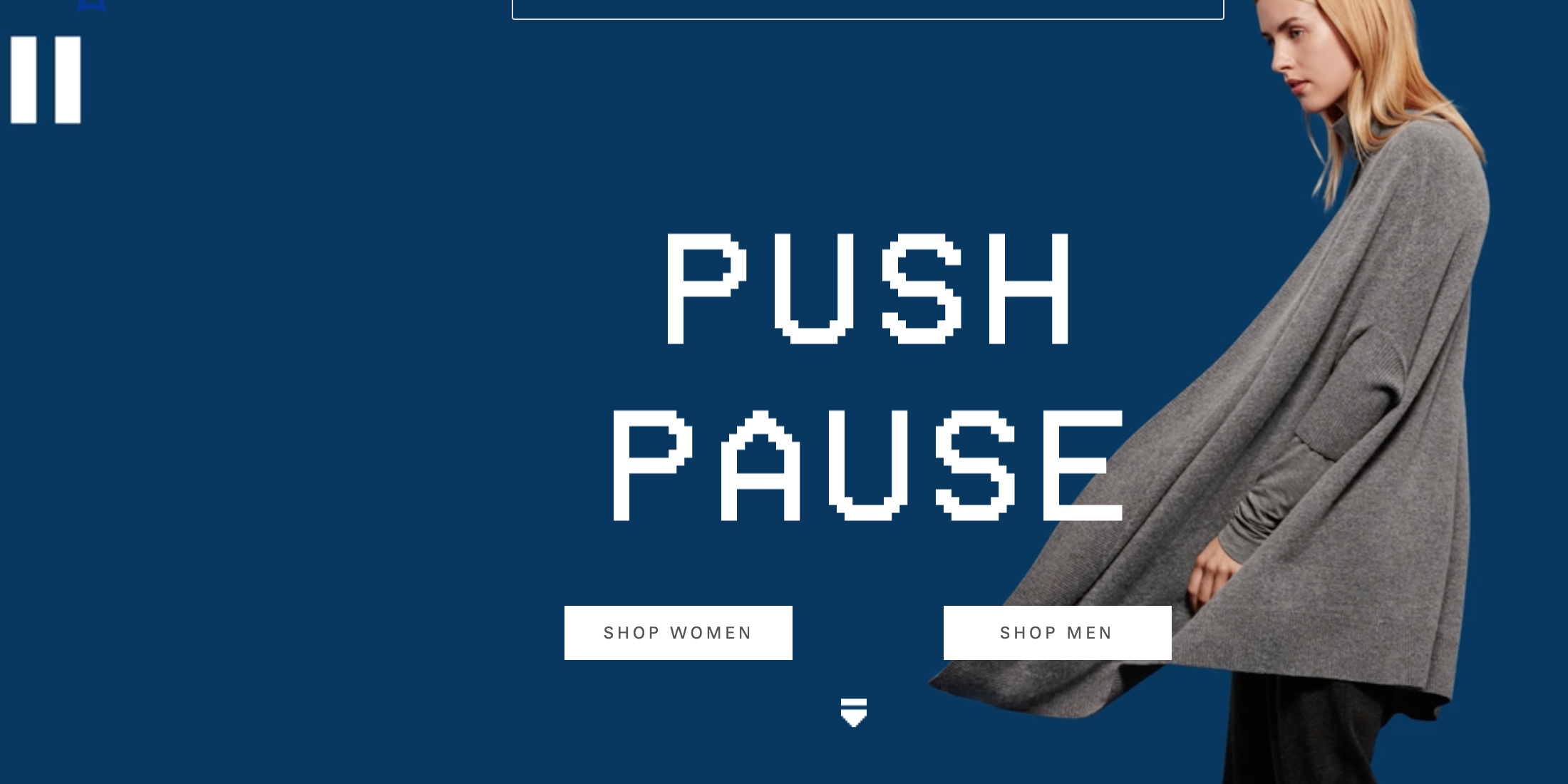 Kit and Ace is bringing new meaning to the term “retail therapy.”

The fashion retailer is transforming its website into an online oasis amidst the frenzy of Black Friday and Cyber Monday sales, courtesy of a tongue-in-cheek “meditation video” that doubles as a shoppable video.

The nearly two-minute video reflects the retailer’s holiday positioning “Push pause,” urging shoppers to be mindful of remaining inwardly calm during one of the most stressful times of the year (or at least until they see the price of one of Kit and Ace’s biggest sellers, the Ash Turtleneck).

“It’s the time of the year when sales and promotions are in your face,” said Anna Cordon, public relations manager for Kit and Ace in Vancouver. “We wanted to take a different approach and basically push pause. We think it’s pretty crucial during the holidays.”

The video features a Morgan Freeman sound-alike (“he’s the ultimate in celebrity narrators,” said Cordon) as well as calming audio and visual effects including wind and clouds.

The video was created in association with Montreal-based Spotful, which has previously designed interactive videos for clients including Le Chateau, Tristan and Expedia.

Several fashion brands, including Ted Baker and Diesel, have recently experimented with the shoppable video format, while tech giants including Facebook and YouTube continue to invest in the technology. In Canada, Elle Canada partnered with Dior on a shoppable video campaign in 2015.

E-commerce is an integral part of Kit and Ace’s overall sales strategy, accounting for approximately 22% of total sales according to Cordon. The company operates 51 retail stores in Canada, the U.S., the U.K., Australia and Japan.

Kit and Ace plans to promote the video via its owned and operated channels.