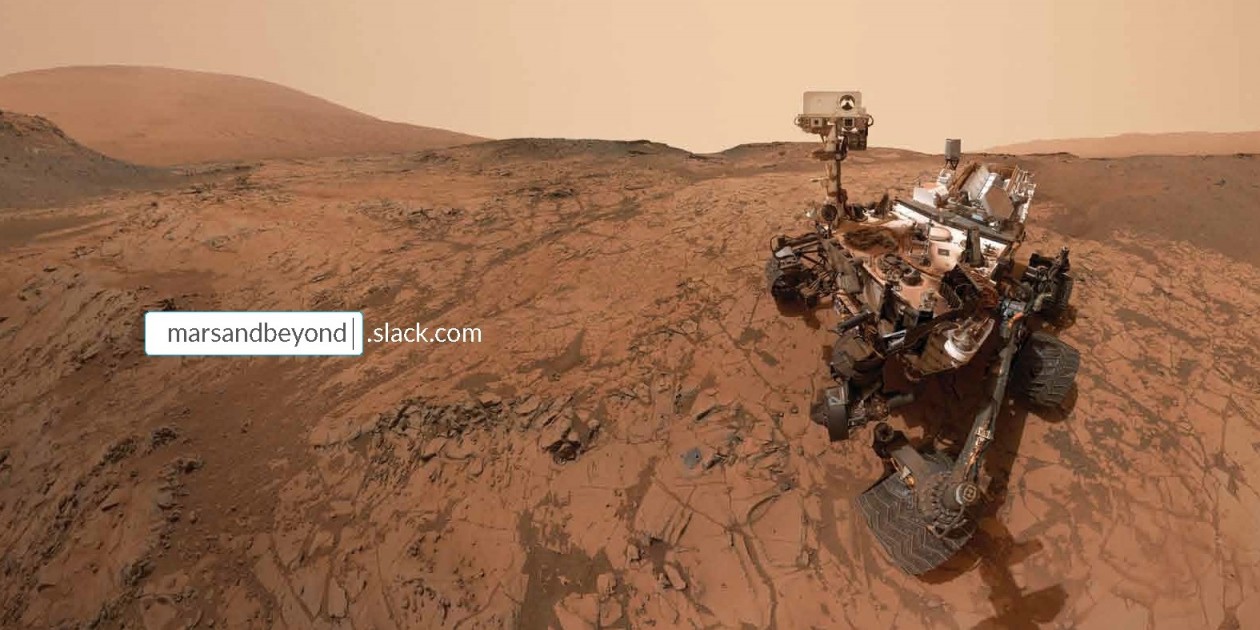 What do the corner coffee shop and the Mars Curiosity rover have in common? They’re powered by teamwork.

That’s the message behind Slack‘s first North America-wide print and display campaign created by Rethink Vancouver. The effort uses images from NASA, the IceCube Neutrino Observatory (located at the South Pole), Square and Blue Bottle Coffee, whose offices all use Slack’s platform to communicate, collaborate and share resources.

The campaign kicked off with a page takeover on Wired.com. It targeted Slack early adopters across tech websites like Lifehacker and Gizmodo and print magazines like Forbes, Fast Company and Businessweek.

Rethink was selected in part because its team uses Slack, and had a firm grip on why the product has been such a success. “It was a dream brief to work with a cutting-edge innovator like Slack and connect with companies like NASA who are truly changing the world,” said Ian Grais, the agency’s national CD and founding partner, in a release.