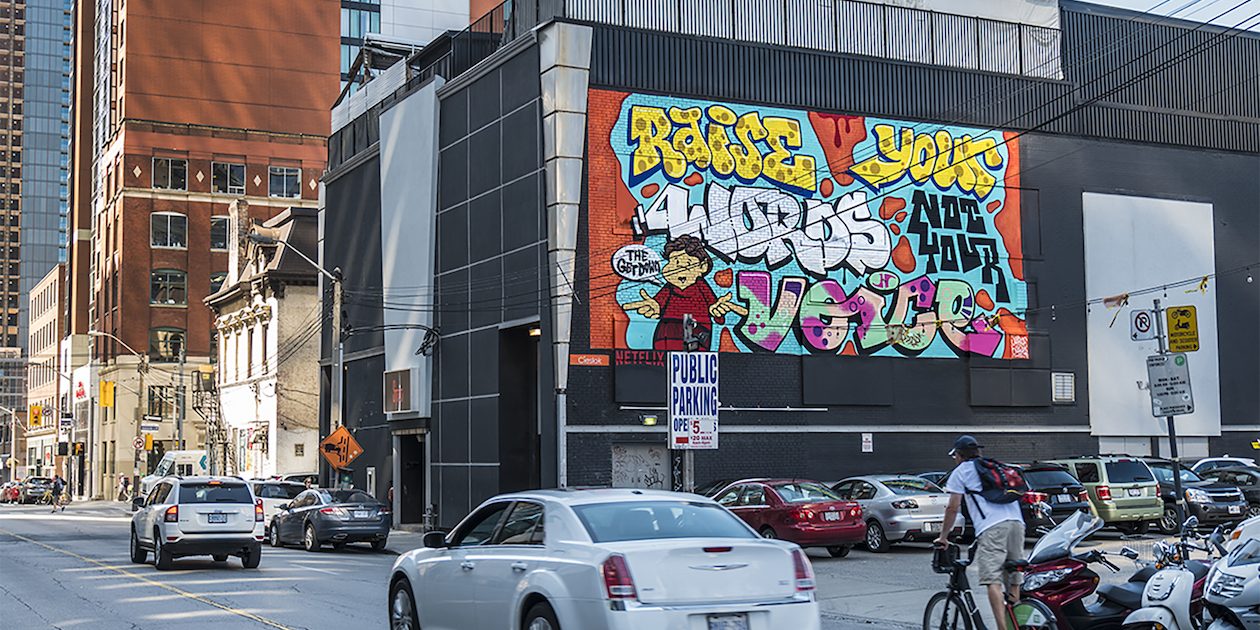 Netflix paints the town in support of The Get Down

Netflix is introducing some Canadian graffiti as part of a marketing campaign for one of its new shows.

The streaming video service has partnered with Toronto-based out-of-home company Cieslok Media to create a series of hand-painted graffiti murals promoting its newest drama, The Get Down. Netflix’s agency, MEC handled media planning and sourced the local graffiti artists.

The three distinct murals, each painted by a local artist, are located at the downtown Toronto intersections of Church St. and Lombard St., College St. and Clinton St. and Peter St. and Adelaide Ave. West.

The murals reflect the graffiti found in New York during the late 1970s, the era in which The Get Down is set. “Hand-painted murals are a unique form of out-of-home [advertising], where the process of creating the ad is part of the experience the audience gets to enjoy,” said Cieslok president and CEO Jörg Cieslok.

Directed by Baz Luhrmann (Moulin Rouge), The Get Down is a coming-of-age story about a group of inner-city teenagers, with the rise of hip-hop serving as its backdrop.

It is reportedly Netflix’s most expensive series to date, with the industry bible Variety reporting the 12-episode first season cost US$120 million to make. The Get Down debuts on Netflix Aug. 12.

The campaign marks Netflix’s second major out-of-home initiative in Toronto in less than a month. In July, the company partnered with Pattison Outdoor on a campaign that took place at several Toronto subway stations in support of its show Stranger Things.