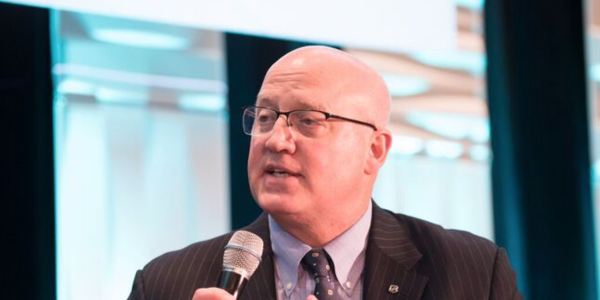 When the NHL and its players’ association decided to revive the World Cup of Hockey after a 12-year gap, organizers found themselves with a unique opportunity to experiment with virtual ads on rink boards, among other sponsorship innovations.

Speaking in an onstage interview during the Marketing Evolution Summit in Toronto on Wednesday, NHL deputy commissioner Bill Daly discussed the use of infrared signals transmitted via hardware from London-based Supponor that replace the boards on tournament sites with digital ads when they’re being broadcast on TV.

“The most interesting thing from a sponsor standpoint, and something that is immediately very popular, is the visually enhanced action boards — what we euphemistically call ‘erase and replace’ technology — which we haven’t used in our game before,” said Daly. “We have virtual ads that we’ve used on the boards before, but we’ve never replaced dasher boards, and we found that by creating the digital dasher boards you can actually create a cleaner look, a more distinct and unique look for a single advertiser, which has been very attractive to our corporate sponsors.”

The NHL and Players Association are also taking this opportunity to experiment with microchip technologies that have been embedded into the puck and player jerseys to better track play, Daly added.

Just as the sponsorship opportunities have evolved dramatically since the previous iteration of the tournament, so too has the viewing experience. Fans now tune in on multiple devices or on the go, and want to engage with the brand before, during and after games. This requires ongoing strategic thinking to keep up, Daly said.

As the most popular sport in the country, however, the NHL comes under constant fire from fans and sports media alike. Daly, for example, was involved in two NHL lockouts, and has had to respond to some criticism regarding the World Cup of Hockey tournament itself.

“The best way to try to deal with it is to try and anticipate some of those issues in advance, and build them into your decision making process, both in respect to the actual decisions and how you communicate that to the marketplace,” he said. “When you have unanticipated consequences, or unanticipated reactions to certain decisions, certainly you have to be responsive in an effective way in dealing with that, and at least explain to your fan base why you made certain decisions in a non-offensive way. “

Daly, who admitted those moments are “not fun,” maintains that many of the NHL’s least popular decisions have ultimately benefitted the game and the league in the long run.

“In those types of situations you have to believe in the decision you’re making and the position you’re taking, and you have to be prepared to communicate that in an effective way,” he said.

Hockey fans can at least rest assured that Daly has no intention of seeing a third NHL lockout during the remainder of his now 20-year career. Instead he and his colleagues hope that the 2016 World Cup of Hockey goes down in history as the league’s opportunity to revive a long lost tradition, while providing an opportunity to introduce new branding, marketing and viewer engagement strategies to hockey fans.