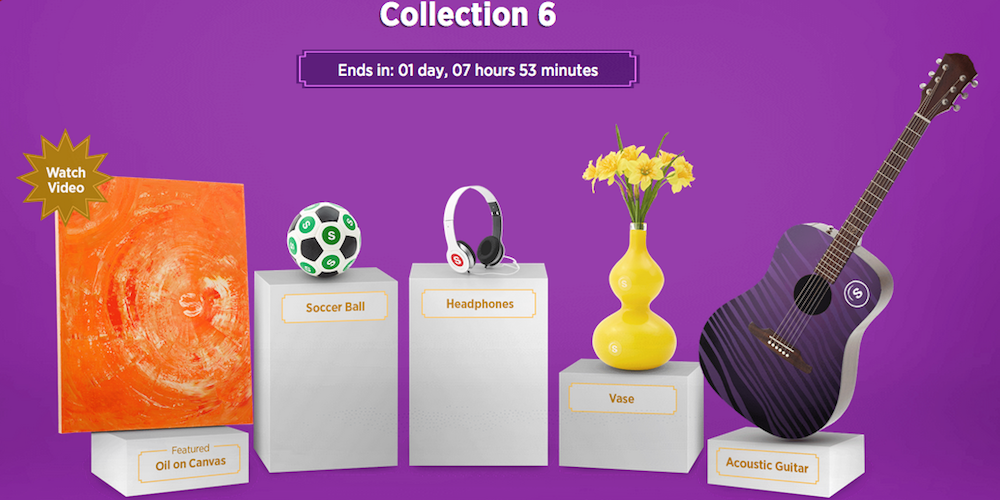 Skittles began the year by posting a zany online video depicting a man plastered in its colourful candy after getting struck by a rainbow. Now the Wrigley-owned brand is putting itself on fun and quirky merchandise, from a soccer ball and surfboard to a croquet set and cat condo, in its newest effort from BBDO Toronto.

The branded merchandise – which isn’t covered in real candy but graphics of it – is being used for a contest online, in which consumers can bid on the products by sharing them on their social media channels. The individual with the most “likes” on a shared item wins it.

BBDO Toronto, the brand’s digital agency of record, has previously created campaigns for Skittles that riffed on documentaries and pyramid schemes, and this time wanted to have fun with auctions, said Chris Booth, a vice-president and associate creative director at the agency.

“We could have done the usual giveaway with prizes, but our target is teens and so we’re always trying to surprise and bring them the unexpected,” he said. “So we decided to create a story around the idea of these one-of-a-kind rarities being uncovered by Skittles.”

Five new prizes are posted each week until the three-month contest closes Aug. 6. Banner ads and 15-second pre-roll including on Facebook highlight an item of the week with a funny story, said Booth.

BBDO Toronto collaborated on the promotion with marketing agency Hunter Straker, which sourced the items.