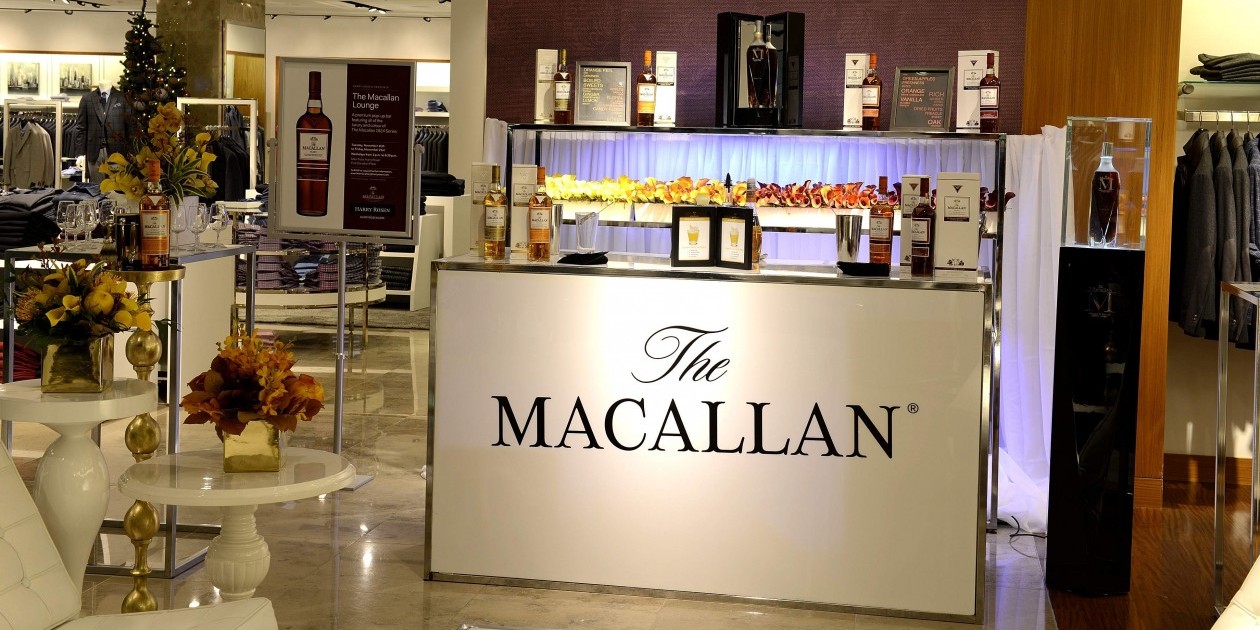 The Macallan ties one on with Harry Rosen The Macallan paired scotch and suits to promote its 1824 Series.

The brand, owned by Glasgow-based Edrington, recently teamed up with luxury menswear retailer Harry Rosen on a two-week pop-up lounge in Toronto, where guests could sip and shop.

The Macallan Lounge was part of the brand’s mission to persuade scotch drinkers that older isn’t necessarily better. For its 1824 Series, which launched last year, The Macallan is focusing on the colour of the drink rather than how long it’s been aged. The Series includes Gold, Amber, Sienna and Ruby scotch whiskies that are aged in sherry-seasoned casks. The company said about 60% of the flavour comes from its casks.

“The scotch industry has educated consumers to shop on age,” said Ivano Taranto, marketing manager at Edrington. “There’s a comfort level in saying ‘I want a 12- or 15-year-old scotch,’ but not all 12-year-old [products] are the same.

“That’s not to say that these products aren’t aged,” he continued. “But [we have] an innovative way of making whiskey and we need to educate our consumers on what we’re trying to do.”

Larry Rosen, CEO of Harry Rosen, said The Macallan Lounge was a good fit because “boys will be boys and they love scotch.”

Beyond that, Rosen said there’s a trend toward making retail more experiential. “We’re always looking for ways to give our clients unique experiences,” he said. “We thought our clients would be interested in it and it’s a great way of sharing something with them. It’s not always about buying more. It’s a just a way of doing something nice back.”