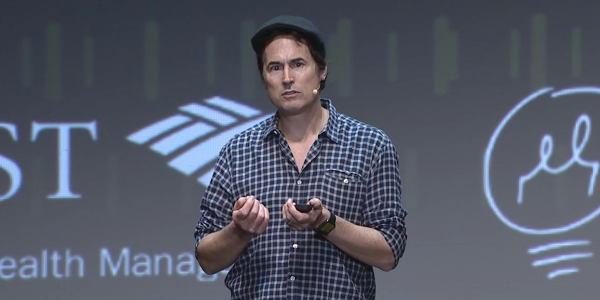 Dx3 2016 headliner discusses the balance between creativity and execution

The trend report was very clear: surfing was becoming a big deal in the 1990s and brands needed to find a way to get on the action. Neil Stevenson sounds like he’s smiling ruefully over the phone as he remembers it.

“There was a client, whom I’m going to anonymize slightly, but it was a maker of cars in the U.S., a European maker,” says Stevenson, the managing director of international design firm Ideo who recently took on a new position as executive portfolio director. “They wound up putting out a hatchback car with a surf rack on it. Now if you stop and think about it, there are not that many cities in the U.S. that have immediate access to the sea. But, surfing was popular in U.S. culture and people were tapping into it instead of looking at the things that could have been behind it.”

This distinction is hugely important to Stevenson, who will be kicking off the Dx3 2016 conference in Toronto on Wednesday morning with a keynote titled “Breathe In, Breathe Out.” He suggests innovation is analogous to breathing, a two-phase process during which inspiration material is first taken in, processed, and then expressed into the world as creative ideas. What may be most vital, however, is what happens in between.

“It’s sort of the sense-making part, where you take inspiration and somehow go to observation to insight to some kind of theory about what the world is missing as a result of that insight,” he explains. “It’s the hardest part.”

The surfing trend, for example, may have been explained by something in the zeitgeist that was glorifying an active but rebellious lifestyle, but that sort of theory is challenging to prove, Stevenson says. Rather than be enslaved by market research, he suggests working collaboratively on some kind of quick and cheap design prototype is the best way to move the sense-making process along.

“You need to persuade (clients) to trust you for a bit until you start making things, and then if those things start getting a good response, it sort of reverse-validates the rationale in the first place,” he says. “Over our history, we’ve had a lot of people come to us and say, ‘I just want you to do the inspiration and the synthesizing into opportunity areas for us.’ And every time we did it, it was a complete disaster because we just ended up with this speculation of what people might want. It didn’t survive on its own.”

Other clients come to Ideo asking for help with a pipeline of new products – “They talk in terms of funnels or things like that,” Stevenson says – but the results are often measured in ways that trigger artificial behaviours that skew the real impact of the work. This is similar to firms that try to make innovation a mandate across their employee base.

“If you say, ‘We need 100 ideas a year,’ they will all salute and give you 100 terrible ideas,” he says. “What we’ve found successful as an organization is taking a sort of a touchy-feely, hippie way of encouraging people to do (innovation). It’s optimizing people who want to make stuff. That’s your fuel.”

Another source of fuel is reaching beyond the boundaries of your own organization. That’s one of the reasons Ideo recently announced it was joining the Kyu collective, a group of organizations that will work together on creative problems.

“One of the things we’ve struggled with is we often find out exciting things about the world and can build interesting prototypes, but when it comes to telling the story of that in a way that really hits loads of people in a really exciting way is something we’re not great at,” he says. “Some people in the collective are awesome at that. There’s Sid Lee, a Canadian company – we’re really excited about the things they’re great at where we’re weak and that there might be some interesting collaborations coming out of there.”

Stevenson, who has been involved in everything from journalism to brain science and fashion, says he believes creativity can be “scaffolded” and taught, even to marketing leaders who want to adopt some of the best practices. Just as many chief marketing officers are getting better versed in technology, however, he warns that developing their creative skill set means not forgetting whose needs you’re trying to meet.

Neil Stevenson will give the Dx3 2016 keynote speech on March 2 at 8:30 a.m., Metro Toronto Convention Centre.