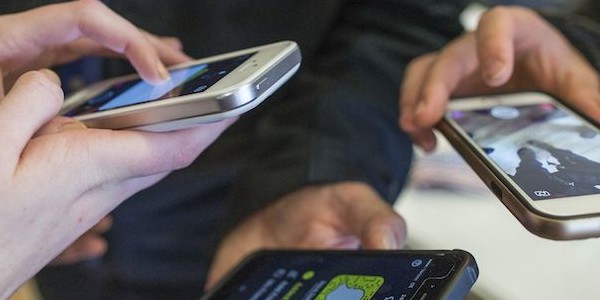 There’s no such thing as digital marketing (Column)

The longest sustained applause I have ever received as a public speaker followed this statement: “If I hear the word ‘digital’ one more time, I’m going to stick a fork in my head.”

I’m not exactly Tony Robbins, so this spontaneous outburst was memorable for me. Here was a room full of marketing leaders, and their reaction to the biggest buzzword of the day wasn’t giddy enthusiasm. It was exhaustion. For them, at least, digital marketing was no longer a shining highway to professional nirvana. It had become a burdensome roadside to distraction.

The truth is, the idea of “digital marketing” as somehow distinct from any other sort never made much sense. The notion blew into town on the tailwinds of ’90s techno-utopianism, economic hard times and the excesses of 20th-century advertising. At the time, it didn’t seem like a kind of marketing; it seemed like what marketing itself might become. And as with most forms of unblinking fundamentalism, the mess it proposed to clean up was so appalling that it was impossible—not to mention unwise—to question the new orthodoxy.

That history doesn’t matter much today, except as a counterpoint to how things actually turned out. Since the ’90s, we’ve learned that digital platforms are better at monetizing existing desires than they are at creating new ones. We’ve learned that the loudest voices on social media often belong to the consumers who matter the least. And we’ve learned that measurability doesn’t always signal real-world effectiveness. Digital marketing, in other words, turned out to be just as imperfect and unpredictable as marketing has always been.

Yet the more digital marketing’s utopian vision fades, the more stridently some of its adherents cling to it. And as our discipline’s pre-digital history recedes further into the past, digital marketers have brazenly started to lay claim to the field’s fundamental building blocks—things like consumer insight, segmentation and targeting, and return on investment—as if they were fresh ideas. The worst of these zealots sound like nut-job political candidates, denying reality with impunity simply because no sensible person bothers to argue with them.

There was never any doubt that technology was going to revolutionize how marketing was conducted. There was never any doubt that mass media had made the job artificially simple or that an interactive marketplace would change almost everything about how we do it. But what didn’t change was the job itself. We still show up for work in the morning to make something people want, present it to those people and sell it to them at a price that leaves everybody satisfied. The tools for doing it have evolved continuously for a century, but the essence of marketing is the same as it ever was.

If there is an existential threat to the industry, the absurd manufactured distinction between “digital” and “non-digital” marketing is aggravating it. Online and off, consumers are becoming dangerously fascinated by the idea they can simply opt out of being marketed to. Many of the media channels we rely on to reach the public are now hanging on by their financial fingernails. And however illogically, public taste is increasingly favouring the obscure over the corporate when it comes to the provenance of the things they buy. Rather than bicker over the terminology, marketers should be earning their way back into consumers’ lives while they—we—still can.

This business has always gone through periods of infatuation with new ideas before finally subsuming them into the canon. As happened with radio and television, these phases test technology (and ideology) and motivate us to keep learning. But a quarter of a century of this self-congratulatory crusade is enough. Let’s stop using the word “digital” to define the practice of marketing. If what you’re doing is real marketing, you don’t need the qualifier. And let’s stop pretending we can codify the chaotic relationship we will always have with consumers. The post-digital epoch is well and truly here. It’s time to get back to doing the work that matters.

This article originally appeared at CanadianBusiness.com