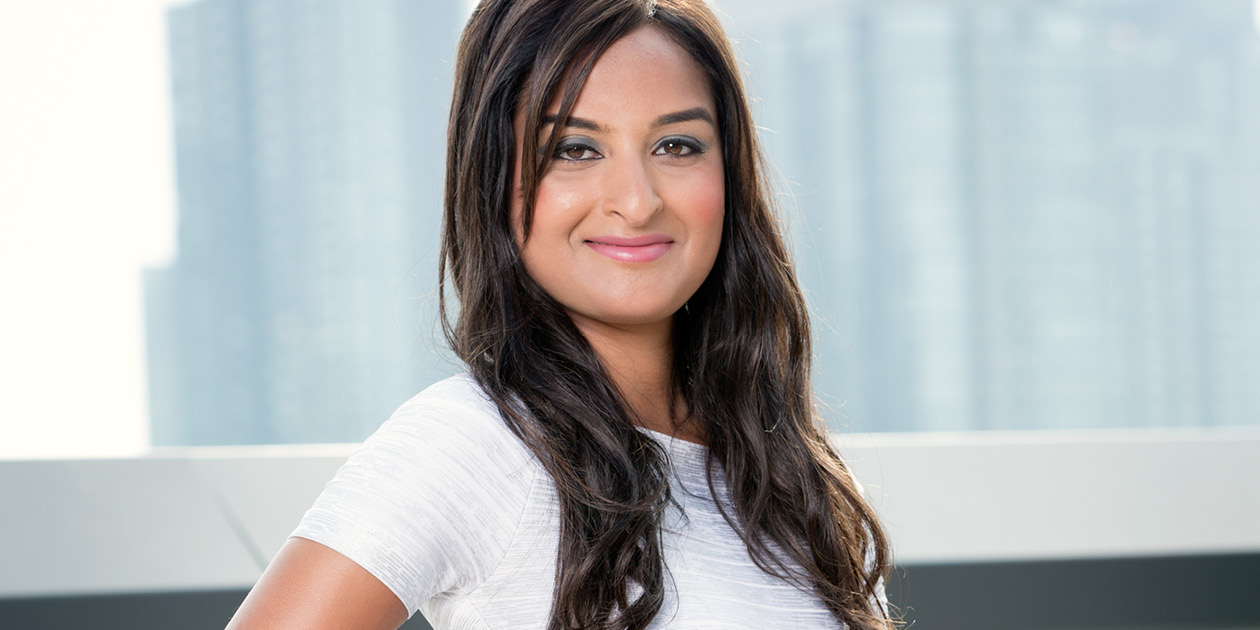 Fatima Zaidi is driven by numbers, and her ability to “blow them out of the water” is helping grow Rent Frock Repeat’s customer base and revenue at a remarkable clip.

“If you put a number in front of her…She’ll say, ‘okay, that’s the number, I’m going to figure out how to do that,’” says Lisa Delorme, CEO and co-founder of the designer dress rental company.

Rent Frock Repeat started as an online-only business in 2011, and now has two showrooms in Toronto and Ottawa. Zaidi came on board in the newly created role of business development manager in August 2014, and was promoted to director one year later.

She started with the company in 2014, and within 12 months her efforts resulted in a 400% increase in revenue, a 110% increase in website visits and a 130% increase in member conversion. To date, Fatima has brought in 250 partners including Delta Hotels, Women’s Executive Network (WXN), Alzheimer’s Society and Tourism Toronto.

To secure new partners, Zaidi looks for organizations putting on events that have a similar audience as Rent Frock Repeat—women between the ages of 35 and 50. One of the company’s biggest markets is charity galas. “Any woman attending a gala will need a dress, so that’s the first place I’m going to zero in on,” says Zaidi, 27.

While elements of each partnership vary, each one is based on in-kind cross-promotion. For example, Rent Frock Repeat promotes its partners’ events and causes to its 80,000 members and provides discounts on dress rentals to event attendees or staff. In return, the partners may send email blasts about Rent Frock Repeat to their members or event attendees and print information about the company on tickets.

One of Zaidi’s most successful partnerships is with the Academy of Canadian Cinema & Television (Canadian Screen Awards), now in its third year. As part of the cross-promotion in 2016, Rent Frock Repeat provided members of the Academy’s staff with designer dresses and promoted the awards through an e-blast. In turn, the Academy promoted a 15% discount and contest giveaway for Rent Frock Repeat to its members, and gave it name recognition in press releases and marketing materials.

In 2015, Rent Frock Repeat saw 230 new customers renting dresses for the awards show, and in 2016 the number doubled. Repeat rentals were 70%, and many now use the service multiple times a year. In addition, site visits in March (when the awards were broadcast on CBC) increased by 150%.

Beyond business development, Zaidi regularly appears on media segments for the “Morning Show” on Global Television and other TV channels, whether it’s doing makeovers on deserving women or talking about wedding outfit trends. She also started a charity program called “Rent the Dress, Donate the Rest.” For fundraising events, Rent Frock Repeat donates 10% of rental dress sales to the charitable initiatives.

Zaid was born in the Middle Eastern country of Oman, to Pakistani parents. In 2007, she moved to Canada to study business and human resources at the University of Toronto. From there, she worked in sales and marketing at Just Energy and Thomas Reuters before joining Rent Frock Repeat.

“I felt like a small fish in a big pond when I was working at the corporate firms and I wanted to make a difference and impact a company’s bottom line,” says Zaidi. She knew if she joined the startup world, she would get a lot more hands-on experience. “And it was the best decision I made,” she says.