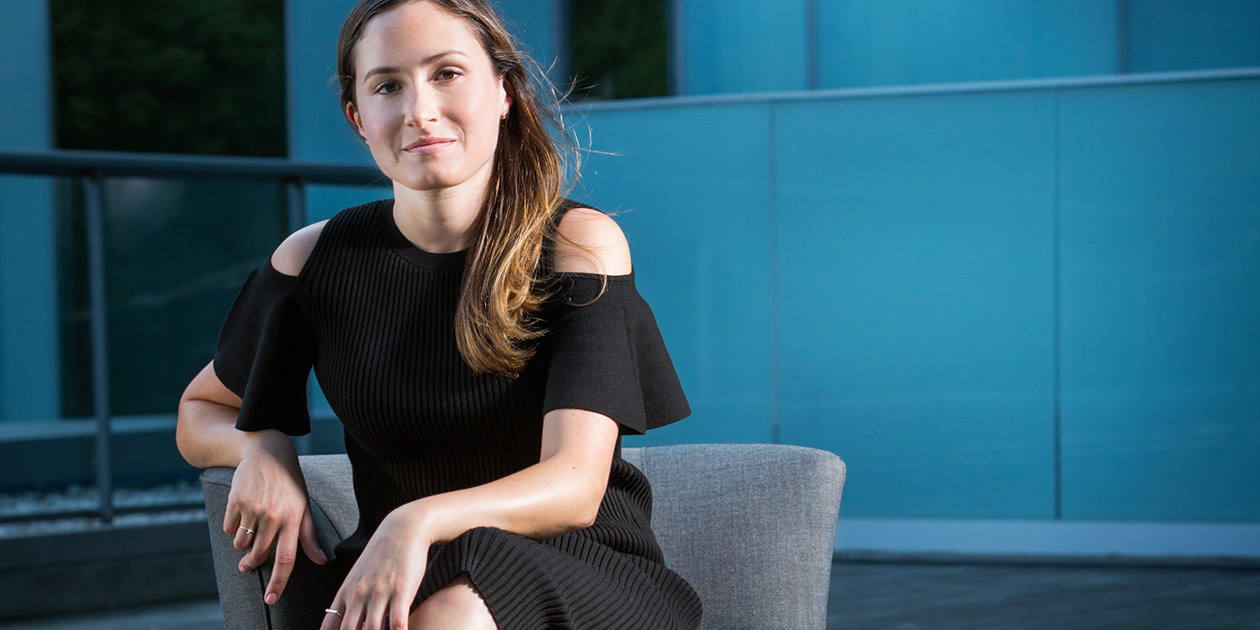 Data continuously rushes inward from multiple channels, buys are being optimized, stakeholder needs have to be addressed and creative is constantly being tweaked to drive consumer response while staying true to big picture brand objectives.

It’s a big ask for one website—Sarah Bugeja does it for six.

As manager, demand generation for Loblaw Digital, Bugeja is responsible for the paid online channels of Joe Fresh in the U.S. and Canada, Shoppers Drug Mart’s beautyboutique.ca as well as the click and collect business for Loblaws, Real Canadian Superstores and Zehrs. She develops strategy and manages execution for paid search, paid social ads, external display banners and affiliate programs, overseeing creative execution, copy creation, analytics and external relationships with Google, Facebook and so on.

According to her boss, Travis Wingate, “she has expertise that nobody else really has.” Well she would have to, wouldn’t she?

The 27-year-old has significant knowledge in multiple verticals (food, apparel, beauty) across multiple channels, each with their own nuances and best practices, he says. “She understands the targeting of who to go after and when to go after them, what creative should be compelling and how all those aspects work together to drive objectives.”

Her success stems in part from her passion and obvious love for digital marketing, he says. “I think that goes such a long way in terms of being able to achieve really, really tough objectives and really high targets.”

Bugeja’s love of digital came early. As a kid, she was fascinated by the internet, reading constantly, trying anything new that popped up online. “I was obsessed with it,” she says. She got her start in media and advertising while still in high school working at a Toronto kids magazine. Later, while studying media, information & technoculture at the University of Western Ontario, she worked every summer with Warner Bros.’s PR and marketing department.

After graduation in 2010 she got her start in retail digital marketing for Sears in 2012, then moved onto Walmart, was given her first manager role with Indigo in 2014 and was recruited by Loblaw in June 2015. In her short time there she’s had a positive impact on Loblaw’s bottom line by meeting those high targets. “Everyone is always trying to spend less money to make more money,” she says. And Bugeja, along with her small team of just two, was asked to increase the return on their ad spend. “In the past year I’ve been able to say I’ve spent less money to make more than we have before.”

Results like that come from her deep understanding of the businesses, the channels and consumers, which enable her and her team to react quickly in the fast-changing ecommerce space. They’re always in Google’s Adwords or their analytics tool Ominture, looking at reports, studying numbers, testing creative executions and making educated decisions about where and how they are best connecting with their consumers.

“I have the skill set to do that in-house if it needs to be done and needs to be done quickly. Because we move really fast, it is constant attention to these accounts and pivoting quickly, making those decisions and moving on.”

Inside the organization, Bugeja is regularly talking with different teams across each brand, figuring out what their goals are and how her team can help. “Because not everything is necessarily about driving revenue, sometime we have to drive upper funnel activity,” she says.

Away from Loblaw, Bugeja spent two years on the board of the Wychwood Barns Community Association, focusing on its marketing and social media. She also teaches digital marketing with the Red Academy and, after previously helping with its marketing she is now serving as co-chair of the annual Get Lit fundraiser for First Book Canada—a charity that strives to put more books in the hands of needy kids.

“She has been a terrific co-chair,” said Romina Tina Fontana, Get Lit founder and creative director. Bugeja has an amazing work ethic and did an “exceptional job” marketing the brand thanks to her “almost innate understanding of all things digital and social.”