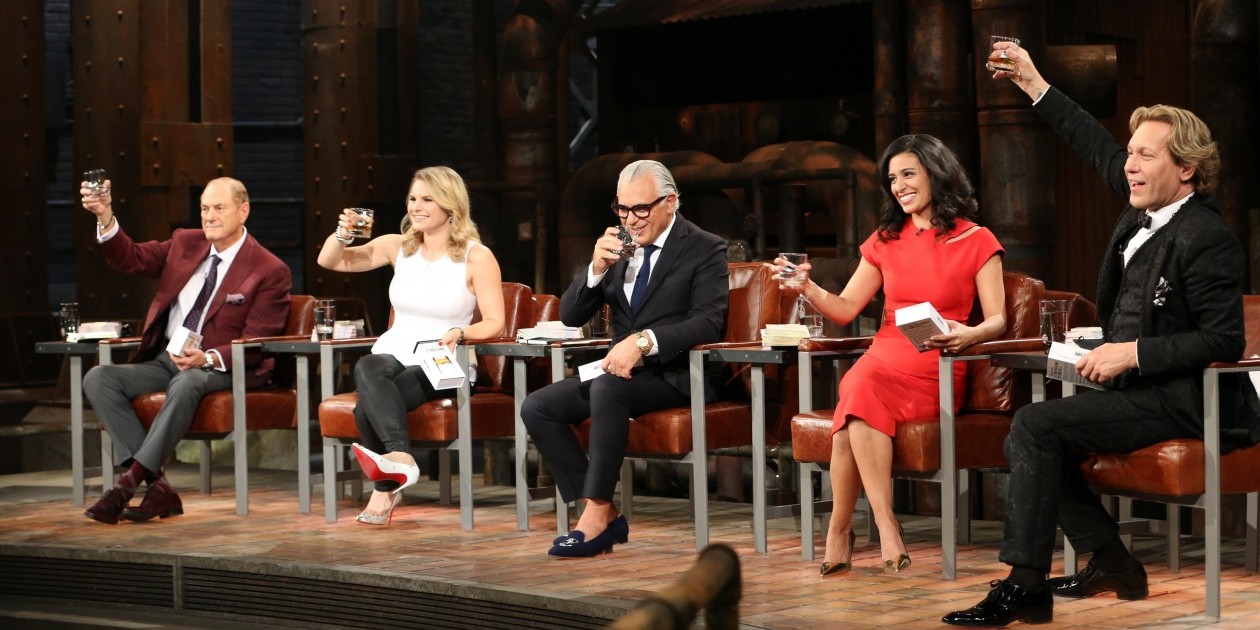 Entrepreneur who trademarked the word Amazeballs, looks for financial support “I get distracted by things or I’ll think ‘that’s a good idea…let’s do something about it,” says the entrepreneur and former ad agency creative behind an actual line of shiny balls—Amazeballs.

The spherical stainless steel drink chillers were first sold at Chapters/Indigo for Father’s Day in 2014, and are now sold in 700 retail outlets across North America including Urban Outfitters, Marshalls and Winners.

Fallak, who is still a company of one person, is appearing on the March 16 episode of CBC Dragons’ Den. He says he’s looking for someone with “deep pockets” who can help him staff up and fund purchase orders, for starters.

The problem, says Fallak, is he has to pay his manufacturer upfront for his vendors’ orders, and it’s 120 days before he gets paid from the stores.

“Developing the product, the name, the packaging and getting big stores to buy it—that was the easy part,” says Fallak. “But the hardest part is the cash flow. Once I get to a certain point, my orders will be able to fund the next orders. But I’m just starting out, so I’m not there yet.”

The idea to create Amazeballs came to Fallak in late 2013. He was reading an article online about the most overused words of the year, and “amazeballs” was one of them.

“It wasn’t really part of my vernacular… but I knew people were saying it,” recalls Fallak. “And I thought to myself, ‘if that’s just now being called one of the most overused terms, there’s still a few more years before we get soccer moms saying it. This is going to trickle down to mass market over the next couple of years.’”

With a background in advertising—he studied advertising at Algonquin College and worked at a small agency in Ottawa for five years—Fallak has a hunch for good ideas. “I just thought, ‘that’s a really strong word on its own and people would get a good kick out of it if it was actually a physical good,” says Fallak. “So that was it. I kind of decided I’m going to turn Amazeballs into a brand.”

Fallak says the idea for a drink chiller actually came right away. He was aware that products like square whiskey stones were getting popular, and thought he could make a round one. He found a manufacturer overseas and within a month, he had the logo and packaging (which he designed himself) and retail-ready samples from the manufacturer in his hands.

He sent samples to Chapters/Indigo, and the company ordered 500 units for Father’s Day. “That’s when I went to the lawyer and said ‘I need to trademark this word,’” says Fallak. “I wanted to own that. I wanted to have that intellectual property.”

When Chapters/Indigo placed a larger order for Christmas, Fallak started to cold call other buyers like Urban Outfitters, and then other buyers, like Winners, started calling him.

Amazeballs wasn’t Fallak’s first foray into entrepreneurship. After leaving the agency world in 2005, Fallak spent seven years working for the federal government. He took a buyout in 2012 and used the money to fund a business he had going on the side: making custom marble coasters from people’s photographs and art.

Now (and hopefully with help from a dragon) Fallak says he’s looking to build a complete line of “Amaze” brand products and become a boutique drink accessories company. He introduced a second SKU last year, Amazerods, a stainless steel rod that’s inserted into beer or soda bottles to keep the drinks cold. The product is currently sold at Chapters/Indigo.

Fallak isn’t ruling out trademarking another pop-culture word either. “If I get another idea like [Amazeballs] that with my hunch I know it’s going to be good, I’ll pursue it for sure.”