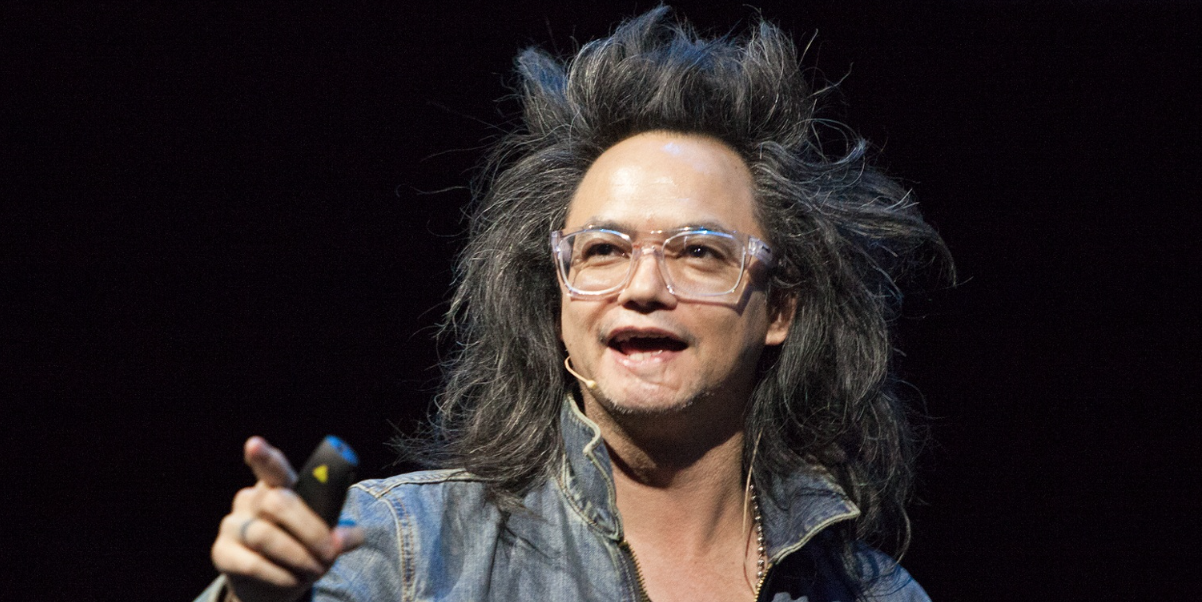 When you’re job title is “digital prophet,” you get asked about a wide range of subjects, but when AOL’s David Shing or “Shingy” was in Toronto late last week, we decided to focus on the future of retail experiences.

After all, given the recent exodus of brands such as Target and Mexx, coupled with the closure of Danier and others, this is clearly one area being hit hard by digital disruption. And Shingy, who spoke to Marketing by phone, was well aware of the problem and full of opinions. This interview has been edited and condensed.

We’re seeing so many retailers either pull out of Canada or close up shop. Is it us?

There are so many different lenses that need to be thought about: How long have they been in market, what does their change management look like, what’s the fulfillment funnel look like? What have they done to try to get ahead of this? This is not an exclusive problem to Canada. I think Canada definitely has its own culture and it may be about where those firms are in the cycle of change, but what we can’t deny is that change is happening. We know there’s a delivery fulfillment beast that everyone’s afraid of. A lot of retailers are saying most of their sales are done at the counter. So why not think of that brick and mortar that you’ve already invested in as something that reflects that community, if that’s what the DNA of your brand is. Warby Parker is a good example: you go in and try a $99 pair of glasses on, but they have all these sofas in their SOHO store in New York and books on the wall. They encourage people to sit down and enjoy this living room space, and guess what? You might try reading glasses on at the same time. So there’s a direct and indirect way that this can work to your brand.

It feels like we’ve spent the last number of years talking from multi-channel to omnichannel. Are there particular gaps that marketing departments should be prioritizing over others?

What I’ve noticed is that retail is slow to really embrace mobile app development uniquely. What they’ve done is mobile-enable their ecommerce [site], and that’s probably not really that unique. There’s a missed opportunity there, which is, what could they do that’s really unique in terms of their active element? Part of that may be an inertia, which is to say, “Why would we want to lead?” Well, part of it is, almost 70% to 79% of this market has mobile connections. There’s no lack of that. But, even if you can’t get the mobile channel correctly sorted, how can they get embedded in these other channels? I think it’s hard for brands to play catch-up in retail. They really have to lead.

Do you think the rise of wearable devices change that at all?

It could be that it’s not as challenging as going from desktop to mobile. That jump felt like a massive chasm to most people, but if you put a computer on your wrist, it doesn’t necessarily feel like it competes with your phone. It’s additive. It comes back down to utility, doesn’t it? Could you put something on the wearable that does one thing? Maybe if you’re an oil-changing company, maybe you send an alert to someone every time they should change their oil. What is it that will make you check your phone in a meeting – should we think about notifications on wearables as a language that could be better articulated by brands? There’s an app by Air France – and Air France creates these beautifully curated playlists on the plane — and it lets you check in and all the other stuff that every airline on the planet has, but it also lets me point my device to a certain part of the sky, and it will determine the playlist of wherever plane is flying over. Even if that’s a marketing ploy, that’s a great way to demonstrate the value prop that’s in your DNA, that we’re going to make what it sounds like when you’re on a plane really beautiful.

Does the same advice apply to marketers who want to move into the Internet of Things, or are there other considerations?

The biggest challenge with IoT is even when you’ve got all these connected devices they’re not always interconnected themselves. I think the home IoT space is probably the best example of that. We’re starting to see third-party services starting to come out to put all of those things together: Lights, fans, air conditioning. Brands aren’t prepared to invest in anything unless it has scale. IoT is a great idea, and it’s great to talk about services, but brands can’t deliver those services if they don’t have that ubiquitousness. They need someone else to create that ubiquitousness and then they can be a component within it. I would say that instead of rushing to the next shiny object like virtual reality, maybe there’s still ways we can captivate people across mobile advertising or even digital advertising.

What if you were the CEO of a global retail brand and had to hire a chief marketing officer, what would you look for?

I think what you’d need is someone who really understands data and the technology of retail – not the fulfillment chain, but in particular: What are you going to be able to invent on an app on your phone that engages people in a way that competes in your category? And how are you going to differentiate yourself from an Amazon? I think you need someone who’s grounded upon the heritage of retail, but who also embraces the future of what technology can do. And I would think the rest of it is, how smart is this person to understand what human behaviour is doing, and why people are still looking at retail as being important? And are they doing it in the physical state or are they doing it in the digital state? And how much do I need to embrace those habits and changes to articulate something that’s new? It’s part technologist, part data monkey, part creative director, part CEO – because you have to still think of the P&L and the EBITDA – and part innovator. Good luck finding that CMO, by the way (laughs).