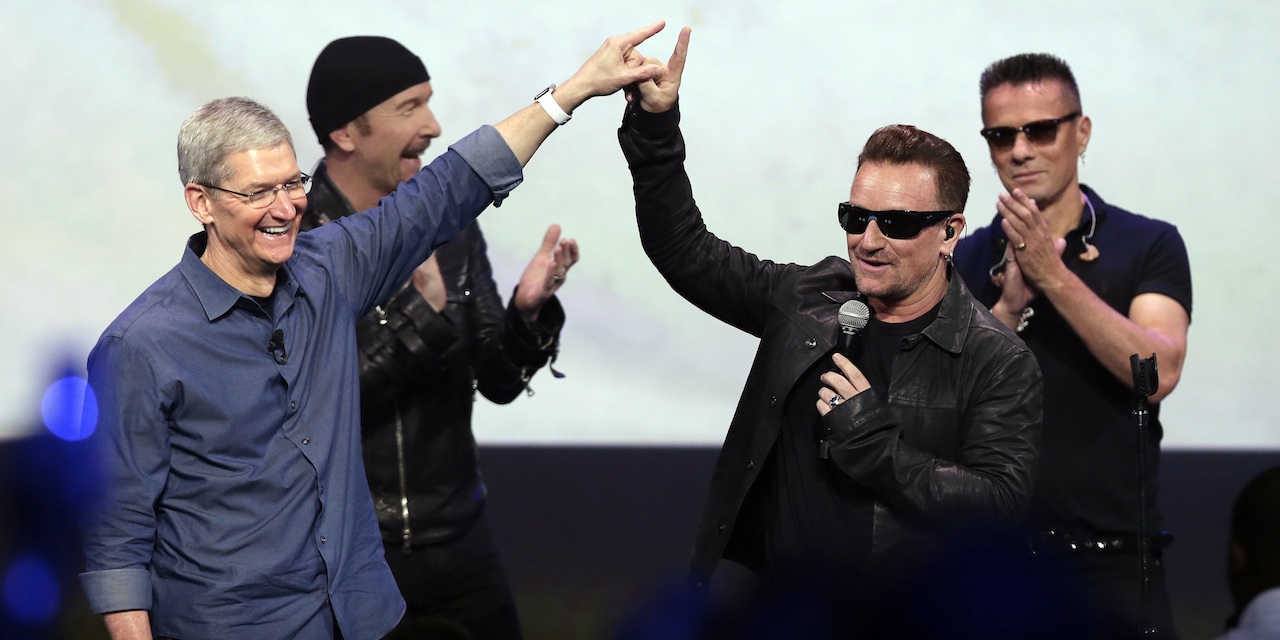 Music-savvy brand misunderstood the personal importance of the playlist

As the dust settled from the latest Apple product-a-thon in Cupertino a day earlier, a new controversy simmered and boiled over on Wednesday. It wasn’t about non-functioning antenna or even naked celebrity photos being leaked, but rather that free U2 album Apple promised.

It turns out the offer wasn’t voluntary, with many iPhone users discovering the album, Songs of Innocence, either automatically downloaded onto their devices or in their music libraries whether they wanted it or not.

It’s not entirely clear how the album is getting there and why some users are seeing it and some aren’t. Apple hasn’t yet responded to a request for a comment, but it does appear that the album is being added to all iPhone libraries.

Whether the user sees it or not depends on whether their phone is set to “show all music.” The album also appears to be downloading automatically for those who have iTunes set to do so with new purchases. Again, it’s not clear if this is using the iPhone’s data connection or if it’s happening just over wi-fi.

It also doesn’t appear to be happening on iPads or iPods, just iPhones. If I get any clarification from Apple, I’ll add it here.

Gigaom has a good explainer on how to prevent the album from showing up in libraries, although as the site notes, there doesn’t appear to be any way to delete it completely.

The site is also correct in saying the move is looking like “one of the worst music publicity stunts of all time,” because of how it’s alienating a lot of iPhone users.

Offering the album for free to anyone who wants it is a nice gesture that millions of U2 fans are sure to appreciate, but there are also plenty of people who don’t like the band and don’t want it forced into their music collection:

Apple Just Uploaded A U2 Album To Your iPhone And iPad — And Seriously, WTF http://t.co/u73s16cB2x

I feel seriously violated for waking up with the new U2 record on my iPhone. How DAAAAARE you.

The outrage is understandable. Someone sneaking malware or even tracking software onto phones is almost expected these days, but compromising a music library – which so many people consider to be intensely personal – is another. Apple, with its long history and understanding of the music business, should know better.

The worst part is that this is motivated by the company and band’s desire to set a record by making Songs of Innocence the largest album release of all time. It’s ironic that they’re placing their interests ahead of all those people using an “iPhone,” a product whose very name is supposed to symbolize how personal and individualized it is.

The company seems to be moving away from the “i” moniker, as the Apple Pay mobile payments system and Apple Watch products announced on Tuesday attest to. With this forced album addition and the feelings of de-personalization it’s provoking, it sure comes off like a move in deed as well as in word.