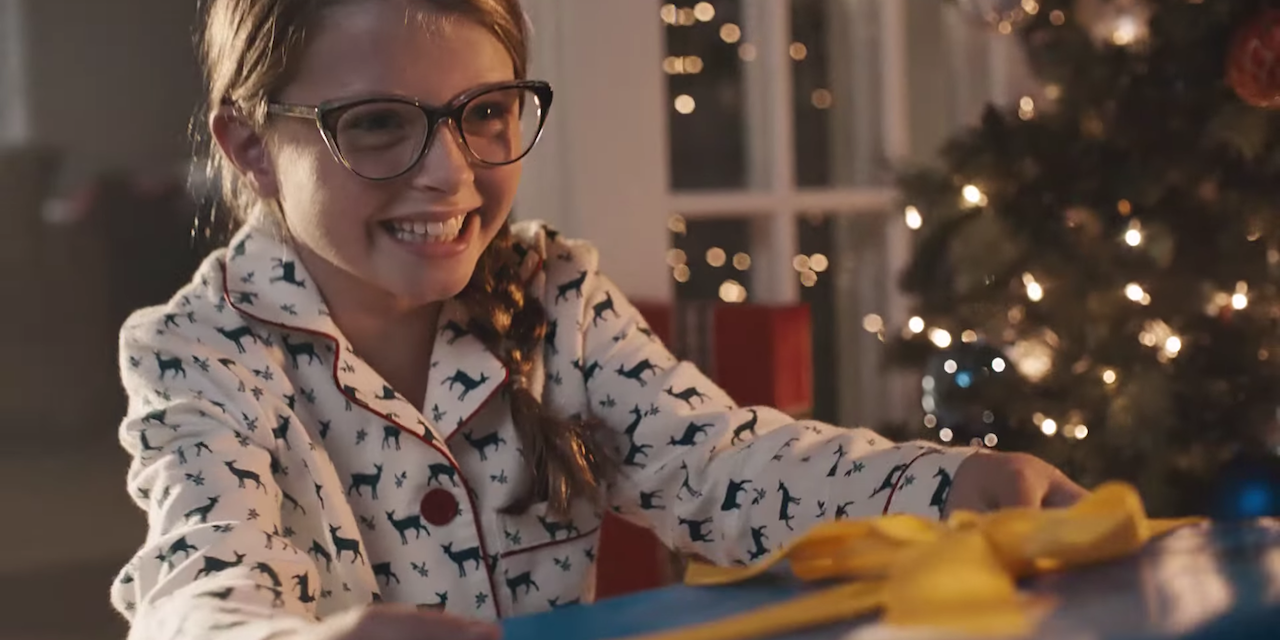 Best Buy might be a place where you look to find the tech and electronics that are on someone’s wish list, but for its new holiday campaign, the retailer is shifting the focus to the feeling you get when you see someone open that gift.

Created by Union, the spot shows a young girl dragging a Santa-sized Best Buy bag up the stairs of a house to find the perfect hiding spot, all while a boy follows her and tries to get a peek. When he finally gets to open his presents, the girl is revealed to be the boy’s mom, showing that giving the perfect gift to someone can make anyone feel like a kid on Christmas morning again.

The video is now airing on TV and in cinemas, with a 15-second version running as a pre-roll ad. Best Buy’s broader holiday campaign also features new online and in-store pieces, as well as a Black Friday radio ad running this week and a Boxing Day radio ad coming next month.

Lance Martin, ECD at Union, says the insight behind the campaign was hearing about how giving the gift someone was looking for helped people of any age feel the same excitement about the holidays as they used to feel when they were younger.

“This is one of the times of year where people really do go crazy, no matter what age you are, and it can really make you feel like a kid again if you can relive that joy through someone else’s eyes,” he says. “When you see the joy that a perfect gift brings, it really makes you feel good too.”

Best Buy brought back a thread from last year’s holiday campaign, where it didn’t show a single product, instead focusing on the feeling that comes with finding and giving a great gift. It may seem like a strange approach for an electronics retailer like Best Buy, which sells what are likely some of the most in-demand gifts for the holiday season, but Martin says it’s a potentially more effective approach, since tech brands themselves put so much effort in promoting the superiority of their products themselves.

“Electronics producers do so much work communicating what’s great about their specific technology, there’s a good opportunity for us to just focus more on that fact that, whatever you are looking for, Best Buy is the place to get it,” Martin says. “Letting the manufacturers do the heavy lifting on telling us what’s the latest and greatest frees us up to leave the perception that whatever the latest and greatest happens to be, you are going to fulfill that holiday moment at Best Buy.”

Martin adds that the approach is also a way for a retailer like Best Buy to stand out during the holiday season.

“If we put out something that would be similar to the competition – like someone getting help from staff in-store when they’re looking for a gift, or showing off all the same electronic products as everyone else – it’d be really easy for everyone to get lost,” he says. “What we’re trying to do is break through by being quieter and basing our message more on a story so it can draw you in and you can enjoy watching it.”

This story originally appeared on Strategy.com