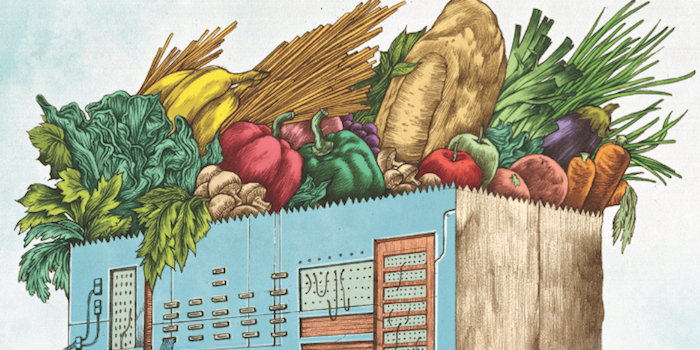 ...and killing the flyer as stores invest in customized coupons and offers

The ubiquitous grocery flyer’s days may be numbered. In lieu of grinding out newsprint plastered with specials–some of them paid promotions from product manufacturers–Cincinnati-based Kroger instead tries to figure out which items an individual customer actually wants (or needs) to purchase.

Then the American food giant sends them customized digital coupons for several of those products.

Proponents have claimed the redemption rate for such coupons soars high above the industry average, and that they’ve generated billions of dollars in additional revenue for Kroger, while at the same time building loyalty.

For large U.S. chains, such as Kroger and Safeway, this raises the tantalizing prospect of eliminating flyers altogether, and with them considerable printing and distribution costs.

Robert Graybill is president and CEO of Baltimore-based FMS Solutions, a consultant to independent grocers across North America, including Freson Bros., in Alberta. He thinks personalized offers like these could replace delivered flyers within five to seven years.

“They’ll be gone very soon after that,” he says. “As the millennials begin to grow up and start shopping, electronic communications will become the norm.”

There are sophisticated analytics behind Kroger’s targeted coupons. The company is said to employ more than 100 analysts sifting through hundreds of terabytes of data collected during billions of shopping trips.

Although the term lacks a firm definition, “big data” refers to the collection and analysis of data sets so huge that they cannot be processed efficiently–or at all– using traditional techniques.

Kroger prides itself on its ability “to know our customers better than anyone else,” as CEO Rodney McMullen boasted in his most recent letter to shareholders. “We’ve been mining big data for a long time.”

Amazon, meanwhile, was born in the mine itself.

Although the famously successful online retailer has no pedigree in fresh food, its ability to guess customer wants and needs and recommend products accordingly has proved spectacularly effective.

“The Amazons are sneaking up on us, and I think [online retailers] are going to be the next Walmart as far as the grocery industry is concerned,” says Graybill.

Although he doesn’t predict doom for traditional grocery operations that don’t get on the big data bandwagon, the pronouncements of larger consultancies seem apocalyptic.

“If companies sit out this trend’s early days,” reads a statement from Deloitte Analytics, “they risk falling behind as competitors and channel partners gain nearly unassailable advantages.”

Data analytics have already left a profound mark on grocers.

Decades ago, American and European chains were among the first retailers to introduce loyalty programs, providing insights into customers’ shopping behaviour. (In general, major Canadian grocers have been late adopters.)

A customer purchasing baby wipes unwittingly reveals to a grocer that she likely has a young child; her habits may also confirm she is vegetarian. Most grocers also possess huge repositories of transaction data.

Yet over the last decade or so, the sector fell behind as others began exploiting ever-cheaper computational power and new business-information technologies.

Grocers are now confronted with an array of new tools promising to make sense of streaming data, from social media, indoor location technology, mobile applications and screen scrapers that collect prices from competitors’ websites and relay them in near real time.

How unassailable, really, are the advantages these technologies can provide? And how should a small, independent grocer, con- strained by limited IT budgets and analytical expertise, respond?

He says it’s relatively straightforward to mine loyalty data to identify what individuals are likely to buy. Knowing how often a given customer buys ketchup or steak over a six- month period, a grocer can make educated guesses about when that customer may be running low.

“You come up with a strong list of 20 items per household that you think they’re likely to buy,” he says, “and on the day the flyer comes out, you send those households a nice email listing those Top 20 products, telling them they’re on sale at their favourite store.”

Such degrees of personalization represent the most exciting promise of big data for grocery.

Teradata is a major data consultancy, based in Dayton, Ohio, that serves a broad swath of industries; its retail clients include 7-Eleven and Carrefour.

Brent Buttolph, a retail consultant there with expertise in grocery, says grocers can mine their data to understand patterns in the behaviours of former customers who stopped shopping.

Consider paper towels and laundry detergent. These products aren’t seasonal, and unlike many categories, they’re replenished on a relatively predict- able basis.

So if “suddenly these items are no longer show- ing up in [customers’] baskets, or with less frequency, it can certainly be a strong indicator that they have shifted not only these categories to a competitor, but potentially other categories as well,” he says.

Recognizing such patterns across a certain customer segment, grocers can pinpoint customers who are likely to jump to another store and engage them in efforts to keep their business.

Big data also promises to demystify pricing. Available from vendors such as SAS and Oracle, price-optimization software attempts to analyze how changes in price affect demand for a given product, and use that understanding to optimize promotions. It’s been available for several years, but its promise
is only now being recognized among small grocers.

“It looks at your product movement and the elasticity of the pricing,” explains Graybill. “Essentially, it says: ‘You’re in a white, middle class neighbourhood that eats hamburger, beefsteak and high-starch products.’ They’re not eating stir-fry; water chest- nuts are not something the consumer knows the price of.”

The software might therefore recommend price increases to boost margins–but it might counsel against touching Aspirin, a favourite of elderly customers.

This is hardly an exhaustive list of possibilities. Before becoming too excited, however, one should also recognize that big data’s potential can be overstated.

The story of how Tesco eclipsed Sainsbury’s to become the U.K.’s leading grocer has long been a favourite among software vendors and consultants. Tesco’s Clubcard loyalty program, introduced in 1995, was among Britain’s earliest. Over time, it acquired an ever-larger ownership stake in Dunnhumby, the same market research consultancy behind Kroger’s growing big data clout.

“More than any other retailer of scale, Tesco had commit-
ted to customer research, analytics and loyalty as its marketing and operational edge,” noted Michael Schrage, a research fellow at MIT’s Center for Digital Business, in a recent commentary for Harvard Business Review.

Yet for all that, Tesco proved anything but unassailable in the face of discounters such as Aldi and Lidl, to which it has steadily lost market share.

Earlier this year, Tesco confirmed it hired advisors to explore “strategic options” for Dunnhumby. (Translation: Tesco’s much-vaunted secret sauce is up for sale, if anybody’s buying.)

“Tesco’s decline presents a clear and unambiguous warning that even data-rich loyalty programs and analytics capabilities can’t stave off the competitive advantage of slightly lower prices and a simpler shopping experience,” Schrage noted.

Although they’ve not made investments on the scale of Kroger or Tesco, Canada’s largest grocers are clearly considering big data’s implications.

“We’re far away from the time we can sort of merge all of these things together, but the potential is there,” he said during the conference. “We all see it as a big opportunity. Our board sees it, but we need to walk before we run.”

Like Tesco and Kroger, Metro is also a Dunnhumby client, and in recent years has increasingly targeted its customers with personalized offers.

Sobeys, meanwhile, appears to be starting from scratch. Following its acquisition of Safeway Canada, it has radically changed its analytical foundations by abandoning its own loyalty program in favour of Air Miles.

There is still some hesitancy about big data’s potential in Canada.

“I’m not convinced that deep personalization, or the complete leveraging of big data, will have tremendous yields in the Canadian grocery space,” says Perrier. He points out that
in stark contrast with the more fragmented U.S. market, three retailers here “control 88% of the market.”

Moreover, he’s not sure Canadian consumers will be receptive to personalization in the same way Americans are. Canadians are more conservative about adopting new technologies, and attitudes and laws concerning privacy are more restrictive here.

What’s an independent grocer to do? Making better use of existing data might be a good place to start.

Graybill says he’s seen plenty of independents already in possession of valuable data about their customers and neighbourhood demographics.

“They get a loyalty card and they use it basically as a way to provide markdowns on products in the store, and they don’t bother to do anything more,” he laments. “There are lots of independents that are not properly mining that data.”

Once you’ve considered what you already have, look for significant gaps in your knowledge. Such is the hype around big data that even mature companies are blindly collecting large data sets without having a clue what to do with it.

Rather than amassing new data in hopes of identifying business problems, Teradata advises grocers to instead identify specific business problems and then go find data necessary to address them.

Paradoxically, perhaps the most common advice regarding big data is to start small. And don’t buy a new technology unless you’re also prepared to supply the resources to operate it.

“If you don’t have the people and the processes in place to take advantage of it, you’ve just wasted your money,” says Graybill. “It’s like owning a Lamborghini in New York City.”

Independents needn’t be shut out. The Coleman Group of Companies operates a dozen grocery stores and a food wholesaler in Newfoundland (as well as a handful of furniture and clothing stores).

The company’s five-person IT team works out of what used to be the manager’s apartment, above a former bank branch the company rents as an office.

Judy Bennett, who handles public relations for the family-owned group, says, “We go to all the conferences and conventions, and we bring our IT guys with us, so we’re visiting all these booths where technology is presented. We have consultants come in and advise us.

“We want to be as good as the big guys. Obviously, we have to do it on a much smaller budget, but you have to be in the game.”

Working with partners such as Infinitus, a marketing and technology consultancy, Colemans has built capabilities one might expect at a larger organization. For example, the company established a three-person space management team that digitally manages the physical room allotted for products at each of its stores.

Colemans sometimes introduces new products based on a single customer request, but the team watches the data closely to see whether it’s a hit or a dud.

“A lot of stores that don’t have the technology we have end up with products on the shelves that aren’t moving,” she says. “They get stale, and there’s no place to put new products coming in.” Bennett adds, “We’re pretty techno-savvy for a small company.”