Bikini Village is aiming to make a splash with a new store concept and updated logo.

The 38-year-old swimwear retailer was purchased by Montreal-based La Vie En Rose last spring, after Groupe Bikini Village filed for bankruptcy protection. The company was $6 million in debt and had a net lost of $6.4 million in 2014.

Since the purchase, La Vie En Rose has worked on evaluating all aspects of business and trying to understand the customer, said François Roberge, president and CEO of Boutique La Vie en Rose. “After that, we started to take action,” he said.

In November, Bikini Village launched an ecommerce site and new product lines from Colombia, Brazil and the U.S. Then, it was time for a makeover. The logo hadn’t been updated since the brand launched in 1978 and “nothing was fresh,” said Roberge.

Bikini Village’s new, more modern logo features a metallic colour meant to be reminiscent of the sun, the sand and golden tans. 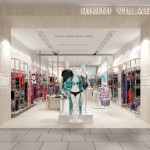 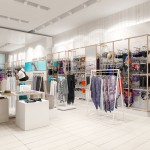 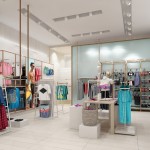 The new store design also goes for a modern look, with neutral colours that showcase the retailer’s colourful products. The store design is inspired by cabanas and is meant to create a calm, refined and simple setting.

“A lot of times, women don’t feel comfortable [trying on bathing suits],” said Roberge. “We tried to create an atmosphere where the product is going to be shown off and it’s going to be easy for them to choose.”

The new Bikini Village concept will launch with the re-opening of the CF Galeries d’Anjou store in Montreal at the end of May, followed by the opening of a new store in West Edmonton Mall in June.

Later this summer, renovated locations will open at Carrefour Angrignon in Montreal and Bayshore Shopping Centre in Ottawa.

All stores will eventually be renovated, but Roberge noted some stores might close. “Bikini Village needs at least 125,000 potential customers [in the area] to survive, whereas La Vie en Rose is 40,000,” he said.

With the seasonal nature of Bikini Village’s business, having perhaps only 2,000 people in a small town going on vacation in the wintertime, “it’s not enough to survive for a bikini store,” said Roberge.

This article provided courtesy of Marketing Magazine
This story can be found at: http://marketingmag.ca/brands/bikini-village-launches-new-store-design-171700.
Copyright © 1996-2022 Brunico Communications Ltd. All Rights Reserved.