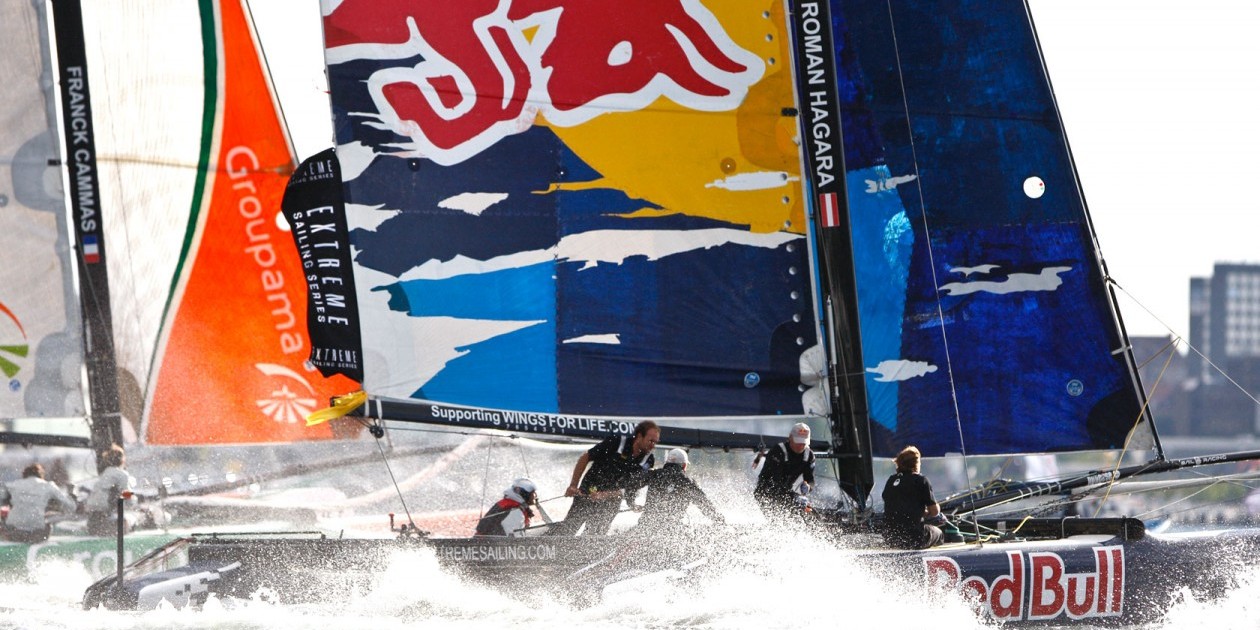 When energy drink company Red Bull launched in April 1987 it used the oldest trick in the book, handing out free samples of its product.

But the drinks didn’t go to just any consumer. Red Bull targeted people who might benefit most from the high-caffeine beverage, then talk it up, including athletes and later artists, musicians and more recently video gamers.

Red Bull has also been expanding its marketing strategy well beyond the contents of an aluminum can. The brand now includes a rapidly growing media division with print publications, a digital video and TV service, and a music label, all geared towards the same young, active audience in need of an energy boost.

Red Bull is also behind a number of events, from music festivals to motorsports, as well as some more extreme ventures, including the well-publicized 2012 space dive by Austrian adventurer Felix Baumgartner.

Today, Red Bull is known in many circles as the media company that happens to sell energy drinks, and a leading example of how brands are building consumer loyalty without ever having to hold up a sample of their product.

“It’s all about the brand, and less so about the product,” Gregory Jacobs, head of monetization at Red Bull Media House North America told The Gathering event in Banff on Wednesday.

“If it’s authentic [and done well] …. the audience will know who delivered them the programming. Trust me, you don’t have to have the can in hand.”

“At the end of the day it’s revenue that we look for, but it’s also eyeballs. Those two things combined together is your KPI [key performance indicator],” he said.

But successful content marketing requires both a heavy financial investment and a commitment to building an authentic brand.

“When the brand comes first, you turn brand lovers into can buyers,” Jacobs said.

The good news for the industry, according to Jacobs, is it has never been a better time to create and promote content, given the exponential growth in social and digital media.

“We’re in a media renaissance. Never before have we had so many platforms to distribute our content,” he said. “You don’t need to be part of the big [TV networks] or cable companies, you can do it yourself …

“All you have to do is have the creative ideas, spend the money to do it right .. don’t cut corners. The world is our oyster right now.”

“5 Rules to Live By” when building a lasting brand, according to Gregory Jacobs, head of monetization at Red Bull Media House North America

1. Be relevant & authentic
2. Surprises and innovate
3. Be consistent, and always on
4. Be the story. It’s always about audience and storytelling
5. Inspire sharing