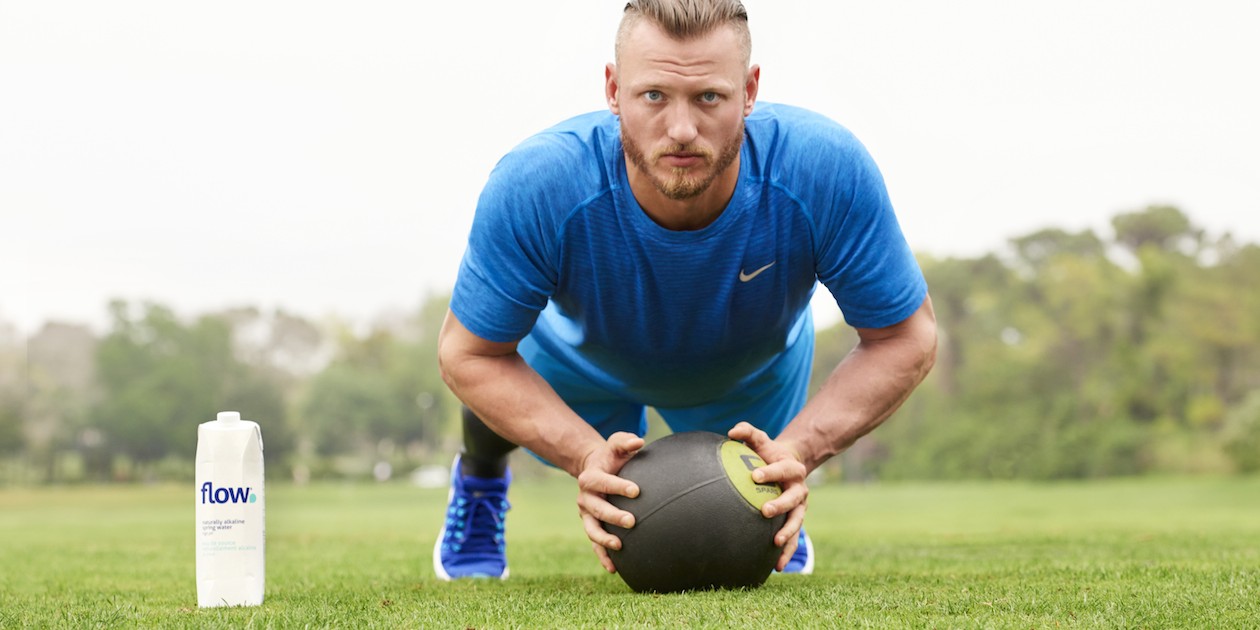 Flow Water founder and CEO Nicholas Reichenbach is no baseball fan, but that hasn’t stopped him from going to bat with star Toronto Blue Jays third baseman Josh Donaldson to promote his brand.

Reichenbach got a call from Donaldson’s agent last summer expressing interest in associating his client, who had tried the water, with the brand.

Reichenbach told the agent nothing was available because the brand had just launched. “But (Donaldson) loves the product, so we’ll get him some water and we’ll keep in contact.”

Several months later, and with an MVP in hand, Donaldson has inked a one-year deal to promote Flow Water in Canada and the U.S. in its spring and summer “Mind, Body & Flow” campaign. Custom content will be rolled out in retail, social media, digital, experiential and PR channels.

Flow, which bills itself as naturally alkaline spring water with high pH, is sold by retailers such as Loblaws, Whole Foods, Sobeys, Metro and Shoppers Drug Mart, and is about to enter the U.S. market . The water is sourced from a sustainable spring on family-owned property in Mildmay in Southwestern Ontario and the company uses eco-friendly Tetra-Pak packaging.

An association with a celebrity spokesperson was not in the plans, Reichenbach says, but the company has an influencer strategy to partner with people who transform “from the ordinary to extraordinary and Josh just totally fit that.”

The campaign, which was shot during spring training in Florida, features Donaldson explaining what it means for him to be in the Flow. (For example, Donaldson says: “What Flow means to me is you’re in the zone, you’re locked in and your body’s feeling good.”)

Our whole mantra is complete and mindful positivity and Josh is completely that. We didn’t give him a script. He just basically was talking and he really is 100% on our brand.”

Donaldson will be featured in a POS campaign for Flow Water in national retailers to promote a contest in which customers can shoot user generated content to get a chance to win access to “exclusive boot camps.”

The Blue Jay will also create social media content on the go throughout the summer, such as a video of Donaldson “getting in the Flow” by playing ping-pong.