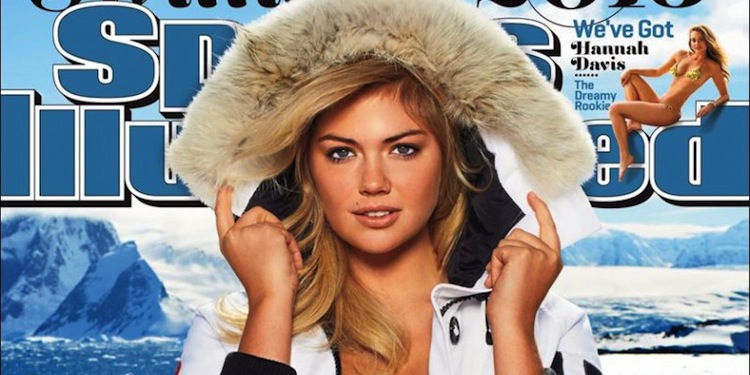 Will the luxury brand survive its success?

It’s the four-letter word every fashion brand dreads: Over.

“I would wear a [Canada Goose jacket], but they’re definitely over,” Ben Lyons, an entertainment reporter, recently told the New York Post at the Sundance Film Festival. “You see them everywhere.”

If you walk down any North American metropolis with a climate that hits below-freezing temperatures, you’ve seen people wearing the distinctive fur trim and arm badge of a Canada Goose parka—or you might be wearing one yourself. Either way, it’s clear that the coats have achieved a critical mass in the last few years, driven by savvy marketing and terrific word-of-mouth.

So trendy or not, no one is claiming Canada Goose jackets are just a fad. Known for supplying arctic gear to those traveling, working and exploring in frigid temperatures—they’re standard issue for the United States Antarctic Program—Canada Goose has a reputation for being one of the warmest quality jackets on the planet. But with price tags running as high as $1,195, they’ve also become high-fashion status symbols, sported by celebrities including Daniel Craig, Emma Stone and Morgan Freeman, along with a notorious starring role on the cover of the 2013 Sports Illustrated swimsuit edition. Canada Goose has also deliberately courted Hollywood by sponsoring Sundance for several years, complete with free coats for VIPs.

The appeal of sporting the trendiest winter apparel has had people flocking to their nearest Canada Goose retailer and shelling out big bucks to get their hands on the down-filled coats. (It’s also fuelled a boom in counterfeits that Canada Goose has worked to stamp out.)

All that success, however, is starting to look more like a liability, as ubiquity chips away at the brand’s exclusivity. Canada Goose is, of course, not the first luxury brand to face this challenge; preserving a rarefied status while maximizing revenues is something all fashion brands grapple with. So how should Canada Goose proceed? How does any brand ensure it doesn’t become a one-hit wonder?

“When a brand becomes popular, they appeal to a very different segment, and that segment has very different needs,” says Alexander Chernev, a marketing professor at Northwestern University’s Kellogg School of Management in Evanston, Ill. When a brand becomes trendy, early adopters can feel a disconnect because their needs are no longer being fully addressed. “Selling to that segment also conflicts with selling to the original segment, who were looking for products which differentiate them from other consumers,” says Chernev. A business has to decide who they want their audience to continue to be: early adopters or the mass market.

“Some brands have the fortune — or misfortune — to become popular,” says Chernev. “The good news is that their sales go up, their brand gains popularity, and their revenues start increasing. The downside is that the meaning of the brand changes. It’s much less of an exclusive brand and much more of a kind of popular brand.” In the process, the power of a brand often declines. “It appeals to a larger set of consumers, but its meaning is not as strong for that larger set as it used to be,” says Chernev.

One company that saw its brand value decline after expanding and gaining popularity was Lacoste (which is about to begin a PR push in Canada). The French apparel company known for its crocodile logo went through a difficult period when General Mills — yes, the same company that makes Cheerios — took ownership in the late ’60s and cross-bred it with another fashion brand, Izod. The result was a decreased price point and Izod Lacoste shirts for the mass market. It made the product readily available and affordable, but almost destroyed the brand in the process. “They realized that’s not the way to go, and they repositioned the brand to be more upscale,” says Chernev. Swiss retail-investment company Maus Freres bought the Lacoste label in 2012, and has since been able to move it back up-market.

Brand extensions are another way that luxury manufacturers can preserve their high-end products while becoming more accessible. Car makers such as Mercedes-Benz and BMW have been able to do this by offering consumers different models of their cars at different price points, says Chernev. Mercedes’ A-Class and BMW‘s 1 Series vehicles appeal to very different customers than their S-Class and 7 Series models, but still maintain their high-end brand associations.

One fashion company that’s been trying to make a comeback with a brand extension is UGG Australia. Known for its sheepskin boots that were all but mandatory for Hollywood starlets in the mid 2000s, UGG has more recently been pushing into men’s footwear. Although some celebrities like Ben Affleck and Bruce Willis were seen sporting a pair of UGGs around the time it was a big fashion trend for women, it never caught on with male consumers. In 2010, however, UGG inked a deal with with New England Patriots quarterback Tom Brady, who is now a spokesperson for its UGG for Men line. The company also ramped up its brand awareness among male consumers with a more rugged advertising campaign. Millie Ho, a consultant with Retail Category Consultants in Toronto, says the marketing campaign and accompanying social media contest generated a lot of renewed interest in the brand.

Crocs also took consumers by storm. The colourful plastic clogs first became popular among backpackers, chefs (Mario Batali is a big supporter and can often be seen wearing his signature orange Crocs), and other people who spent a lot of time on their feet. The company grew exponentially when it went public in 2006, but soon after it began struggling due to competition from cheap knock-offs and the recession beginning in 2008.

“They tried to differentiate themselves, but the problem is they already had a tagline along the lines of ‘you wouldn’t really be seen wearing Crocs if you’re a fashionista,’” says Ho. “When they tried to pull off Croc wedges and heels, it just went against what they were known for previously, which was comfort and practicality, and not necessarily style.”

Once a brand has become popular, whether it survives after the trend passes will depend on whether a consumer aligns with a company’s brand and message. “If you buy an offering because of the product and not the brand, then the power of the brand has declined, and the brand is not serving its function to its full extent,” says Chernev. Creating an emotional connection between a brand and consumers will help to ensure that it prevails even after the trend has moved on.

As Canada Goose has built its brand around its heritage, its commitment to craftsmanship and its quality of products, the winter outerwear manufacturer has made sure to highlight these key points to consumers. “Canada Goose has really been ramping up their content marketing,” says Ho. “They wanted to create more of an emotional connection with their consumers by having very aspirational campaigns where you have inspirational stories of explorers in the Arctic.” The company declined to comment for this story.

Dani Reiss, who is both CEO and the grandson of Canada Goose’s founder, Sam Tick, told Bloomberg in December about preferring to get exposure for his products in the places where they were built to be used: on snowy trails rather than a runway. “I’ll take Siberia over Moscow any day,” said Reiss. “Because if I get Siberia, I will get Moscow. We make the warmest jackets on earth, and cities get cold, too.”