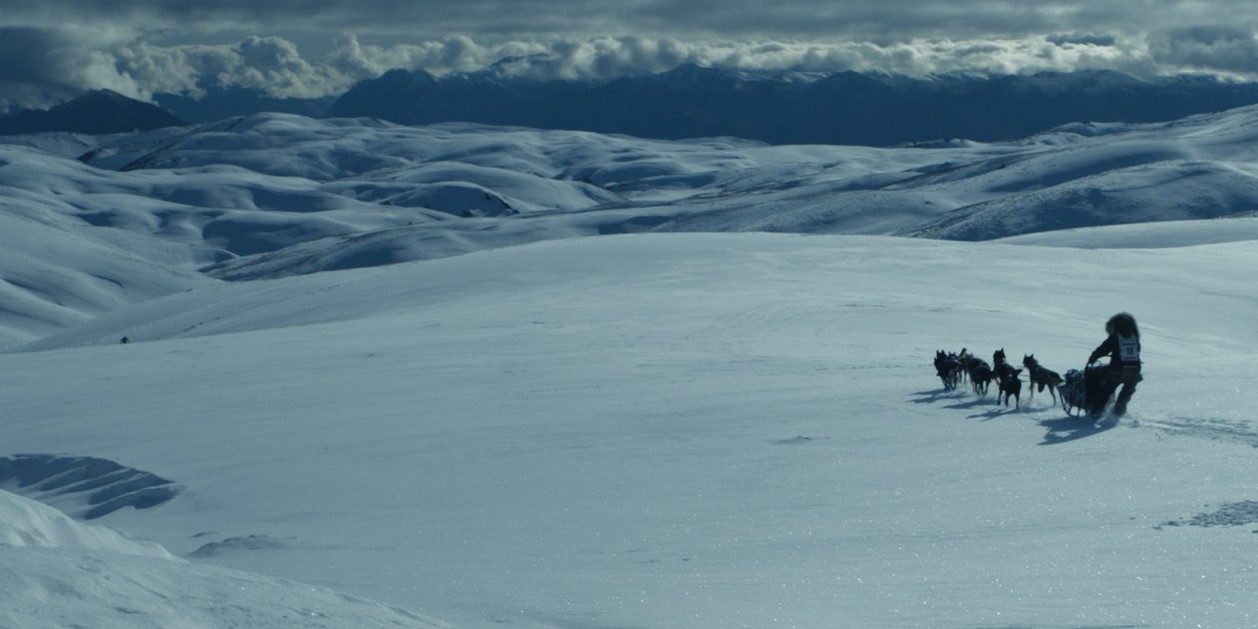 As the rain pelted against the windows of the exclusive Explorers Club on New York City’s Upper East Side Tuesday morning, inside, five adventurers were braving much harsher elements in a new five-minute short from Canada Goose titled Out There.

For its most ambitious advertising effort to date – both in terms of budget and scale – the luxury winter wear brand worked with Oscar award winning director Paul Haggis on its first global campaign to recreate the real-life stories of people successfully overcoming the elements, thanks in part to their Canada Goose gear.

Addressing a crowd of trade and fashion media, CMO Kevin Spreekmeester said the short film allowed Canada Goose to tell its story from the past 60 years using real people who are champions of the brand.

For instance, Marilyn Hofman, a medivac flight nurse, fell through the ice in Churchill, Man. and remained there for 10 minutes—buoyed by her puffy parka—until a colleague was able to reach her.

Also included in the short is the first Canadian to summit Mt. Everest, Laurie Skreslet, who was on-hand for the press event in New York City.

“Canada Goose has the inside knowledge on how to make the kind of garments that work within extreme temperatures,” said Skreslet. “It’s ironic for me to see over the years something that’s pragmatic and practical turn into a fashion statement.

“It brings a smile to my face because I remember the days when I first started climbing and you had a big puffy jacket, it just sort of defined you as someone who wasn’t in the norm,” he said. “A lot of time and energy went into making that as effective as it is. You wouldn’t think it until you put it on and start moving in it. It actually works.”

These, and the stories of the remaining  brand ambassador “Goose People” are re-enacted and celebrated in the film and across multiple platforms.

Unveiled at the media event and launched globally the same day, the film is part ofan integrated campaign that lives online, on social, in print and through out-of-home activations across North America, Europe, Scandinavia and Greenland.

In Europe the brand has guerrilla projections planned for the sides of buildings including an unspecified castle, and along with it, a budget in case they get fined, Spreekmeester told Marketing.

Published to the Canada Goose website, the film includes what Spreekmeester called rabbit holes with bonus content that provides viewers with the opportunity to explore the real story in-depth. The film can also be viewed on YouTube.

“When you include the rabbit holes it becomes very honest,” said Spreekmeester. “All of a sudden you can click in and hear the voices of the people featured in the film and their stories really are what are dramatized in the film and you see archival footage or images and I think it really comes home.”

The endeavour from conception to launch took approximately six months, said Spreekmeester. “We like to start a bit earlier, but when you come up with the right idea I guess it doesn’t matter, he said.

The brand’s creative agency CAA wrote the script and handed it off to Haggis who “adapted and played with it and made it his own,” said Spreekmeester.

Asked how the brand ethos fits his directing style, Haggis, the screenwriter-director who won an Oscar for 2005’s Crash, told Marketing “I just try to tell a story. I guess how it does fit, they came to me with this script and some really strong stories to tell and I like telling strong stories. I do it simply… I just try to get the truth on the frame.”

Haggis was focused on telling those stories, but also cognizant of the fact that what he was shooting was for all intent and purposes, an advertisement–even more than he had to be. “Every time I tried to put the jacket in the shot they said take it out. They were really supportive and wanted to tell the stories and I thought that was really refreshing,” he said.

The goal of the short film is less about selling jackets than it is ensuring people understand what the brand is all about, said Spreekmeester.

“There are so many people becoming aware of Canada Goose, new people in new regions and people in existing places who don’t know the deeper [brand] story,” he said. “We needed to make sure people understood what the brand was all about and this was the best way to do it.”

Down the road, marketing communications may become more product specific, added Spreekmeester. Three more phases of the campaign are slated to launch over the coming months – one for spring, one in support of film festivals and a third instalment that doesn’t yet have a strategy behind it, he said.

Canada Goose’s puffy parkas have exploded in popularity in recent years without the help of mass marketing. The brand tends to eschew traditional tactics, an approach that still works in maintaining its authenticity.

“Our consumer likes to feel engaged, they like to feel part of the family and have a direct dialogue… traditional ad campaigns, magazine ads don’t allow us to create that to the degree that we need and want,” he said. The brand relies on social and PR, which in Canada is handled by North, to connect with consumers and communicate the brand’s story.

Creating a movie and hiring an A-list director lends itself to a brand that has been connected to Hollywood and the movie industry for more than two decades.

Canada Goose coats became popular with film crews looking to stay warm on overnight shoots. From there they became the warm-up coat for actors as they came off set. Stylists began to notice, and to give their movies a more authentic look, started putting the coats in cold-weather movies like The Day After Tomorrow, National Treasure and Eight Below.

When studios called asking for product, Spreekmeester would tell them “if it’s in front of the camera you can have it. If it’s off camera you can buy it.”