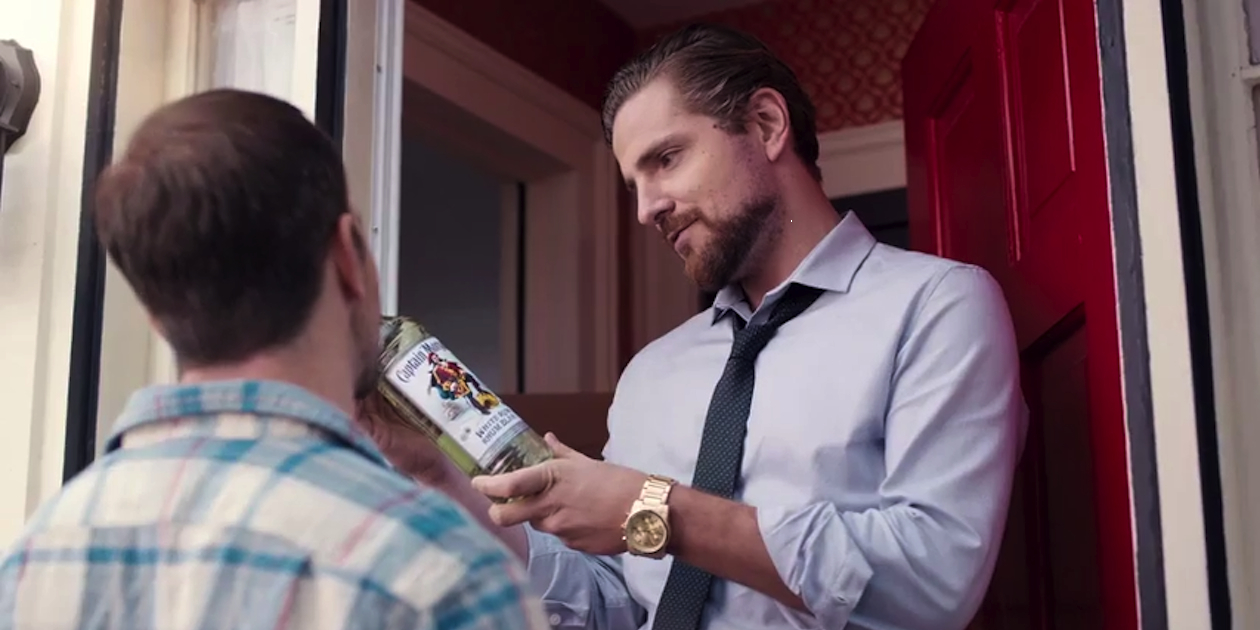 The Maritimes' loyal rum market gets a unique regional campaign Rum has long been the drink of choice for Maritimers. Back in the 1920s and 1930s, sailors from Nova Scotia would make “rum runs,” delivering the liquor to the U.S. during prohibition. The amount of rum available in those years helped cement the liquor’s place in social life across the Maritimes.

The connection holds strong today, especially in the case of Diageo’s Captain Morgan brand, which currently holds a 63% share of the white rum market in the region. Canada’s East Coast accounts for 40% of the company’s overall volume in rum sales and 50% of its sales of white rum. That’s hugely disproportionate to the size of the population (by comparison, the company says the Atlantic Canada accounts for 6% to 12% of sales in other spirit categories).

The East Coast rum drinker also represents a different kind of consumer. While the brand’s target in other Canadian markets is roughly 18-25 years old, in the Maritimes it’s 25-39. Even the product itself is a little different out East, where Captain Morgan makes a white rum with a greenish tinge (while most rums are treated to be perfectly clear, the brand has maintained the original process it used in 1953, when Nova Scotia was became the first province to sell the label). More filtered versions of the rum were later introduced across Canada, but the original was a hit in the province, so Diageo has continued to sell it across the eastern provinces.

For the latest Captain Morgan campaign, the company wanted to remind East Coasters of that unique relationship.

Crafted by Halifax’s Extreme Group, “Made Different” celebrates the Maritimes as an outlier within Canada. The campaign’s TV spot, currently on air, shows a friendly neighbour dropping off a bottle of Captain Morgan to a new neighbour from Toronto. The man remarks on the liquor’s colour, to which the Maritimer retorts, “You’ll find things are a little different out here.”

Geoff Kosar, marketing director at Diageo Canada, said the company was looking for a campaign with humour that appealed specifically to this market. The company usually uses TraffikGroup for creative. But for this campaign, it asked for pitches from a handful of local agencies. “We really wanted to tell the story that we were doing something different, something special for the people of Atlantic Canada,” Kosar told Marketing.

Before the campaign, Diageo did a deep dive into research on Atlantic Canada by hosting focus groups, doing an online survey with more than 1,000 consumers in the region and spending time with consumers during home visits to see how they interacted with rum in domestic social settings. The results were clear across the board: Maritimers feel different and that difference informs their identity.

Among the results: 83% of Atlantic Canadians who have lived in other parts of Canada prefer living on the east coast, and 90% of Atlantic Canadians say the culture of the maritimes is an important part of their identity. As for rum, about a third listed themselves as part of a “generation of rum drinkers,” and 63% agreed with a statement that Captain Morgan in particular is “rooted in east coast tradition.”

Many of the findings informed the new campaign, which also includes radio ads, digital, mobile and OOH. The campaign is now on it’s second phase, having launched in November. Kosar said the first phase of the campaign has already helped increased sales in both white rum and rum overall for the brand, with its market share going up 1.7 base points over the past three months.

Meanwhile, Diageo continues to run its “four guys” ads for spiced rum in the rest of Canada. The Atlantic-only campaign will continue to run through the end of June.