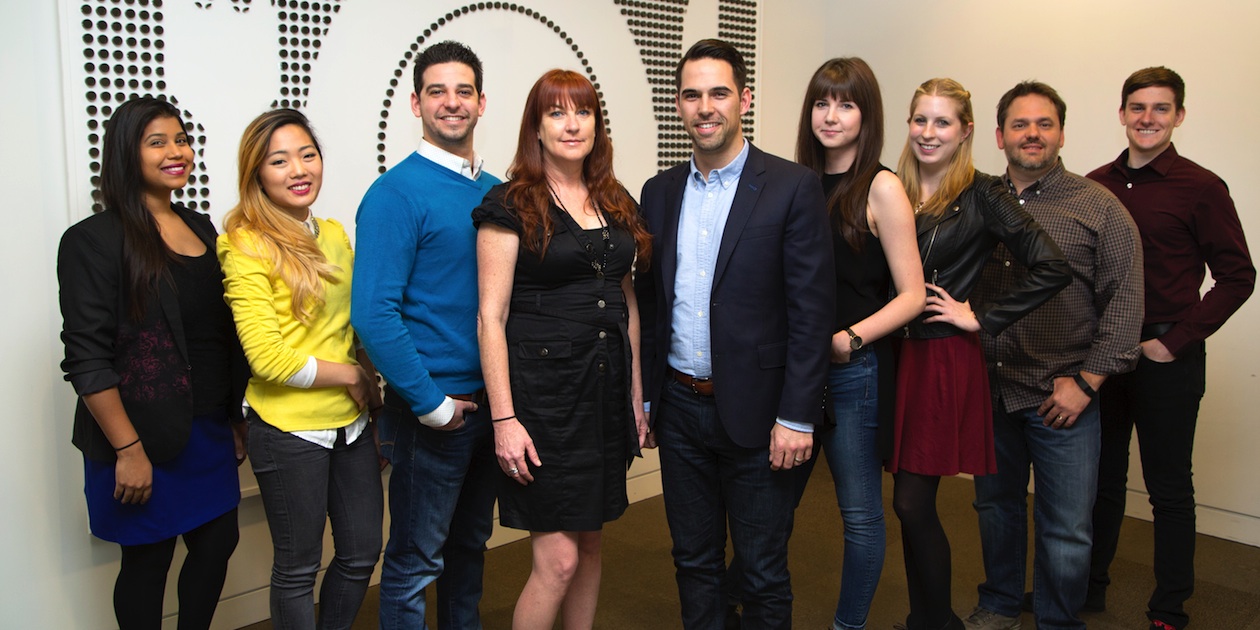 After a successful pilot test, Cara is beefing up its in-house marketing muscle

When it comes to marketing, Cara wants to keep it in the family.

The company, which owns 10 restaurant brands including Harvey’s, Kelsey’s and Swiss Chalet, is taking steps to decrease its reliance on agencies and build out its own in-house creative team.

Two years ago, Cara pilot tested a small in-house digital team to work on social media and email marketing for a handful of its brands (around the same time, Cara also moved its media in-house). The pilot was successful and soon Cara expanded the team’s scope and responsibilities.

Now the company is in the process of a full rollout of the in-house team. Led by Jason Cassidy, senior manager of digital and creative, the team is now working on eight of Cara’s 10 brands and is set to bring on a string of new hires, including new graphic designers and strategists. And the scope of the team is no longer just digital; it recently started working on Cara’s print marketing, which has long been the domain of the company’s agencies.

Cara’s vice-president of marketing, Dave Colebrook, said the pilot period proved its brands could act quickly when given access to in-house marketing muscle. Working with the in-house team, the brands jumped on trending topics quickly and respond to customers in the moment without having to wait on any client and agency back-and-forth.

When Harvey’s introduced a new garnish counter last spring, for example, the in-house team paired the launch with a Twitter contest, where the brand asked its followers to tweet their favourite topping combinations for the chance to win their customized burger.

When tweets came in, a Harvey’s chef assemble consumers’ combos on a real burger, which was then photographed, placed on a personalized graphic and tweeted back to the consumer along with a $10 gift card.

On average, Cassidy said the team was able to respond with a personalized graphic within six minutes of receiving a tweet. In two days, the brand received 233 entries, created 40 custom graphics and drove 75,737 social media impressions. 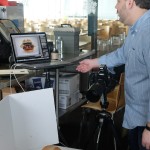 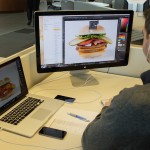 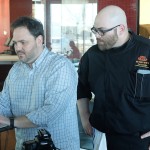 “When people are sitting together – a content team, a strategic team – and the brands are steps away, it allows for the facilitation of work,” Colebrook said.

Colebrook added that the baked-in knowledge the in-house team has about Cara brands sped up the creative process. “They understand the brand without needing a brief,” he said.

Across Cara’s brands, the team has worked on everything from stop-motion animations to cinemagraphs, Twitter parties and content-style videos. For Milestones, for example, the team created a video that showed how its dishes are made.

It has also created a series of cinemagraphs for Milestones, Swiss Chalet, Montana’s and Harvey’s.

Most recently, the team collaborated with Molson on a video for its Kelsey’s brand filmed on Molson’s rooftop rink.

While the in-house team is widening its scope with an array of projects, Colebrook said there’s still a role for agencies in Cara’s marketing mix. Across its brands, Cara currently works with Jump, 123West and Breakhouse, among others.

Moving forward, Colebrook said Cara will work with agencies as its brand teams see fit, but not strictly within AOR relationships as it had done in the past.