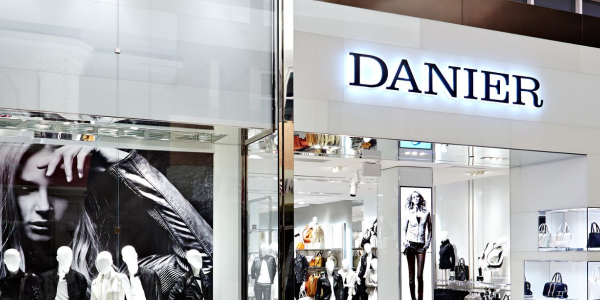 Store closing sales have already begun at the remaining 76 Danier Leather stores and outlets across Canada.

The retailer entered insolvency proceedings last month as it attempted to find a buyer.

The liquidators say in addition to their current inventory, the stores are receiving new shipments from warehouses. The store fixtures, furniture and equipment are also for sale.

When insolvency proceedings were first announced, a company statement said Danier had sufficient resources to keep stores upon while it sought a buyer by the end of this month.

Just before the holiday season last November, Danier had formed a partnership with  Bell Media on a multimedia program called Discover How Danier Does Winter to promote a beefed-up portfolio of winter jackets and other outerwear.

Ironically, however, an affidavit sworn by Danier CFO Brent Houlden suggested it was weather that contributed to much of the company’s troubles.

“The extremely cold and long winters in 2014 and 2015 resulted in the company having insufficient quantities of heavily-lined winter coats to meet higher customer demand during the prolonged winter season and an oversupply of lighter-weight and non-insulated jackets,” Houlden said in a quote from the affidavit published by the Toronto Star. “The weather in Ontario and Eastern Canada in 2015 also deterred shoppers from venturing to shopping malls during the peak holiday shopping seasons.”

Even as it struggled operationally, Danier was helping support the next generation of fashion students with the Danier Design Challenge, which was conducted in partnership with Ryerson University.