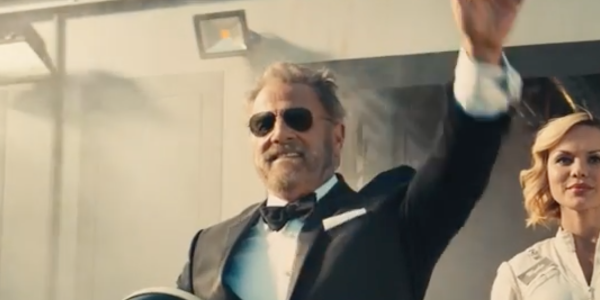 Dos Equis loses interest in ‘Most Interesting Man In the World’

Even the “Most Interesting Man in the World” is not immune to getting dumped.

Mexican beer brand Dos Equis is letting go of its grey-haired spokesman, 77-year-old Jonathan Goldsmith, and replacing him with another actor. Goldsmith, known in the ads as the “Most Interesting Man in the World,” has been appearing in Dos Equis commercials for about nine years.

A new “Most Interesting Man in the World” will appear in ads later this year. A replacement has been chosen, but Katz declined to say who it is.

In Goldsmith’s last commercial, he is shipped off in a rocket on a one-way trip to Mars. He utters the beer brand’s slogan — “Stay thirsty, my friends” — as the rocket takes off.

Some brands have had a hard time getting rid of beloved pitchmen. Four years ago, travel website Priceline.com tried to kill off the Negotiator, played by actor William Shatner, in a fiery bus crash during a TV spot. But Shatner returned to the role just months later.