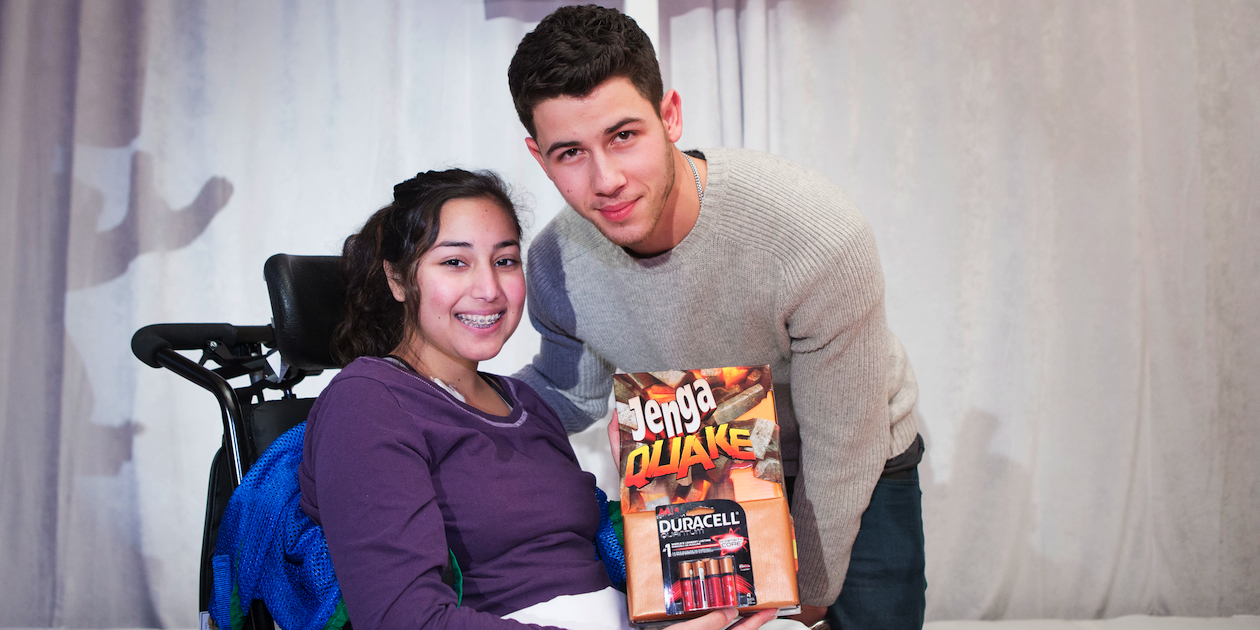 For the eighth year in a row, Duracell is partnering with Walmart and the Children’s Miracle Network on its “Powering Holiday Smiles” campaign.

The annual initiative will see Duracell donate 20 cents from every pack of Duracell Quantum and CopperTop batteries sold at Walmart in December, with a goal of raising $150,000.

As part of the commitment, it has also donated a year’s supply of batteries to hospitals across Canada, which will help power both medical devices and the toys children play with in the hospitals.

Hasbro, another of Duracell’s partners on the campaign, also donated some of its most popular toys this year to Children’s Miracle Network hospitals across the country.

Some of those toys were handed out to patients by pop star Nick Jonas, who appeared at the Sick Kids Hospital in Toronto earlier this month to kick off the campaign.

In the past, Duracell has tapped other young celebrities to work on its campaigns, including Hilary Duff, who headlined a similar event in 2013.

Joyce Law, senior communications manager at Duracell Canada, said stars like Duff and Jonas have been effective in attracting media attention for the campaign.

“It made a lot of sense to bring him on board to help raise awareness for the program and to help power smiles this holiday season.”

Law said the campaign has become one of its “most exciting and popular initiatives of the year.” In 2014, it expanded on the campaign, creating a summer time pop-up arcade at the Toronto Sick Kids Hospital hosted by another youth-skewing celeb, Shay Mitchell of Pretty Little Liars.