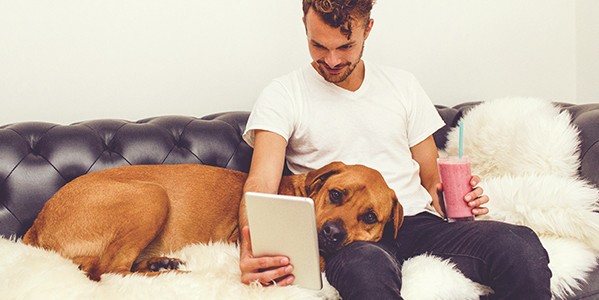 After a little more than a year out of the wireless brand building game, Taxi is back in after being awarded the Rogers’ Fido business.

The move was confirmed in a short statement sent to Marketing Wednesday morning. DentsuBos had long held the account.

“We are excited to announce Taxi as our new agency of record,” said Dale Hooper, chief brand officer, in the statement. “We were impressed by the agency’s track record of building strong Canadian brands, their regional and national expertise as well as their understanding of our brand and target audience.” Taxi will handle all Fido advertising and communications including social and digital and has already started to transition onto the account.

“Fido is such an amazing Canadian brand, and culturally, such a spectacular fit for Taxi,” said Taxi CEO Rob Guenette, in the statement. “Chemistry is everything, and we were so in sync throughout the process. It was clear that we had similar creative sensibilities and shared values. They are passionate about the brand and so intensely committed to future growth and success.”

Rogers put the business into review late last year after nearly two decades with DentsuBos, which pitched to hold onto the business. “[As] part of our commitment to always being at the top of our game, it’s our responsibility to evaluate our approach to ensure we are always engaging Canadians in the best way,” said Hooper when the review was announced.

“After holding the business for 20 years without a review, it is not surprising that at some point in time it becomes part of the overall best practices to make sure they have exactly what they need,” said DentsuBos president and CEO Claude Carrier at the time.

While the review may have been understandable to the DentsuBos leadership, the loss will surely sting. Bos, which merged with Dentsu in 2012, created the Fido brand for Microcell in 1996, and held onto the business even after it was acquired by Rogers in 2004. DentsuBos did not immediately reply to a request for comment.

The Bos-Fido story bears a strong resemblance to that of Taxi, which helped launch the Clearnet wireless brand, also in 1996, later acquired by Telus in 2000. Telus put the account into review in February 2014. Taxi pitched to retain, but the business was awarded to The & Partnership that June.