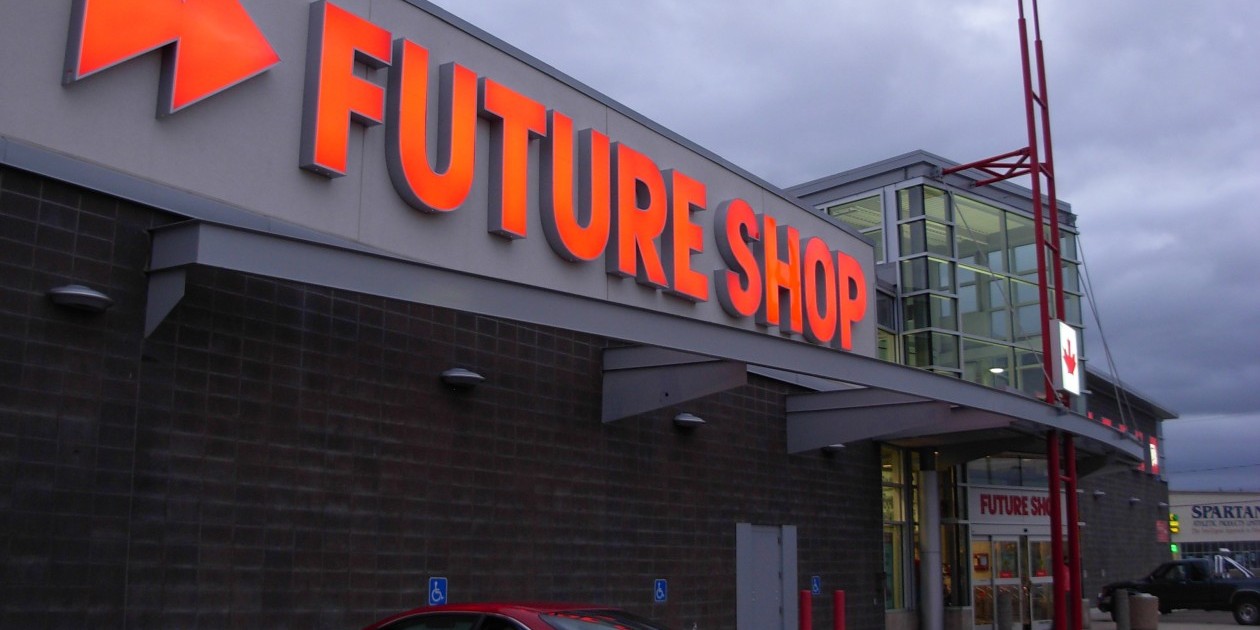 Future Shop stores across Canada are closing effective immediately, to the shock of customers and dismay of hundreds of employees losing full and part-time jobs.

Best Buy Canada, a subsidiary of Best Buy Co. Inc. that owns and operates both Best Buy and Future Shop stores, said in a statement Saturday that it will be closing 66 Future Shops for good, while 65 others will be converted into Best Buys.

The move will result in the loss of 500 full-time and 1,000 part-time jobs. The affected employees will receive severance, employee assistance and outplacement support, the company said.

The company said there will now be a total of 192 Best Buys in Canada, including 56 Best Buy Mobile stores, and the converted stores will reopen after a one-week closure.

Stores in Toronto were locked and covered with signs telling customers to shop at nearby Best Buy stores. Posters at a downtown Vancouver location said it was hiring and would reopen April 4.

The decision to close the Future Shop stores was made after the company said it reviewed its “real estate footprint,” adding a significant number of Future Shop and Best Buy stores are located next to each other, often in the same parking lot. Best Buy bought Future Shop in 2001.

Best Buy Canada president and COO Ron Wilson said the stores will continue to have a “strong store presence” across Canada, adding the move will not change the fact that 80% of customers are within a 15-minute drive to a store.

“Any decisions that impact our people are never taken lightly; our first priority is to support them through this change,” Wilson said in the statement.

Best Buy has been facing tough competition from discounters and online retailers, a victim of what’s known as “show rooming” — when people browse in stores and then buy the products more cheaply online from competitors such as Amazon.

Maureen Atkinson, a retail analyst with J.C. Williams Group, said the bigger impact will be on workers, many of whom will find themselves on the job market alongside former Target employees after the company closed its Canadian stores in January, affecting more than 17,000 employees.

“For the Canadian consumer there’s probably very little impact. There still is a lot of competition in the marketplace and people are buying these things at everything from Walmart to high end speciality stores,” she said.

“I think it’s not great if you work in retail. There’s a lot of retail people out on the street given the Target closures too. So I think it’s going to be a challenge employment-wise.”