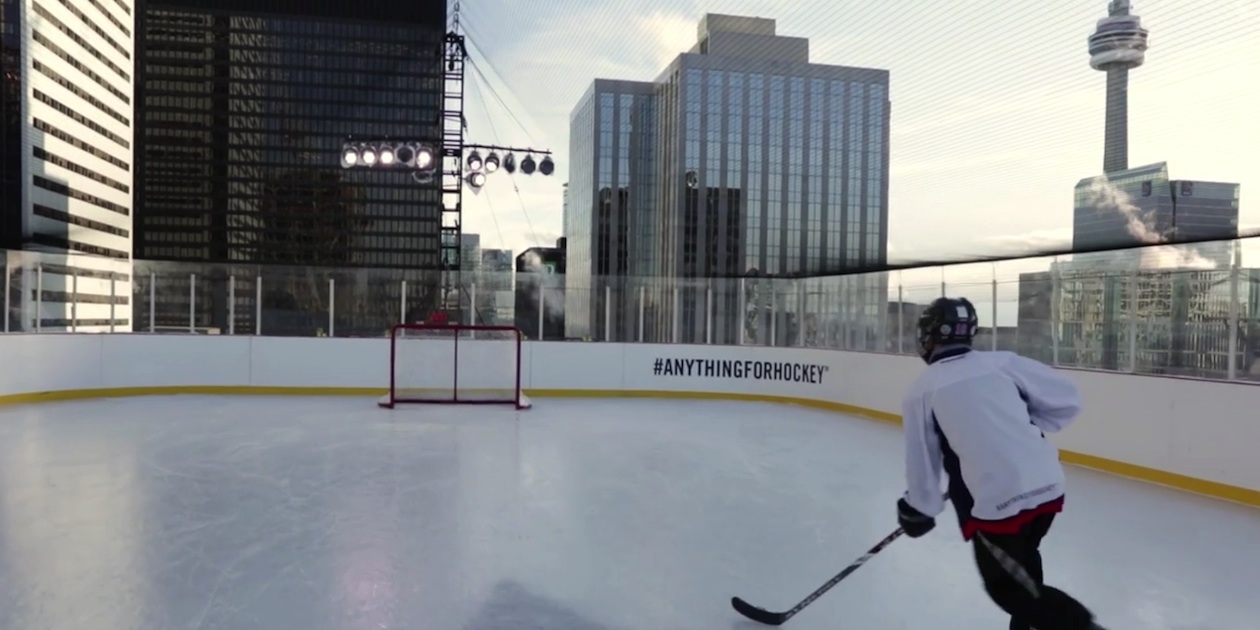 How Molson pulled off its rooftop rink

Molson has had a good run of PR in the past couple of weeks. On January 5, buzz started to build when a rooftop rink was spotted in downtown Toronto. The next day, Molson took ownership of the stunt, earning a fresh round of media coverage.

Then, once the rink was operational, Molson invited media to take a skate and landed coverage everywhere from CBC to Sportsnet and Breakfast Television.

The initiative has attracted so much attention that the brand extended its plans and will keep the rink open until early February. It’s even selling ice time direct to consumers at a cost of $2,000 for an hour and a half (funds will help Molson recoup the high price tag of keeping the rink open).

Marketing met with Molson marketing manager Duncan Fraser on the ice to talk about how the company pulled off the stunt. Take a look.

Such a brilliant campaign. Got the whole city asking question before a single shot was taken or a puck hit the rink. My Toronto office (for http://www.clickshift.ca) is in a shared office. I literally have never heard so much buzz around any initiative like this.