Pabst Blue Ribbon may be synonymous with hipster culture, but it wasn’t always that way. The working class beer was in the sales dumps until a man named Ted Wright helped reinvent it.

Wright is founder and managing partner at the Atlanta-based word-of-mouth agency Fizz, and the story of how he helped turn Pabst Blue Ribbon around is the stuff of beer marketing lore – the brand scrapped its way back to glory without having to use any of the tired, usual tricks in the beer ad arsenal.

Now Wright is re-telling the story as the jumping point to his new book, Fizz: Harness the Power of Word Of Mouth Marketing to Drive Brand Growth, released earlier this month.

Here’s an excerpt from the first chapter of the book.

In 2001, Pabst Blue Ribbon (PBR) was dead. The brew was on track to sell fewer than a million barrels in the U.S. for the year, capping 23 straight years of declining sales. To put that in perspective, PBR had regularly sold more than 20 million barrels a year in the 1970s.But by 2001, the brand had sunk so low that there was little to no hope of resuscitation.

It was then my team at Fizz and I got the call to help bring it back. But there was a catch: there would be no advertising and no traditional marketing of any kind. Our marketing budget would be only slightly more than zero. To be honest, my firm got the job largely because we were young, brash and cheap. I couldn’t have been more proud.

Neal Stewart, PBR’s brand manager, came to me for help and together we scoured the company’s sales data, looking for any sign of hope. Soon, we noticed something intriguing. There were five places in America where PBR was selling, all with seemingly very different demographics. In these cities, sales were not only healthy (relatively speaking) but also growing. We hopped on a plane and checked out as many as our meager funds would allow, expending most of our marketing budget. As we talked with PBR drinkers, a picture began to emerge. Many of these new customers had just turned 21, meaning they’d been born in the late 1970s. A lot of these young people had hardcore yuppies for parents.

And, in order to rebel against their yuppie parents, these young people decided to buy clothes from the Salvation Army, work as bike messengers or tattoo artists, grow ridiculous sideburns and drink the least pretentious, most unglamorous beer they could find.

They were early hipsters. The more a thing was considered “cool” by the mainstream, the less these young people wanted to do with it. The worst transgression for a hipster was to do something just because he wanted to be seen doing it, whether it was drinking a particular brand of beer or driving a particular kind of car. The key word was authentic. They swarmed to things that the mainstream culture deemed hopelessly unhip.

At the time, nothing was less hip than PBR. Nothing was cheaper, either, and the newly perceived target market was highly price sensitive.

PBR having no money for traditional advertising was a blessing in disguise. The fact that these young people had never seen a PBR ad was a huge selling point for them. It reminded them of a time when men drank beer because they liked to, not because they had been promised a backyard full of bikini models. Traditional advertising, particularly of the kind produced by big beer companies in those days, would have killed whatever tiny momentum the brand had built.

Not that I was a fan of traditional advertising anyway. Even in 2001, I had seen the writing on the wall. Broadcast wasn’t working the way it used to, and the big success stories of the day, like Google and TiVo, were thriving due to word of mouth, not TV commercials. The trick was to get the most influential people among this already influential group of early hipsters to talk to their friends about PBR. All we had to do was give them good stories to share.

Word of mouth starts with a conversation

First, Stewart and I figured out what made the brand talkable. By talking to the young people in Portland and Pittsburgh, we discovered that they loved PBR for being unpretentious and low profile. So we hit the streets and started offering our support to creative people doing cool, interesting things just for the sake of it. If we found young people having bike messenger races, we’d hang out with them and offer them a sign to hang at their next event. We brought beer and hats to gallery openings, skating parties, juggling contests — you name it. We even gave six packs of beer to Mini Kiss, a Kiss tribute band whose members were all little people. 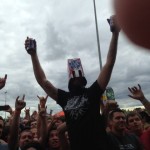 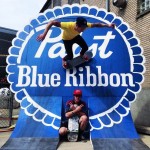 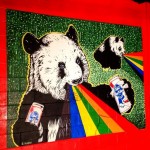 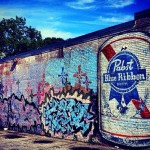 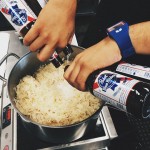 Today, Pabst’s Facebook page is filled with posts that appeal to the target Fizz initially set.

And we never just handed out stuff and walked away. We talked to hipsters about the stuff they were into. And, of course, we talked about the beer.

There were no scantily clad girls passing out glow-in-the-dark coasters in sports bars and there were no brand executives in suits making sure the events didn’t violate their corporate guidelines.

The message was simple: PBR thinks you’re awesome and we want to help you keep being awesome.

For someone who isn’t looking to be recognized, recognition — particularly from a beloved brand — can be a powerful thing. Even more powerful is when that brand asks for nothing in return. We made an impression with these young people, and we started a lot of conversations. Slowly but surely, the brand began to grow. The new hipster “tribe” spread out across the country and brought alove of PBR with them. It required a lot of legwork, but PBR gradually became the cool beer to drink if you didn’t care about being cool.

The program worked because we gave influential people a great story to share: the story of an honest, unpretentious beer brand that genuinely supports individualism and creativity. Today, PBR is as closely associated with hipsters as Arcade Fire and ironic facial hair. So much so that, at this point, the company can sit back and reap the rewards of the brand advocacy that results from word of mouth marketing.

Find your target and keep them talking

All vital brands have a story to tell. Every story will be relevant and interesting to some group of people out there. And among every group of people are the influencers: the 10% who are compelled by their nature to tell friends about this cool new thing they found.

People are talking, and brands are a big part of the conversation. You just have to give them something to talk about.

Excerpted from Fizz: Harness the Power of Word Of Mouth Marketing to Drive Brand Growth by Ted Wright. Copyright © 2015 by Mark T. Wright. Reprinted with permission of McGraw-Hill Education.

This article provided courtesy of Marketing Magazine
This story can be found at: http://marketingmag.ca/brands/how-pabst-blue-ribbon-earned-its-hipster-cred-130748.
Copyright © 1996-2020 Brunico Communications Ltd. All Rights Reserved.