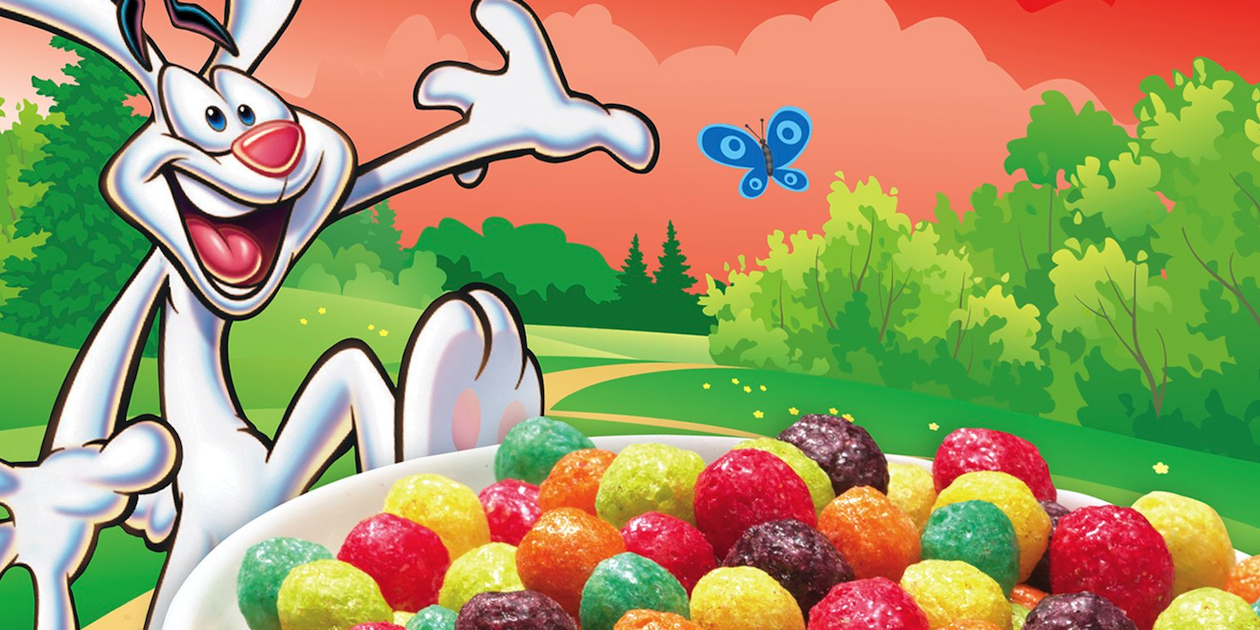 General Mills puts Trix back on shelves for Easter, proves it's not just for kids A familiar character has returned to the grocery aisle just in time for Easter.

A decade after discontinuing Trix in Canada, General Mills has reintroduced the brand for a limited run this spring in hopes of cashing in on nostalgia consumers have for the cereal and its mascot, the Trix rabbit.

The move follows the successful relaunch of two other once-loved General Mills cereals, Frankenberry and Count Chocula. Last fall, the company gave both brands a limited release over the Halloween shopping period after consumers made a plea on social media for them to return to shelves. Seeing how quickly the brands sold, General Mills decided to place a new bet on Trix, too.

Trix was launched in 1954 in the U.S. and first sold in Canada in the early 1960s. It has been a legacy business since then south of the border, but by the mid-2000s cereal consumption had changed in Canada and fewer parents were willing to serve up a sugary breakfast.

Brands like Trix and Count Chocula, which generations grew up eating while watching Saturday morning cartoons, simply didn’t pass the health standards of new parents. In 2005, General Mills pulled both brands from shelves in Canada.

Since then, the brand has survived on what General Mills Canada’s marketing director Jason Doolan calls “phantom awareness.” The last box of Trix may have been sold 10 years ago, but who isn’t familiar with the tagline from its commercials, “Trix are for kids”?

That tagline and the Trix rabbit, which has been part of the cereal’s commercials since 1959, aren’t just part of ad history, they’re also pop culture artifacts that have been referenced in everything from an episode of Family Guy to a sample in a Public Enemy song.

The persistence of Trix’s marketing – plus spillover from its continued presence in the U.S. – has primed the Canadian market for a comeback. But one thing has changed since the brand was last available here. The new, limited run of Trix is most definitely not for kids.

According to Doolan, General Mills is bringing the brand back not to sell it to a new generation of tykes, but to millennials and boomers who grew up with the brand. Based on success the company has seen with other nostalgic kiddie brands like Count Chocula and Lucky Charms, Doolan believes the limited holiday run of Trix will turn it into a coveted item.

In recent years, Genereal Mills has flipped the marketing script on these brands, shifting the target away from children. Between 2012 and 2014, that change helped Lucky Charms grow 20% a year. As it turns out, young Canadians are happy to carry brands from their early years into adulthood. In fact, the novelty of these brands has become a major selling factor. Millennials, he says, are “willing to keep the child in them alive.” THE RETURN OF THE COUNT

Last Halloween marked the return of another beloved brand character, Count Chocula. He was back by popular demand, the end result of a consumer-led campaign on Facebook to bring the cereal back to Canadian stores.

Like Trix, Count Chocula was a product of a bygone era – a time when parents happily fed their children chocolate for breakfast without a second thought. Its heyday was in the late 1970s and early 1980s and when General Mill discontinued it in 2005 sales were, by Doolan’s account, quite small.

When General Mills discovered the Facebook group via social listening in 2013, it was quite small, too – about 500 people. What made an impression on Doolan and his team was how vocal they were. His team started talking about the possibility of bringing the brand back, but he had to wonder, was the demand really there, or was this a case of a marketer excited because a few loyalists were seeking them out unprompted?

“We debated whether or not we were talking to ourselves,” he says.

After reaching out to a few grocery retailers and pitching both Count Chocula and another “Monster” brand cereal, Frankenberry, it found real interest. The brand’s customers at the buyer level were interested in the run. It helped, Doolan says, that many are over 40, remembered both brands fondly and were excited to be part of their return. The limited run also provided a host of marketing opportunities that year-round cereal brands aren’t offered. It struck deals to stock the brand alongside seasonal Halloween products, giving it valuable in-store real estate.

The buzz factor also helped. The company ran a targeted, low-cost campaign to support the re-launch, including flyer ads, in-store signage and PR. It also responded to everyone who’d asked about Count Chocula’s availability on social media and sent boxes of the product to radio DJs, many of whom talked about it on air. One station in particular, Indie 88 in Toronto, spoke about the cereal’s return repeatedly, helping get the word out to its young audience – the exact demo General Mills was targeting with the product.

One more thing was working in its favour: the holiday period. While Halloween is a spiritual fit for Count Chocula and Frankenberry, Doolan says holidays are a time when consumers are willing to try something new. Consumers who wouldn’t normally purchase a chocolate cereal will see it alongside the other Halloween goods and make a special, one-time trial. Same goes for Trix, Doolan says, which is why General Mills tied its relaunch to Easter.

Count Chocula and Frankeberry went on sale last August and by Halloween many stores were sold out, prompting even more tweets from consumers looking for a holiday fix. While Doolan won’t provide sales figures, he said Count Chocula ended up ranking in the top products in its category.

While the sales were good, Doolan says not to expect to see either product on shelves outside the holiday period. While nostalgia works as a marketing trigger for a limited run, he says it makes more marketing sense to keep the demand high and the availability limited.

“If you re-launch as a permanent item, it’s hard to make a splash,” he says.

That said, the sales of Count Chocula were enough to schedule another run for fall 2015 and a second run is also likely for Trix in 2016. If it can keep both the boomers and millennials on board, Doolan says General Mills wants to make the limited runs annual.

“This is our Cadbury Crème Egg,” he says.