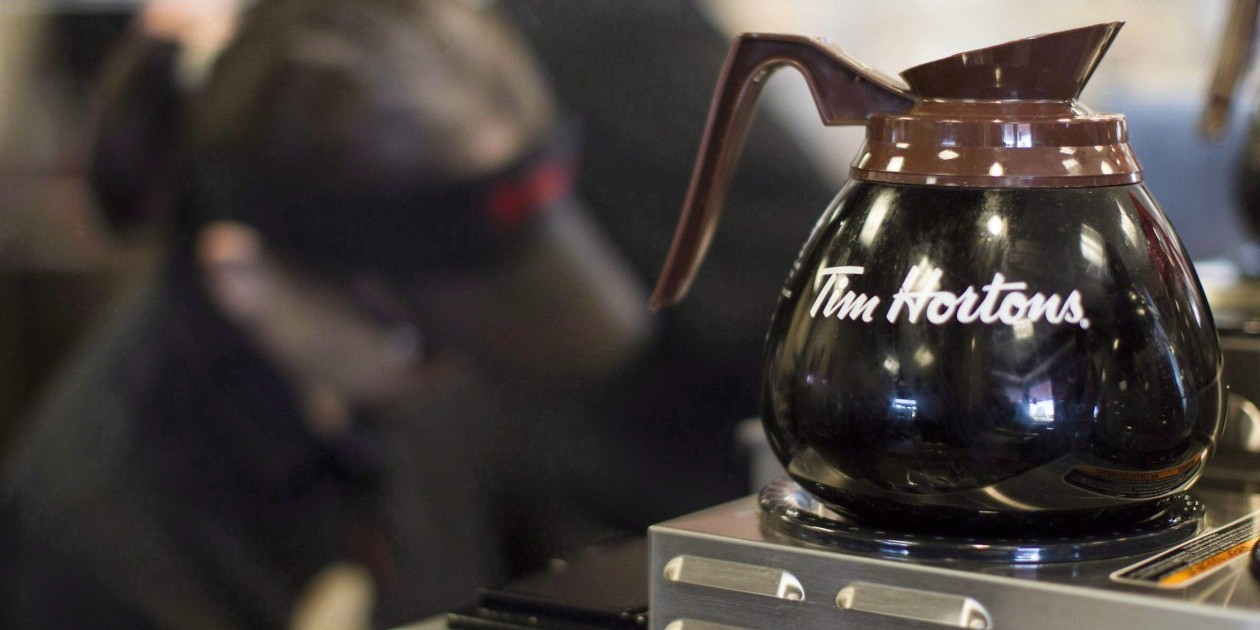 How Tim Hortons battles ‘the impersonal and cold world’

We’ve all seen those tear-jerking Tim Hortons ads where Canadians look to the iconic coffee chain to feel at home.

Then there are the marketing stunts, from turning a suburban Calgary home into a pop-up Tim Hortons and changing the name of Windsor, N.S. to “Winner” for a day.

For the iconic Canadian brand, it’s about pushing the limits on its purpose-based marketing plan.

“The insight we are focused on is this notion of warmth in a cold world,” Peter Nowlan, the company’s chief brand and marketing officer, told The Gathering event held in Banff Feb. 18-19.

“I’m a real believer in being clear on who your monster is, who the enemy is, really helps with briefs and communication,” said Nowlan, who joined Tim Hortons about a year ago after six years at Molson Coors Canada and before that Kraft Foods Group.

At Tim Hortons, he said the enemy isn’t coffee rivals such as Starbucks or McDonalds, but “the impersonal and cold world.”

“We all have hundreds of friends on Facebook, but we probably don’t know all of our neighbours,” said Nowlan. “The brand rallying against the impersonal nature of the world and bringing people and communities together is the point of view that Tim’s has always had and will continue to have.”

To drive home its warmth marketing message in recent months, the company didn’t use a YouTube video or TV ad, but started with basic brand design. For the holidays, Tim Hortons served its coffee in cups designed to look like they were wrapped in a warm winter sweater.

Tim Hortons continues to rely on the Canadian themes of cold weather, hockey and national pride to promote its coffee chain. Consumers also continue to eat it up. Tim Hortons has a 75% share of the caffeinated beverage market among Canadian quick service restaurants, according to Nowlan. A recent Ipsos poll also ranked Tim Hortons as the 8th most influential brand in Canada, behind international companies such as Google, Facebook, Apple, YouTube and Walmart.

How did Tim’s become so loved?  In his presentation, Nowlan pointed to three of the company’s core marketing strategies:

“It’s not reinventing the idea, but expressing it in new and interesting ways,” he said.

One of the company’s most successful marketing campaigns was last year’s launch of its dark-roast blend, which included an aggressive content push across traditional, social and digital media and a few publicity stunts. One was a “Dark Experiment” that lured coffee lovers to taste the blend in a blacked out restaurant, an experience that was then posted on YouTube.

Nowlan said the campaign, which led to a surge in dark roast sales, also led to an increase in fourth-quarter sales at Tim Hortons.

In an interview after his presentation, Nowlan said there will be no change to the branding strategy as a result of the company’s blockbuster $12.5-billion merger with Burger King that closed late last year.

“We’ve deliberately kept the brands separate,” said Nowlan, adding that each brand will continue to have its own CMO. “The purpose of the brand, our legacy and continuing to invest in community doesn’t change at all.”