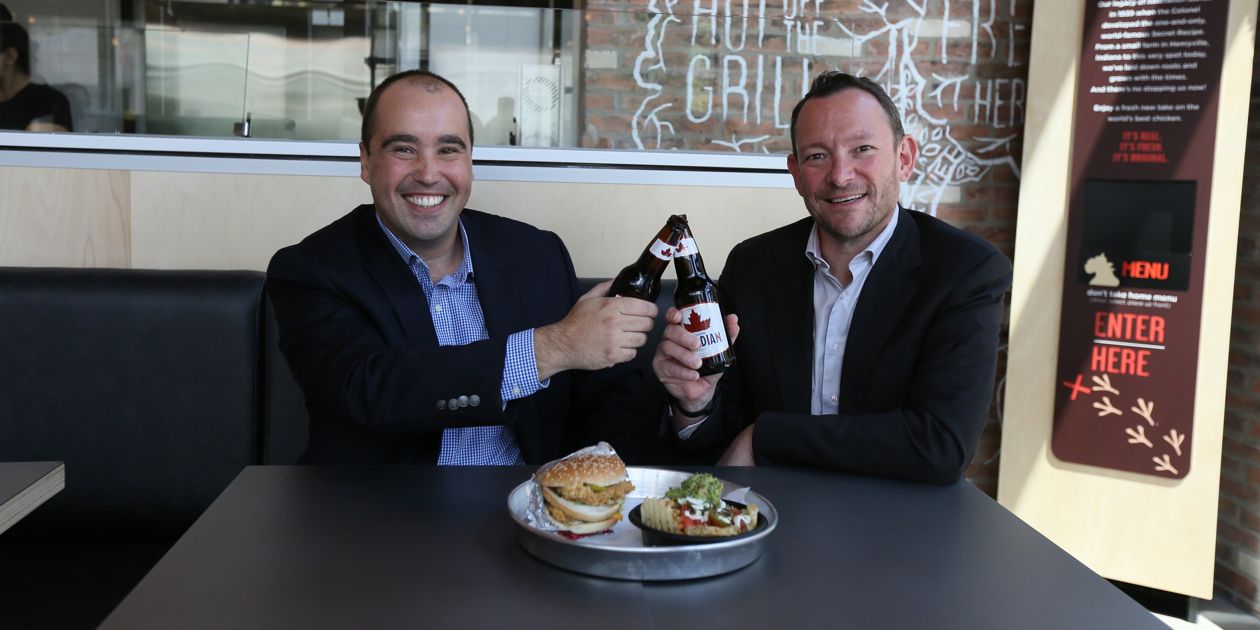 Starting this fall, the quick-serve restaurant will serve domestic and imported beer It’s bottoms up for KFC Canada. The quick-serve restaurant will begin serving beer at two Toronto locations starting this fall.

Brews will soon be available at the company’s more upscale “urban fast casual” locations, KFC Fresh, a new brand and store concept it unveiled in December 2013. The announcement that beer will be added to the menu came Thursday, one day before the second KFC Fresh location opened at Toronto’s Stockyards mall.

David Vivenes, KFC Canada’s chief marketing officer, said he thinks beer works well in the KFC Fresh environment, which aims to be more social and relaxed than the typical KFC location. After opening the first KFC Fresh, Vivenes said the brand did surveys and had one-on-one conversations with customers who said they were looking for a place to socialize, and added beer partly as a response to that feedback.

The restaurant will offer domestic beer (Molson and Coors) for $4.29, and imported beer (Heineken) for $5.29. Vivenes said the brand isn’t planning on introducing beer at any of its regular KFC-brand locations, though he said he does view KFC Fresh as a kind of incubator where the restaurant can test concepts and menu items that may work on a larger scale.

For example, it tested its “Big Boss” double decker chicken sandwich at KFC Fresh and when it became a big seller, it rolled it out across the country.

KFC isn’t the first brand in the quick-serve category to test liquor. In the U.S., Starbucks is now selling wine at select locations in the evenings and last week Tim Hortons tested several beers at a trade show in Toronto. In many European markets, quick-serve chains, including KFC and competitors like McDonald’s, also sell liquor.