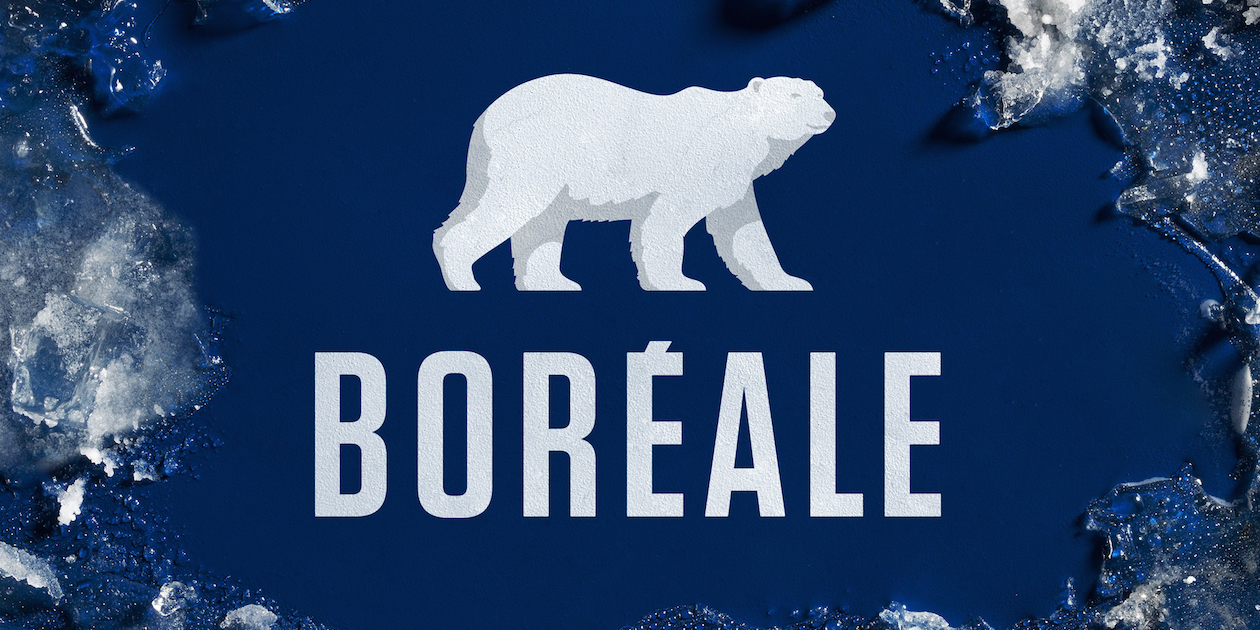 In addition to a new brand identity and packaging that has detached its distinct polar bear mascot from its name and made it bigger, Boréale has introduced a new positioning, “Célébrer la vie au naturel” (Celebrate life naturally) that is intended to underscore its authenticity and rejection of the superficial. Boréale was regarded as a pioneering brand when it debuted in 1987, the first amber beer brewed in Quebec. However, it has been gradually overshadowed as the craft category has grown, with Les Brasseurs du Nord president and general manager Sebastien Paradis estimating there are now nearly 180 microbreweries operating in the province.

Paradis said that while drinkers who discovered Boréale in its early days have stuck with the brand, it has lost relevance among Quebec’s younger drinkers. “We’re respected for what we’ve built and the pioneers we were, but there are so many offers out there for young beer drinkers, and I don’t think we’re as relevant as we should be,” said Paradis, who arrived at Les Brasseurs du Nord in April after spending nearly four years as president and GM of Burton Snowboards.

“The 50-plus drinkers might remember our story, but the 20-somethings who weren’t born when we started don’t know who we are and what we stand for,” he added.

Boréale is trying to appeal to drinkers aged 25-35 who are seeking a high-quality beer with a rugged sensibility that reflects the brand’s birthplace in the Laurentians. “We love to play outside, get off the phone and sit by the fire among friends,” said Paradis.

LG2 has also created a new TV/web, radio and out-of-home campaign for Boréale built around the tagline “Libere l’ours en toi” (Free the bear in you). The French-language campaign urges would-be drinkers to embrace their natural side.

One spot, for example, shows a 20-something Boréale drinker using a selfie stick to stoke a fire, while another shows him walking lost through the woods while talking about Boréale’s eagerness to go places no one has gone before, adding “Like me, four hours ago.”

LG2 has created eight 15-second spots (all shot in a single day) that will run in two flights, with two spots appearing on TV – on the major Quebec networks TVA, Radio-Canada and RDS as well as targeted specialty channels – through mid-December, complemented by a pair of web spots and billboard ads throughout the winter season. The second flight will begin in spring 2017.

Paradis said that the company originally planned to run more spots on TV, but realized that it can sometimes take longer for consumers to grasp the message of a 15-second spot. Media for the campaign was handled by OMD.

Les Brasseurs du Nord currently produces approximately 90,000 hectolitres of Boréale each year, with Paradis saying that production has remained relatively flat over the past two to three years.

Boréale is currently distributed only in Quebec, although Paradis said he is keen to expand outside the province and is currently studying markets ranging from Europe to the Northeastern U.S. and Ontario. “I’m not saying we’ll go there because the analysis might say it’s not the right move for us, but I want to look into it for sure,” he said.

While this is Paradis’ first time working in the beer business, he is familiar with the beverage category, having previously spent approximately eight years with Red Bull in a variety of roles including athlete marketing director and business unit director.

He said there are similarities with his previous role, especially since Red Bull was a pioneer in a category that eventually became crowded with competitors like Monster and Rockstar Energy Drinks, forcing it to be concise in conveying what it represented. “It’s very similar to when you’re standing in front of a beer fridge and there are 150 beers to choose from,” he said.