Newly reopened Maple Leaf Tavern in Toronto has introduced branding on ice cubes for some of its drinks as a way to capture social media attention.

As far as co-owner Todd Morgan is aware, the restaurant is the first in Toronto and possibly in Canada to introduce ice brands, in which the restaurant’s name is stamped into ice.

A monogrammed M and a maple leaf symbol is stamped on the restaurant’s 2 x 2 inch ice cubes, emblematic of the maple leafs that appear on the stained glass and wrought-iron window coverings in its more than 100-year-old building. It will be used for drinks like Negronis or Old Fashioned cocktails. The ice is supplied by The Iceman in Toronto. 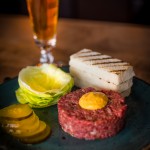 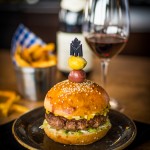 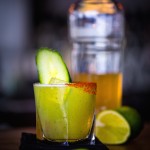 “It’s a unique touch point and something that no one else is currently doing,” Morgan says, adding it would be great to see customers post photos of the ice brand on Instagram and other social media. “We’re just trying to differentiate ourselves from the competition and show our attention to detail. It’s an extension of our branding.”

Morgan, who also operates Port restaurant in Pickering, says he got the idea for introducing the ice brand through travels to New York and Europe. “You always look for certain touch points.”

Morgan says there’s an opportunity for a fine dining restaurant in the east end of Toronto, where the restaurant scene lags behind the bustling west end.

He hopes the restaurant will serve as a community-based destination much as the location did several decades ago when it was a flourishing tavern.

The restaurant has a social media presence at @mapleleaftavern and ClutchPR is handling public relations.

This article provided courtesy of Marketing Magazine
This story can be found at: http://marketingmag.ca/brands/maple-leaf-tavern-puts-its-branding-on-ice-175767.
Copyright © 1996-2020 Brunico Communications Ltd. All Rights Reserved.