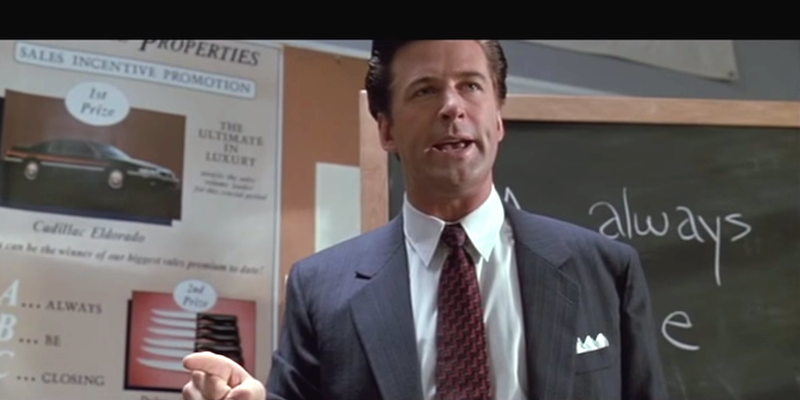 Marketing vs. sales: How to close the divide

Experts explain the reasons alignment is so hard to achieve

If David Mamet were writing his Pulitzer Prize-winning play Glengarry Glenn Ross today, he’d probably need to add at least one major character who would have brought another rich source of conflict to an already explosive plot: a head of marketing who tries in vain to get the sales team’s attention.

In the script (which later became a film starring Alec Baldwin and Kevin Spacy, among others), brokers at a Chicago real estate firm compete with cutthroat ruthlessness for a group of ‘Glengarry leads,’ named after a hot property that the best clients all want. Despite the introduction of customer relationship management (CRM), marketing automation and the rise of CMOs, even Mamet might have struggled to figure out how to articulate the value of demand generation activities.

People get fixated on these arbitrary KPIs without necessarily doing the right measurement.

“Everybody wants the Glengarry leads,” said Adrian Boerstra, co-founder of a Toronto-based consulting firm called Mastersolve, which offers CRM and similar tools. “Sales is still focused on the direct contact.”

That’s a problem, according to the Marketing Pulse Survey released last month by recruiting firm Korn Kerry, which surveyed close to 500 CMOs in the United States. When they were asked why those in their roles tended to have a relatively short tenure, for instance, 40% cited an inability to rally the organization around the agenda for change they were hired to make. Another 37% said it was due to the inability to directly connect what they are doing with tangible business outcomes. In other words, it’s still difficult to prove how CMOs are helping drive sales.

“Over half of marketing executives indicate the biggest hurdle they face when developing an integrated customer experience is aligning all facets of the organization,” the report said. TRIED AND TRUE
Part of the issue may be that, for all the talk of social selling and CRM, a lot of sales people continue to win over clients with phone calls, product brochures and PowerPoint presentations. Marketers, on the other hand, have seen nearly every aspect of their work at least potentially disrupted by digital technology, from how they reach customers to how they measure their results.

“In many cases, sales teams have not evolved as quickly as the marketing team,” said Jodie Gilroy, CRM application consultant with Green Bay, Wiscon.-based Ledgeview Partners. Gilroy hosted a Webinar on how to improve alignment between sales and marketing teams two weeks ago. She suggested the conversation should start by having both sides agree on how they define the various stages of the customer journey, particularly as it relates to generating or nurturing demand.

“What is a lead to your organization? What is a marketing qualified lead? What is a sales qualified lead and what is an opportunity?” she asked, suggesting that the results are often very different within individual firms.

At the same time, marketing departments have been looking beyond traditional collateral and focusing on content marketing assets such as blog posts or building a presence on social media. In some cases, sales groups aren’t satisfied these activities are really helping get more business in the door, Gilroy said.

Besides continuing to experiment with digital marketing, Boerstra said CMOs and their teams need to spend as much time educating sales groups about how they could help them. “You have to get them into that mindset that there’s a way to get the leads and get information live from your website and information that is timely and relevant based on the real-time feedback from people who are interested,” he said.

One way to do that, he suggested, is to “record everything,” whether it’s videotaping a demo of a new tool or a training session for new employees. Turning such moments into sales-enabling content can streamline efforts over the long term.

WHOSE CUSTOMER IS IT, ANYWAY?
Ironically, one of the things that may be rankling sales teams is the shift within many marketing organizations away from merely talking about their firm’s products and services and the overall needs of their target market. Scot Riches, chief CRM officer at Toronto-based consulting firm Response Innovations, suggested sales teams might have been happier if CMOs left their prospects and leads alone.

“Building brand awareness provides the sales team additional support, making the sales job easier,” he said. “The friction between sales and marketing for the CMO was really around attribution — ‘who gets credit for the sale”‘ — and message consistency, (such as) ‘Is sales staying on message?’”

Now that marketing groups have taken on a more direct-to-customer communication role by speaking with prospective customers through the buying funnel, building relationships with existing customers, and so on, attribution gets harder and message consistency is tougher and more complicated.

“Discussion about who owns the customer has to happen — that’s where you see a lot of that friction between sales and marketing,” Riches added.

ALIGNMENT A,B,Cs
Gilroy is optimistic that, as they spend more time looking at what the organization needs to grow, marketing and sales teams will probably get better at forecasting how many visitors the CMO’s staff needs to get to a web site, for instance, and how many of those need to become viable, “Glengarry-style” leads.

“Developing those goals together will help create a definition of what the two groups are trying to achieve,” she said.

That might be better than concepts like “return on marketing investment” or other key performance indicators (KPIs) that aren’t very meaningful, said Boerstra.

“I get concerned about people coming out with arbitrary measures,” he said. “In one organization you’ll hear that you need (marketing to generate) three opportunities for every one that closes. In others it’s 10 to one. People get fixated on these arbitrary KPIs without necessarily doing the right measurement.”

Riches said one area to focus on might be “handoffs” — where efforts from marketing departments end and where sales picks up the ball. Another step might be ensuring there is buy-in and acceptance on areas where CMOs have decided to invest.

“CRM systems and marketing automation platforms can facilitate more fruitful collaboration, or they can drive a wedge if everyone is not on board,” he said.

CMOs should bear in mind that the changes happening in marketing may be creating perceptions and expectations and make the relationship with sales seem worse than it really is.

“Marketing gets concerned that things aren’t being acted upon, but that’s a natural inclination when you go from not measuring to insight,” Boerstra said. “We’re now moving into a new paradigm where you have complete visibility over what’s happening throughout that entire process. The first thing that happens is that immediately there’s a bit of a shock where sometimes sales aren’t treating what marketing is doing as high a priority as you thought.”

In the long term, there may be no choice for the two camps to act as a united front, Riches said.

“The reality now is that customers expect to engage in more meaningful two-way dialogue with brands and organizations,” he said. “Customers expect it to be one consistent voice, one cohesive unit. And the explosion of tactics and different ways customers consume content can amplify the friction between marketing and sales.”