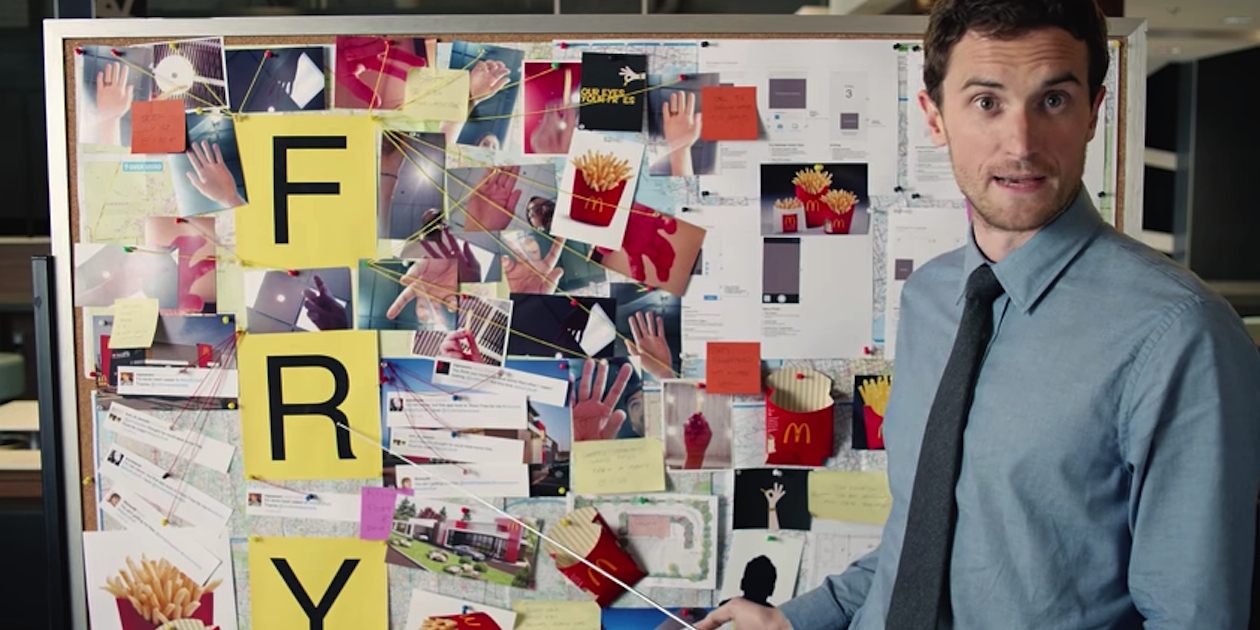 QSR urges consumers to arm themselves against fry crimes or "frimes"

Food security has come a long way since the hamburglar‘s days of burger snatching.

To use the feature, customers simply open the app and place their phone face up on the table next to their fries. They can then “arm” the app when the fries need to be protected, like if they go to the washroom and leave their meal unattended. The app taps the phone’s camera and sensors and when it detects movement sets off a siren and takes rapid photos until it’s disarmed.

“We found that there were both a lot of mentions around loving McDonald’s fries and people stealing them – hence creating the need for Fry Defender,” she said.

The Fry Defender is being promoted with a tongue-in-cheek video about the prevalence of fry crimes or “frimes.” In the ad, an actor claims 99% to 100% of Canadians have been, or will be, victims of fry theft in their lifetime.

While the campaign is clearly satirical, Bagozzi maintains the app is a “practical, real world application” and said the company “encourages anyone wanting to protect their fries to use the tool.”

That said, she admitted the campaign is mostly an opportunity for sharable content. On social and a microsite, McDonald’s will also be sharing posts about the different types of fry thieves and great fry thefts throughout history.