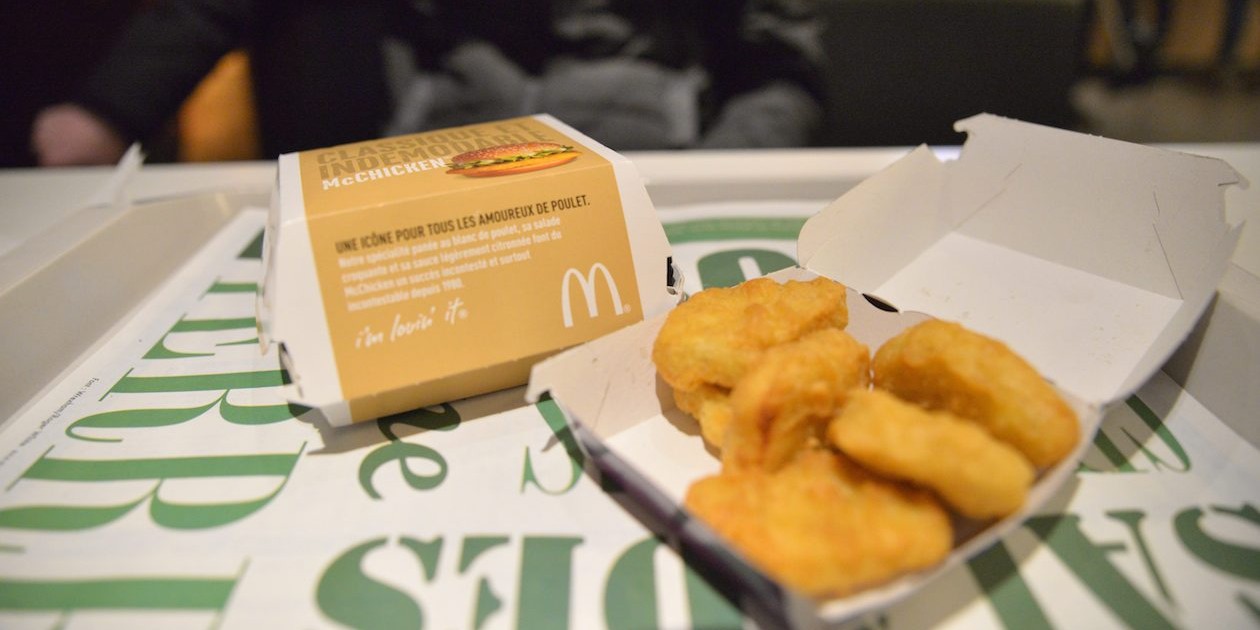 McDonald’s Canada to remove most antibiotics from chicken

McDonald’s Canada is moving to remove antibiotics used in humans from its chicken offerings including the popular Chicken McNuggets, by the end of 2018.

The company’s 1,400 restaurants in Canada, which source all of their chicken from Canadian poultry farmers, said it would work with suppliers to phase out the use of antibiotics that are important to human medicine over the next three years.

“Our guests are telling us that they want these types of changes,” said Rob Dick, senior director of McDonald’s Canada’s supply chain.

Dick said the company has been on a “food journey” over the last few years, introducing healthier options such as salads and wraps.

He also pointed to a McDonald’s Canada announcement last month when the company said it would use eggs from cage-free chickens over the next 10 years.

“Part of this journey we’re on is to let our customers feel even better about the great food we’re serving at McDonald’s,” he said.

Antibiotics are used to stimulate growth as well as protect chickens and cattle from disease. Critics allege that the overuse of the drugs in meat has contributed to the rise of antibiotic-resistant bugs in humans.

McDonald’s Canada said chicken farmers would continue to use ionophores, a type of antibiotic that is not used in humans.

The international fast-food giant’s American arm made a similar announcement earlier this year.

Dick would not say if the company was considering a move to antibiotic-free beef, but he said anyone in the food industry is aware of customer concerns.

Poultry and cattle given antibiotics can also be infected with diseases like salmonella, which can become more resistant to the drugs through repeated exposure.

If those antibiotic-resistant bacteria make their way from the animal population to humans via poor sanitation or undercooked meat, they become much more difficult to treat.

All this has prompted change in the fast-food industry.

For example, rival burger chain A&W, which touts its hormone-free and steroid-free beef in ads, announced last year that its chicken was now free of antibiotics and raised on a diet of vegetable feed.

And just last week, sandwich chain Subway said it would begin selling antibiotic-free chicken and turkey at its U.S. restaurants in March 2016, and planned to phase out antibiotics from all of its meat over the next nine years.

The biggest concern for producers, he said, is Canadian laws need to be changed to make it easier for farmers to get their hands on alternatives to antibiotics, such as probiotics or specialized enzymes that change the microbial environment of a bird’s stomach to be less hospitable to certain bugs.

“We need more access to those alternative products in order to be able to successfully supply some of these new markets that are developing,” he said.

Leech noted in the European Union, which has stricter rules around antibiotic use than Canada, such alternatives are often classified as feed additives, not drugs, and therefore more easy for farmers to put to use.

McDonald’s American head office has been looking for a way to offset declining sales as consumers look beyond the burger for their fast food.

New alternatives such as Chipotle Mexican Grill and Five Guys Burgers and Fries have grabbed market share in the United States, and the company faces the challenges of a transitioning market here in Canada.

Earlier this month, the American restaurants introduced all-day breakfast, a widely requested expansion of the company’s menu that has yet to be adopted here.