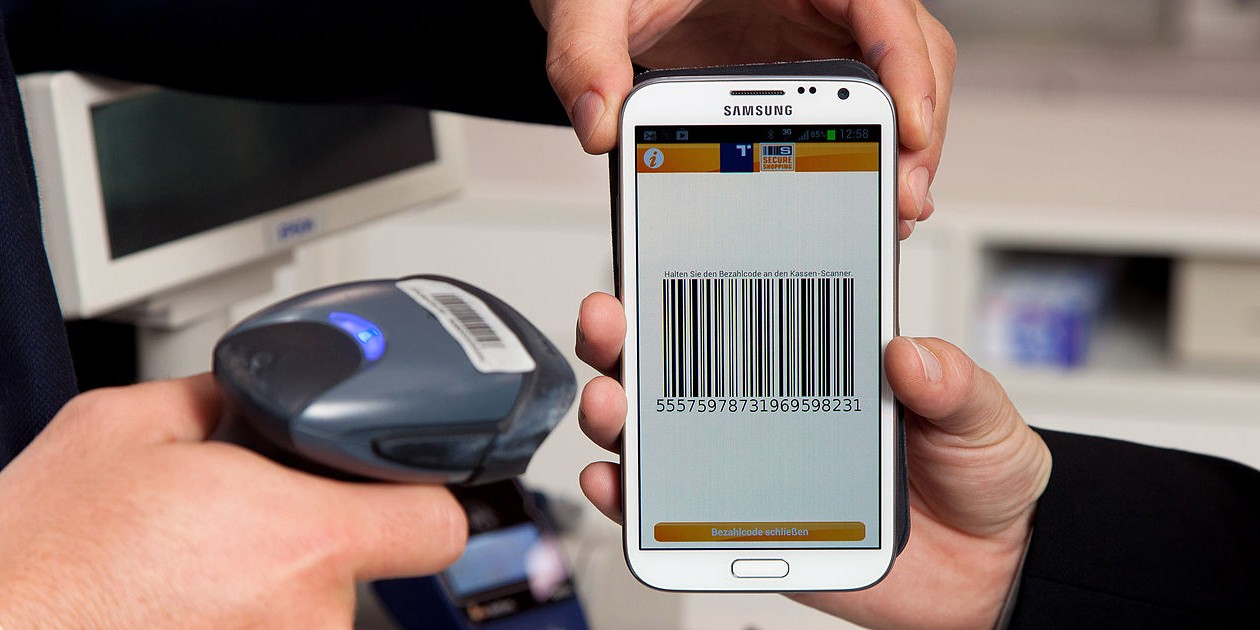 Grocers don’t need to be reminded about the potential of mobile payments. One day, we are told, customers will pay with a swipe of their smartphone. One day, grocers will harvest a treasure trove of shopper data, allowing them to better understand and serve their customers.

It seems that day is finally about to arrive. According to consulting giant Deloitte, 2015 marks a tipping point; the possibilities of mobile are about to become real. This is the year when “mobile payments finally start to go mainstream,” says Deloitte in its latest annual list of tech-industry predictions. Among its top predictions: at least 5% of the 600 million mobile payment–capable smartphones worldwide will be used at least once a month to make in-store payments, a 1,000% increase from last year. To put this in Canadian perspective, roughly 67% of Canadians own smartphones, reports Mintel, the London-based market research firm.

Admittedly, there is little on-the-ground evidence of the coming revolution here. At just about any supermarket in Canada, the vast majority of customers still line up at the checkout, fumbling with wallets and purses when it’s time to pay. But Canadians are shopping more online and the percentage of smartphone users has exploded. Nearly a quarter of Canadians have used their phone to make an in-store purchase, according to a recent PayPal survey.

For time-starved consumers, the appeal is simple. In the most basic version of mobile, they’d use their devices to pay, making the process easier since there would be no more shuffling of credit and loyalty cards. Mobile-wallet apps typically allow consumers to store a number of credit cards and loyalty cards on their phones.

Apps also provide better record keeping, eliminating the need to collect paper receipts. But the greatest opportunity will happen in coming years as more advanced devices and software set the stage for apps that allow customers to scan items as they take them from store shelves and pay wirelessly from anywhere in the store. Goodbye, checkout bottlenecks; hello, lower labour costs and happier customers.

Among Canadian grocers, Loblaw is the most advanced on the mobile front. It’s joined forces with TD Bank on a mobile wallet app, called Ugo, launched in 2014. Customers with Ugo can pay with their smartphones and earn PC Plus loyalty points at the same time. The app is free on Google Pay and iTunes, but users need an enhanced SIM card from their carrier. After downloading the wallet, users input their credit card details, either manually or by holding the card up to their phone with Ugo running.

Currently, Ugo only accepts TD credit cards, PC Financial MasterCard and PC Plus rewards. When a customer steps up to the cashier, they simply hold their phone up to the terminal (it must be compatible with contactless payment) and swipe the screen of their device. Loblaw and TD have said they plan to boost the functionality of the wallet with the addition of debit cards and gift cards from other retailers.

These are early days and the technology can be clunky. Ugo isn’t available on all carriers and the app only works on the latest devices. As well, Loblaw applies a $200 cap on all transactions that use its PC Financial MasterCard and $100 for TD credit cards.

Sobeys also has an app. Customers download it to get free recipes and alerts about in-store specials. The app can also keep track of their loyalty rewards. But it doesn’t have a payment capability. Neither does a similar app that Metro offers; its app mostly provides customers with up-to-date news on in-store deals.

Critics worry that grocers aren’t moving fast enough. In the U.S. and elsewhere, companies are pushing ahead with this form of payment. But there are several reasons to go slow.

Payment is a complex process and it’s fraught with risk. Conventional payment systems are controlled by banks and credit card companies. Part of the promise of mobile is that it puts more of the transaction in the hands of the merchant. If they own a piece of the payment app, like Loblaw, they end up paying less to banks and credit card companies for payment services. They also get better data about their customers, everything from which of their competitors’ stores those customers frequent to what menu they might be planning on a given day. This is gold from a marketing perspective, but it comes with a downside; retailers are getting hit by cyber breaches with increasing frequency, resulting in huge costs in terms of negative publicity. Throw in the expense of compensating customers for lost financial information and it could add up to a material hit to profits.

So far, Canadian merchants such as Loblaw are trying to cut their risk by partnering with banks. That way they benefit from the bank’s expertise and avoid potholes.

The potential profits of mobile are enormous, so it’s not surprising that a lot of companies are looking for a piece of the action. The financial industry may be at the front of the line, but tech companies are close behind. Google has just released its Android Pay app and Apple’s Apple Pay service has been around since October 2014. Both are rumoured to be launching in Canada later this year, and they’re already garnering a lot of attention both at home and abroad.

The prospect of competing with the likes of Silicon Valley giants is a major worry for the Canadian banks that dominate the payment system. A lot of money is at stake. In a conventional credit-card transaction, merchants pay a fee of roughly 3% that’s split between the credit-card company and the bank. (The feds recently announced new guidelines capping credit-card fees at 1.5%, a big relief for retailers.)

Many merchants worry that mobile payments could add even more transaction costs if the banks get their way. “We see it as the potential to be another cost without a lot of benefit,” says Tom Barlow, president and chief executive of the Canadian Federation of Independent Grocers. “But it’s not increasing sales. You’re out of business if you don’t do it because your competitor’s got it, but when everybody’s got it, there’s no advantage.”

Barlow’s main concern is that the banks and credit card companies will find a way to raise fees for retailers who want to use mobile. He doesn’t even buy the argument that customers will find mobile to be more convenient. “Whether you’re putting your credit card up to the terminal or holding your smartphone up [it’s the same thing],” he says. “We really don’t see a lot of upside there.”

Like many industry insiders, he believes one of the biggest opportunities for grocers in mobile is the ability to get up close and personal with customers. With conventional payments–cash, debit and credit card–the retailer has limited ability to track customer purchases. The information stays with the bank, except for giants such as Loblaw, which has its own bank. (Loyalty cards can generate good customer data, but not all grocers issue them, nor do all customers use them.)

But mobile could change that. If merchants own a stake in the payment app, as Loblaw does, they would have access to all that valuable information. Barlow says this could be a major leap forward. “If I’m a retailer, I would be able to link the [mobile payment] technology in the smartphone and be able to tie into all kinds of things,” he says. “I could run a loyalty program tracking customer purchases because now that information is sitting in the retailer’s computer.”

That means things like messaging customers on their smartphones as they enter the store, welcoming them and advising them of daily specials that might be of interest based on previous purchases. Even the experts are only just beginning to get their heads around what this may mean.

The big question now is when is all this going to become real. A major hurdle still to be overcome is that the banks are reluctant. “Banks are having a hard time with this,” says Humza Teherany, chief innovation officer at Compass Group Canada, a leading foodservice provider. He argues that the banks worry that if they don’t handle the rollout of mobile properly, it could open the door to competition from the likes of Apple and Google, as both are eagerly sizing up opportunities in banking markets around the world.

Royal Bank of Canada’s chief financial officer, Janice Fukakusa, recently told an industry conference that one of the things that keeps her up at night is concern over mobile payments and the potential they create for disruption. “We don’t want to let anyone get between a payment or the activity and our clients,” she says. Since the banks currently dominate Canada’s payment system, their participation is key to the future of mobile.

Back in 2012, the Canadian Bankers Association unveiled a set of standardized guidelines for mobile payment, opening a way for any company with the necessary expertise and financial clout to participate. “The goal [of the guidelines] is to ensure safety, security and ease of use for merchants and consumers while allowing for innovation and competition among market participants,” the CBA said in a statement.

The good news is that the infrastructure for mobile is already in place. For the last several years, the grocery industry has been rolling out retailer terminals equipped with near-field communications, a secure platform that allows wireless transactions to go ahead safely.

Jason Davies, head of emerging payments at MasterCard Canada, says NFC-equipped retailer terminals are like the tracks of a railway system that is about to come into being. “I think you’re going to see a proliferation of mobile payments happening and a shift in consumer expectations,” says Davies.