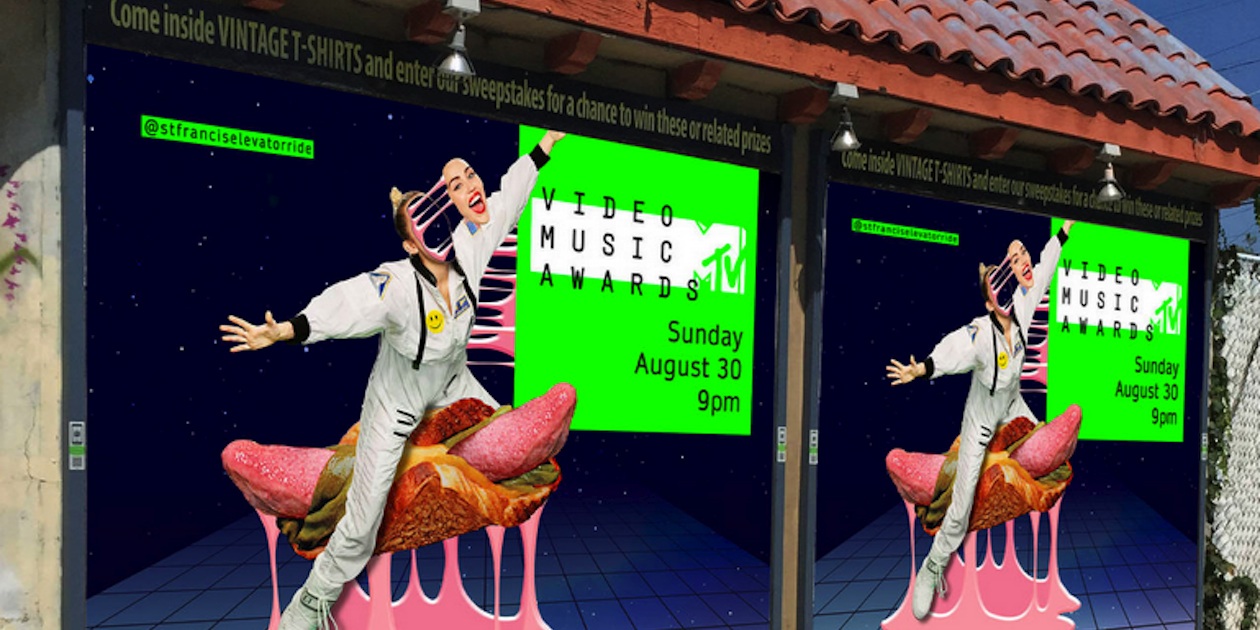 For this year’s annual Video Music Awards, MTV tapped Miley Cyrus to act as host and spokesperson, but the network also brought a little Canadian talent into the mix in the form of Toronto’s Jam3, which created the ad campaign for the awards show.

The campaign launched in earnest on Aug.3 when a series of mysterious OOH ads went live. The billboards, wild postings and transit ads feature Cyrus standing in front of a blank green screen or, even more mysteriously, just the green screen, the VMA branding and the date of the show.

MTV pulled the curtain back on Monday and explained the campaign’s green screens will be replaced with fan art on August 17. Together with Jam3, the network created a site where fans can download dozens of campaign assets to mix together and create their own ads. MTV will select the best creative to feature in its OOH. (Fallon Minneapolis handled the media buy.)

Rather than create an online tool for making the ads, Jam3’s Adrian Belina said the agency and MTV decided to provide all the assets as downloads that fans could then play with in programs like Photoshop. Belina said one of the main inspirations for the campaign was the visual language of fan art that is found on sites like Reddit and Tumblr. “The fan-art phenomenon has been around a while. Artists with huge followings not only encourage it, but showcase it on their own channels,” said Andrei Chahine, vice-president and creative director at MTV. “Once we knew Miley Cyrus was hosting, we knew it was a perfect fit. She is literally a muse for the internet.”

“You really never know what might happen. It’s a totally uncontrolled environment,” he said. “The campaign reflects that promise perfectly in that we’re giving up control by giving people full access to VMA artists and assets and letting them make whatever they want in the name of artistic expression.”

So far, entires include everything from a GIF of Cyrus riding a kitten through a storm of emojis to a photoshopped photo of Cyrus biting into a Moon Man award covered by a hot dog. (The assets include photos of other performers, but the fans clearly seem to prefer Cyrus.)

Each is as odd, colourful and chaotic as the campaign site itself, which Belina said is the intent. “When we were designing the site, it can look one of a million ways. The site’s really strange and odd. We really wanted the site to be as weird as the art it’s featuring.”