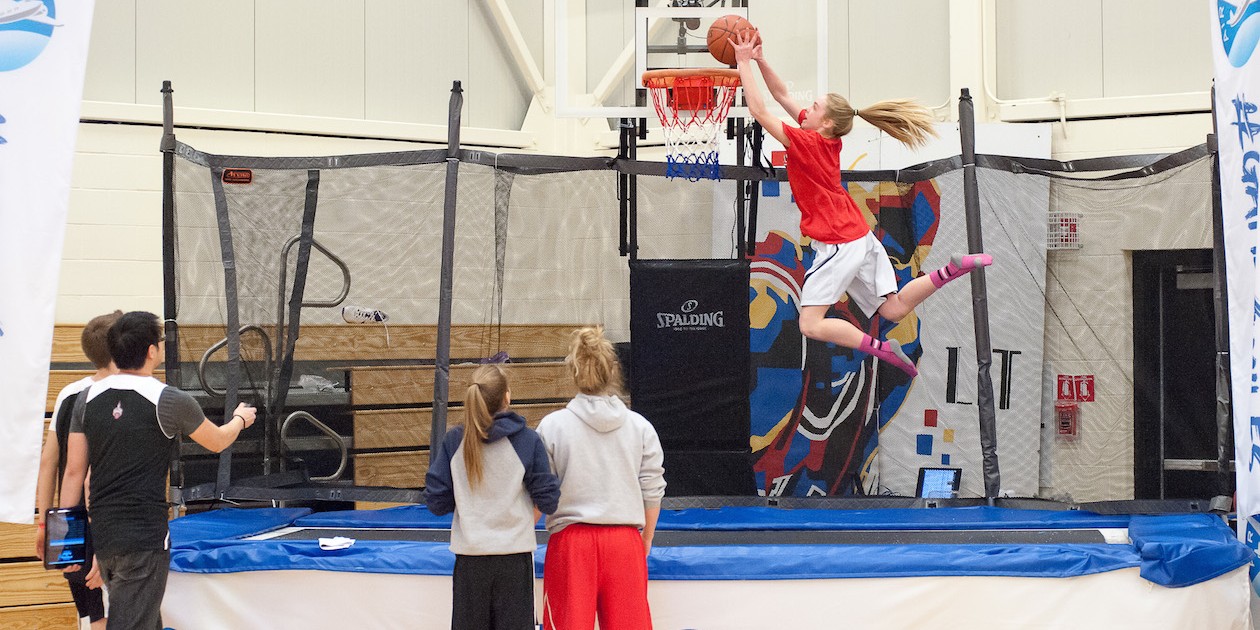 Top dunkers, three- point shooters and skills competitors from across Canada have the chance to make it to the upcoming NBA All-Star weekend in Toronto as part of a challenge that’s being run by the National Basketball Association, Bell and Air Miles.

The Bell NBA All-Star Challenge presented by Air Miles is touring universities in 14 cities in every province, in advance of the All-Star weekend in February.

Basketball is the fastest growing sport in Canada and the All-Star game is coming to the country for the first time, says Rachel MacQueen, vice-president of marketing of the Air Miles Reward Program. “We thought it was a natural opportunity to make sure Canadians from coast-to-coast got the opportunity to get closer to basketball.”

The event includes a search for Canada’s top three point shooters, a dunk contest and a skills challenge. At each challenge, winners receive a prize pack and are added to a national leader board. The top scorers will be flown to Toronto to compete for a national title during the All-Star weekend.

In addition, Air Miles is hosting the Air Miles Flight Deck, in which collectors can show their skills jumping on a trampoline, receiving an alley-oop pass and making a slam dunk.

“We’re using GoPro (cameras) to take pictures of people doing slam dunks, which they can show off to friends via social media,” MacQueen says. Prizes are also being given to slam dunkers.

As well, Airmiles is using the hashtag #Game4Miles, in which collectors can post their photos and experiences from the events and submit questions to a number of NBA legends.

To pre-promote each stop, local influencers are visiting event locations a week early to capture local basketball content and share it on social media.

That decision was made by the NBA, which is trying to interest Canadians in basketball, MacQueen says.

The NBA maintained in conversations that “while it’s great for the game to be in Toronto, for this really to be successful we need to make sure that it’s activated across the country and it can’t just be a Toronto-centric event,” she says.

Air Miles has worked with the NBA for the last year and a half in Canada. It’s hosted campus events on universities with NBA legends and has been a part of the Canada Series of pre-season NBA games in Ottawa, Vancouver, Winnipeg and Montreal. At the exhibition games, Air Miles collectors could access a special entrance, while select collectors received special back-of-house tours and a few collectors got upgraded seats.

Toronto-based ASC Public Relations is handling PR for the NBA for the All-Star Game.