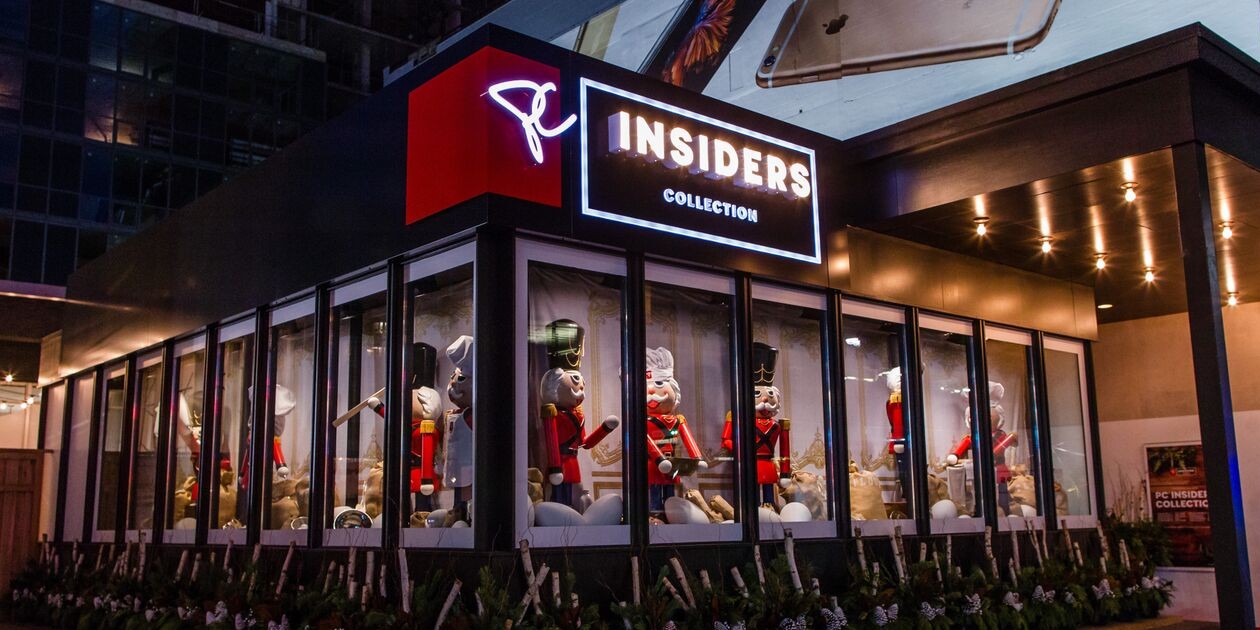 “Preparing for the holidays is no easy task,” reads the website. “Whether you’re entertaining, looking for a new twist on old traditions, or a food-inspired gift, we’ve got you covered.” The interactive site provides product information and recipes.

To promote the collection, Loblaw has opened a pop-up shop downtown Toronto. Shoppers can wander through four whimsical rooms in the President’s Choice Insiders Boutique, sampling curated meal pairings from the line of PC products.

In the brunch room, for example, a wooden train chugs along at waist-level, carrying sample-sized portions of PC Speculoos Cookie Butter and PC Smoky Bacon Flavoured Maple Syrup for attendees to scoop up. The pop-up is free to the public until Dec. 19.

“For many decades, insiders were simply looking for new foods. Today’s insider is looking for new food experiences–from global flavours and inventive recipes, to the ability to share and explore online,” said Uwe Stueckmann, senior vice-president of marketing for Loblaw.

Loblaw sees itself as an innovator in the food world, explained Stueckmann, at the boutique’s launch. PC has taken inspiration from the fashion industry, he said, and the collection is a representation of what flavour trends are in season.

Celebrity chef David Chang echoed these sentiments at the launch, pointing to PC’s selection of thai-inspired appetizers and its sweet and spicy gochujang chicken wings as a “huge signifier” of how shoppers eat today.

“Gochujang–did anyone 10 years ago even know what that was?” said Chang of the Korean condiment, adding that younger shoppers in particular want new and innovative products. 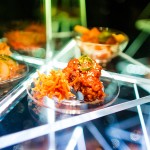 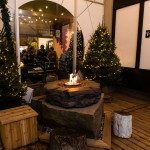 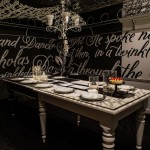 The feeling of the boutique has been mimicked in select stores across the country, accompanied by in-store signage and flyers following the same theme and highlighting the “Must Trys” of the collection. A series of 30-second and 10-second ads will run on TV and online.

In addition, Loblaw has partnered with Shaw Media on the holiday campaign, which campaign kicked off with a half-hour ET Canada holiday special that aired on Global and, for the first time, Food Network Canada.

Going forward, ET Canada will air special reports from the boutique, culminating in a “Year In Review” special in December that will feature ET hosts reviewing the year’s best entertainment moments while eating a PC Insiders Collection meal.

While Loblaw’s campaign is certainly not lacking in size, it’s not the first grocery retailer to draw a line between food and fashion. This past spring Metro signed on as the first and only grocery sponsor of the World MasterCard Fashion Week in Toronto and has an ongoing campaign with Rogers-owned media brands Chatelaine and Flare.

In several issues of Flare, for example, editors worked with a designer, fashion blogger or style-minded chef to create a recipe inspired by runway trends. And at least month’s Fashion week, Flare and Metro hosted an extravagant runway brunch, launching a food and fashion trend report. (Canadian Grocer and Marketing are owned by Rogers.)